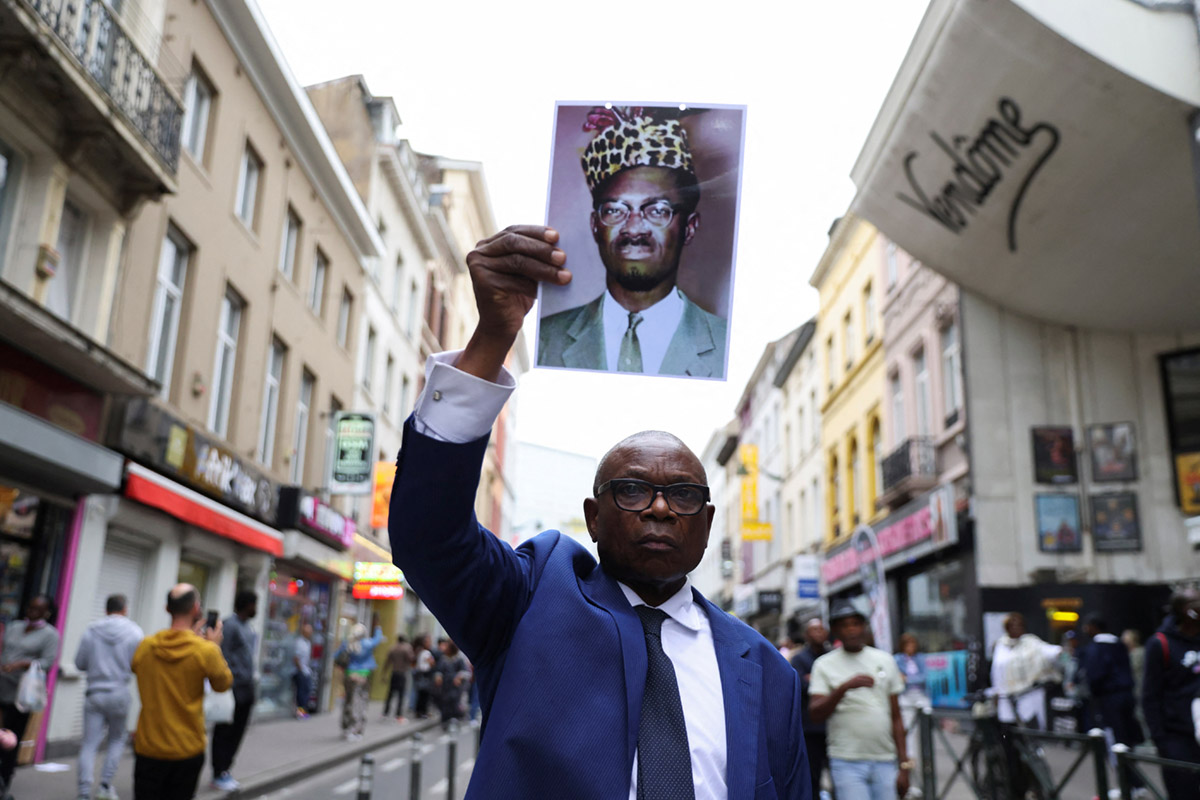 The Belgian government has returned a tooth of Patrice Lumumba to his family, hoping to draw a line under one of the most brutal and shameful episodes in the country’s bloody exploitation of central Africa.
The relic is all that remains of Lumumba, the first prime minister of the Democratic Republic of the Congo, under its earlier name Republic of Congo, and an icon of the struggle against colonialism in Africa, who was murdered by separatists and Belgian mercenaries in 1961. His killers dissolved his remains in acid, though some kept teeth as macabre mementoes.
Lumumba’s son Roland said the return of the tooth meant his family could finally ‘finish their mourning’.
“I can’t say it’s a feeling of joy, but it’s positive for us that we can bury our loved one,” he said. “His soul will be able to rest in peace. It’s important for us.”
A charismatic but volatile pan-Africanist who played a key part in the fight for independence, Lumumba became the first democratically elected leader of his country, then known as the Republic of Congo, in 1960. Within a year, he had become a victim of cold war politics and internal power struggles, as order collapsed in the new state and rebel groups in the mineral-rich Katanga Province sought to break away.
Western officials worried that Lumumba would favour the Soviet Union as a protector and allow Moscow access to strategically critical resources such as uranium.
After a military coup, Lumumba was overthrown, jailed, tortured and shot dead by a hastily assembled firing squad. Forty years later, Belgium acknowledged that it bore ‘moral responsibility’ for his death. The CIA had also laid plans to kill the 35-year-old politician.
But it took decades for the truth about the circumstances of Lumumba’s murder to emerge.

Based on the materials of www.theguardian.com