Belarus will deliver a record number of BelAZ dump trucks to Russia this year – as informed by the Ambassador of Belarus to Russia, Dmitry Krutoi, while presenting a 90-tonne BelAZ vehicle at VDNH permanent exhibition in Moscow 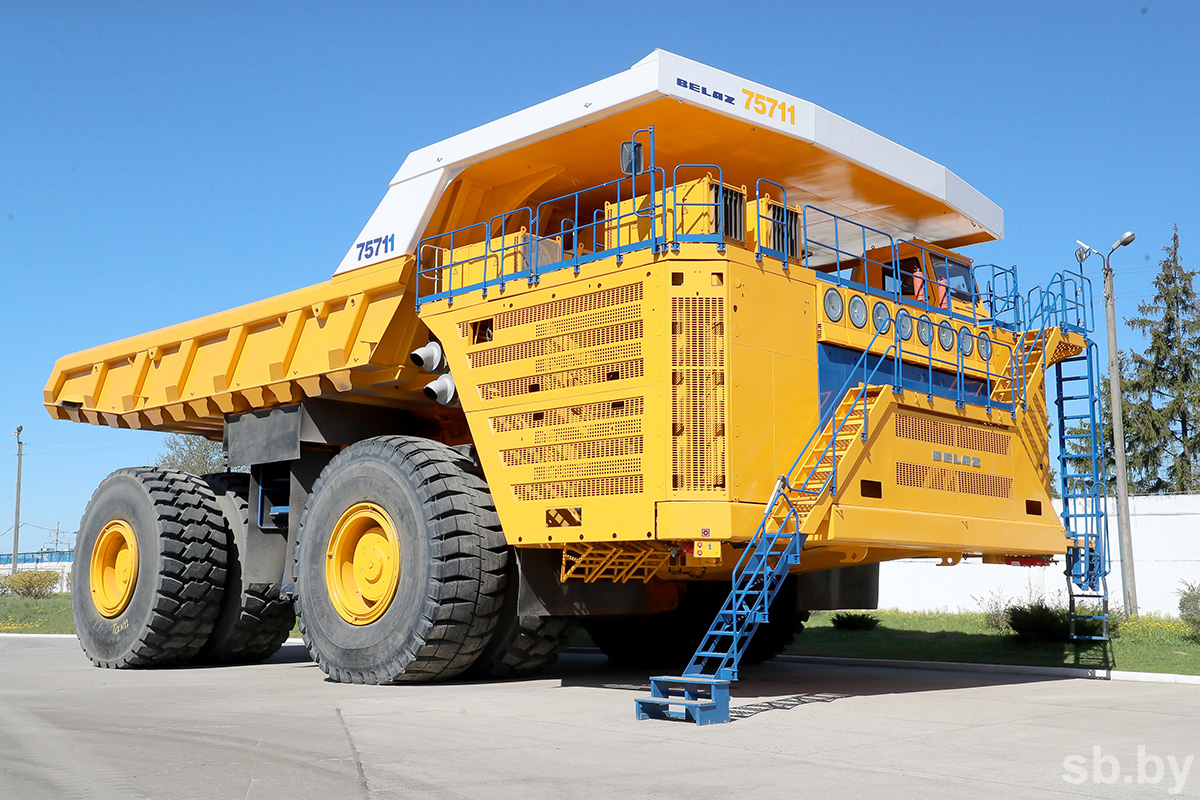 “This year, BelAZ will sell about 900 cars – setting a historical record in Belarus’ relations with the Russian Federation. The company cannot even fulfil all orders regarding certain models and has to postpone them for the next years. Much work lies ahead, but this is pleasant,” the diplomat said.

Mr. Krutoi added that over 11,000 Belarusian heavy-duty dump trucks are currently operating in Russia at coal, diamond and other mines.

“BelAZ strategy aims to partially replace the sanctioned components. There are not very many of them, because – over the past decade – the plant has been very actively engaged in an internal import substitution programme, having invested $1.5bn in a variety of areas, so this is not a critical problem now. However, for BelAZ to successfully compete in the Russian market with the Western European, American and Chinese companies that still work there, it has to allocate serious funds to build service centres. This is the number one task in Russia now, including quarries in Kuzbass and others, and the plant succeeds,” Mr. Krutoi said.

In turn, the General Director of BelAZ JSC, Sergei Nikiforovich, informed about what vehicles enjoy the greatest demand in Russia: these are 130 and 220-tonne dump trucks. They perform well and bring a serious economic effect to the end user. According to Mr. Nikiforovich, the company is currently working on expanding supplies of self-driving cars to Russia as well, and two unmanned 130-tonne dump trucks already operate there. Moreover, there are private companies that are interested in buying such vehicles.