The President of Belarus, Aleksandr Lukashenko, stands in favour of the development of the Belarusian language in society so that people know it well since it is this language that distinguishes the Belarusian nation from others, BelTA reports 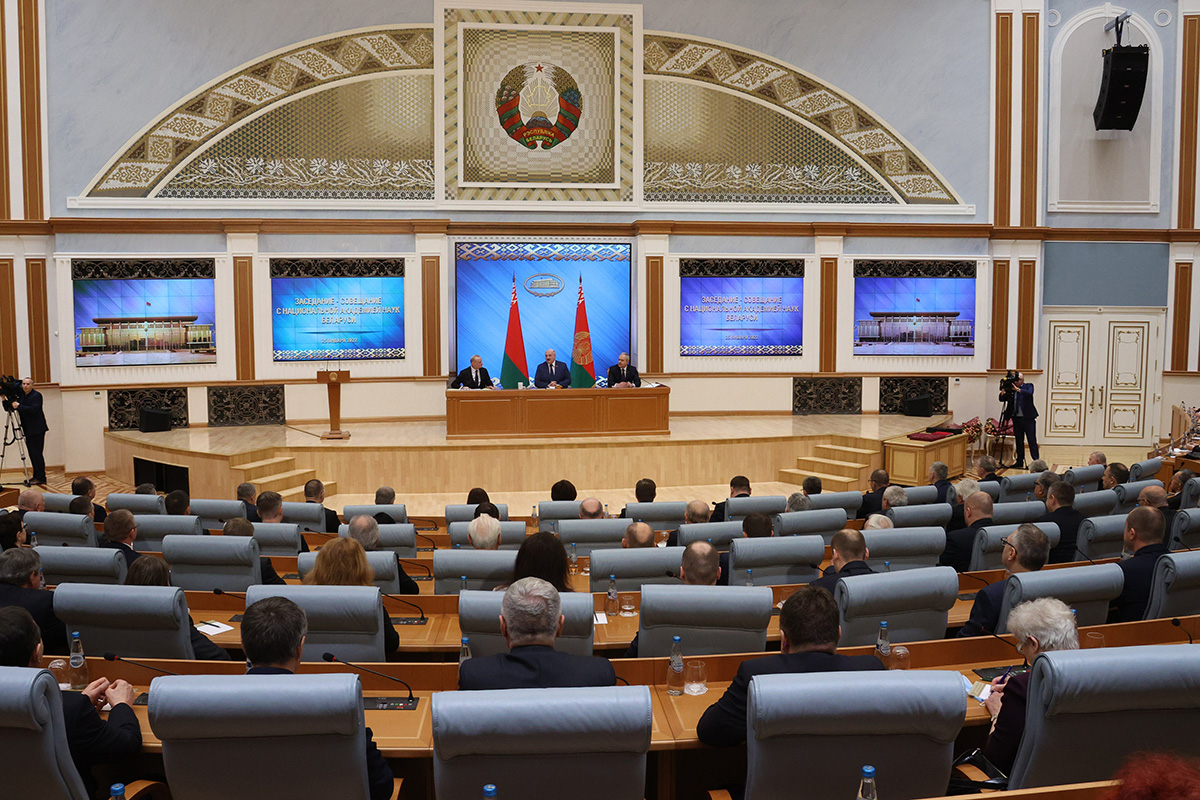 “Under the impression of August 2020, we began to somehow splash murky water… We can lose the point with this. This should in no case happen. Our young people understand this well,” the President said, adding that no soft Belarusification is in mind. “I am not pursuing a policy of soft Belarusification. It is absolute nonsense,” Aleksandr Lukashenko noted.

The President emphasised that there should be no noise and mess in the language issue – as it was observed in times of nationalists in the 1990s. "There was much mess but little sense," he said.

Scientists and representatives of the education sector should also have their say in this regard, the Head of State added.