Marina Lenchevskaya, a member of the Standing Commission on National Security of the House of Representatives of the National Assembly, told the First National Channel of the Belarusian Radio about the proposals voiced by Belarusians when discussing the new Constitution 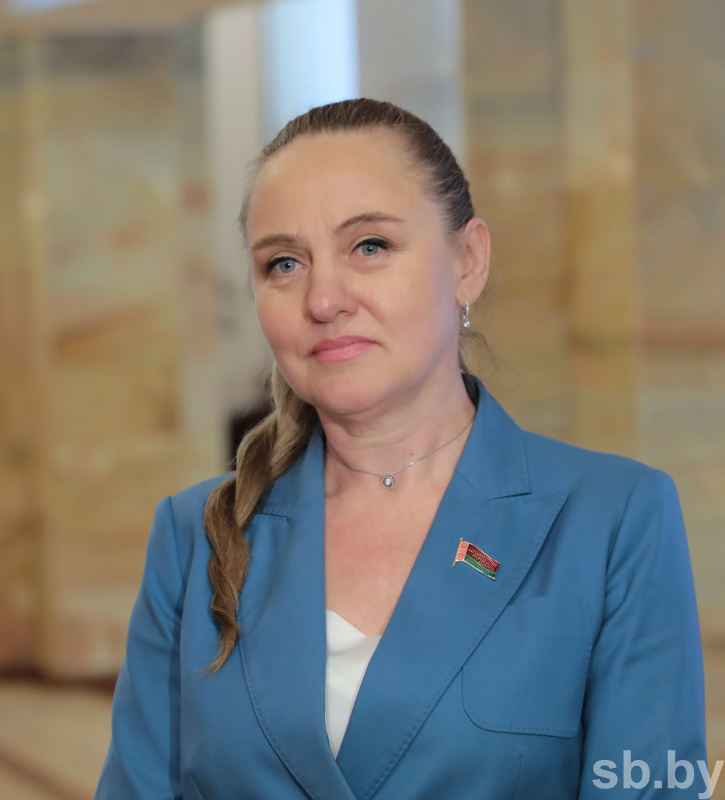 “It was important for Belarusians to ensure that Constitution envisages the routine but very important aspects: traditional family values and historical memory, its preservation. We register this when discussing the draft,” the deputy noted.

Ms. Lenchevskaya added that over 7,000 different proposals have been submitted by now. “We organised these meetings [dialogue platforms] to get feedback. Some changes in the draft indicate that our citizens’ comments are taken into consideration. For example, Article 45 resonated widely; it read that our citizens are obliged to take care of their health. The word ‘obliged’ caused discontent and it was then corrected to ‘responsible’. This is one of the examples that our people are being heard. There was also a proposal to vote not for the draft Constitution as a whole, but its specific articles. Citizens believed that it would be possible to increase the statistics of support for one or another constitutional amendment in this way. Such an initiative was not supported, so we will vote for the draft as a whole,” she explained.

“There were also quite many proposals to return to the previously used text of Article 81 of the Basic Law which now limits the Presidential term in office. At almost every dialogue platform, citizens offered to leave everything as it is. That's right: we have a strong Presidential power, a strong leader. People want him to continue leading our state along the right path. However, we should look at this point from a different angle: we are now talking about a possible transit of power. Certain amendments are introduced to prevent any imbalance in power when it is being reformed. It is important for our country to remain a strong and powerful state. In this regard, a new article devoted to the Belarusian People's Congress is proposed," the parliamentarian added.