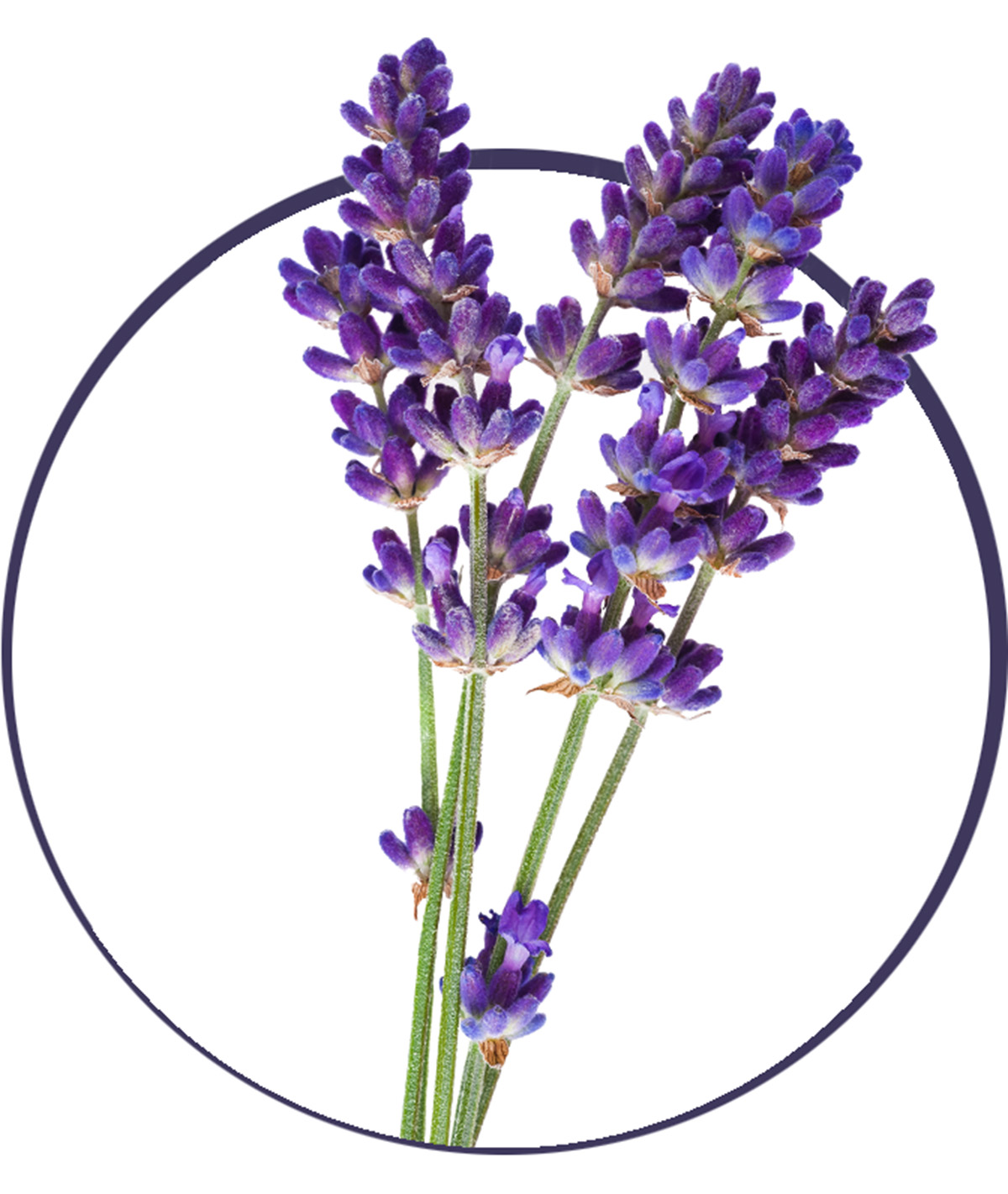 People find their lifework as a result of different events and at different ages. Fate itself shows a person the way, and at a certain moment he or she seems to look at himself or herself from the outside and is surprised: yes, this is what I wanted to do all the time! So our heroine from Mogilev, Inna Chubikova, met more than one clue on her life path that led her to realise her dream — to create a real Belarusian Provence. Now the girl has become a true flower fairy: she has her own lavender field, the beauty of which attracts people from all over the country.

The beginning of the lavender story

Lavender entered Inna’s life eight years ago as a small cutting given by her godmother — almost like in a fairy tale about Cinderella. “She just cut off a piece of lavender from her old bush. What kind of variety it was and where this flower came from, frankly, is a mystery to me. Today, when a lot of literature has been studied, I assume that it was a variety of narrow-leaved lavender ‘Hidcote’. This is the most popular variety of the English rock plant, which is characterised by taller spikelets and richer colour,” she recalls. 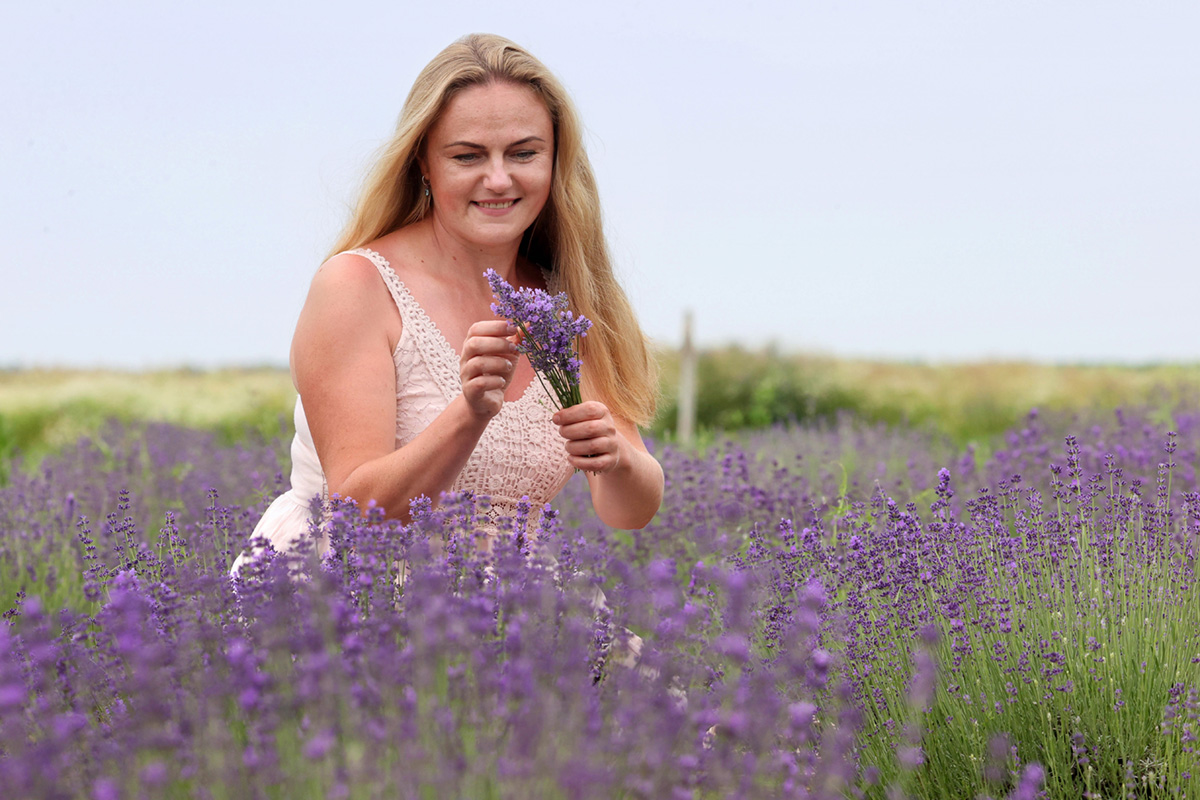 It was only beginning: the cutting grew, Inna collected the ripened seeds and planted the lavender again. “I always remember the day when lavender fell into my hands and always thank my godmother for this. It was during the period when we built our house and I started landscaping the site. Thinking about what and where to place, I came across the work of a landscape designer who suggested planting lavender as a border between buildings. I was so impressed with the idea that all my thoughts were only about it,” a Mogilev resident says.

In the end, Inna planted a lavender path according to a design project that impressed her, “Lavender is a magical plant: no matter how much it is, it is always not enough. And I thought, why not demolish half the garden behind the path. What these cucumbers and everything else are for? Let the lavender grow there! Then it seemed to me that there was too much lawn on the site — half of it was also planted with bushes. As a result, everything possible was filled with lavender, but it was still not enough for me. That’s why I decided to come to the village to my grandmother, till a piece of land and plant my own small lavender field for real lavender happiness.” 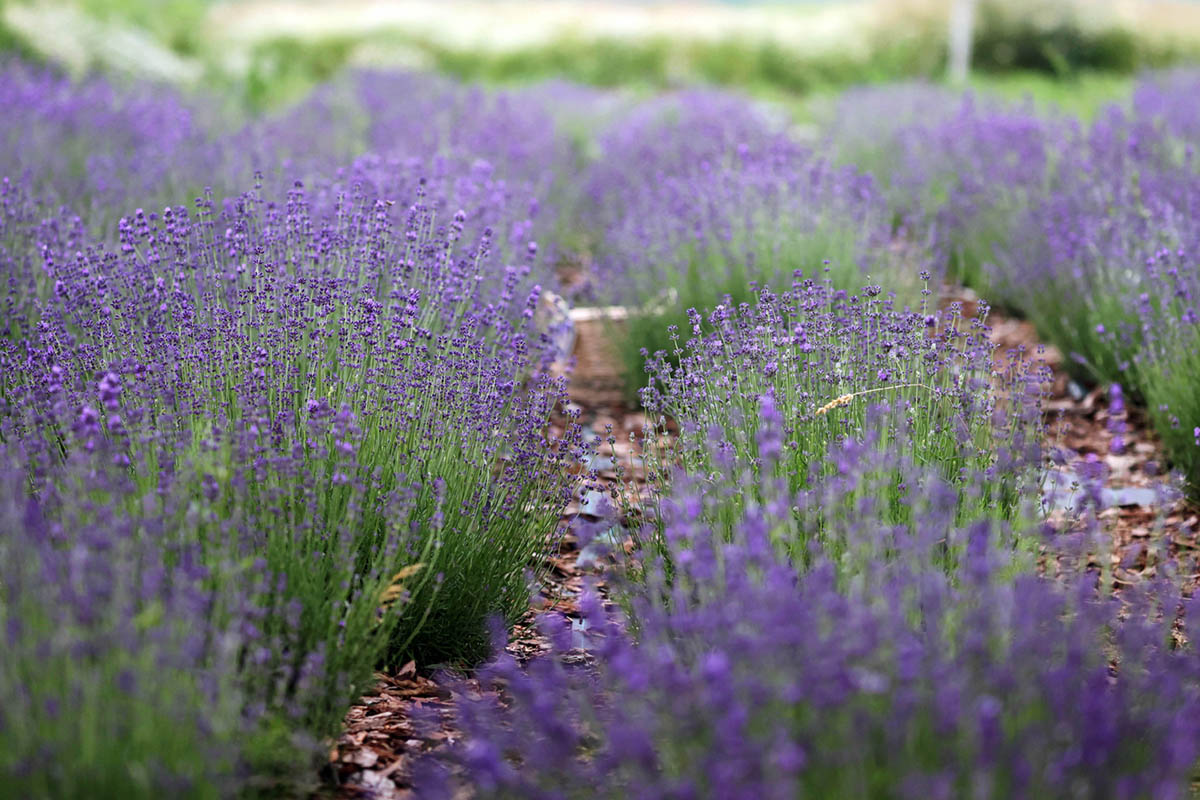 Despite the huge amount of time and work that the care of the plant requires, the woman did not even have the thought of stopping on the way to her dream, because lavender is exactly what gives her inspiration and vitality. By the way, the field has become a local landmark and a favourite location for photographers and travellers: everyone wants to capture the magic of a lavender flower. 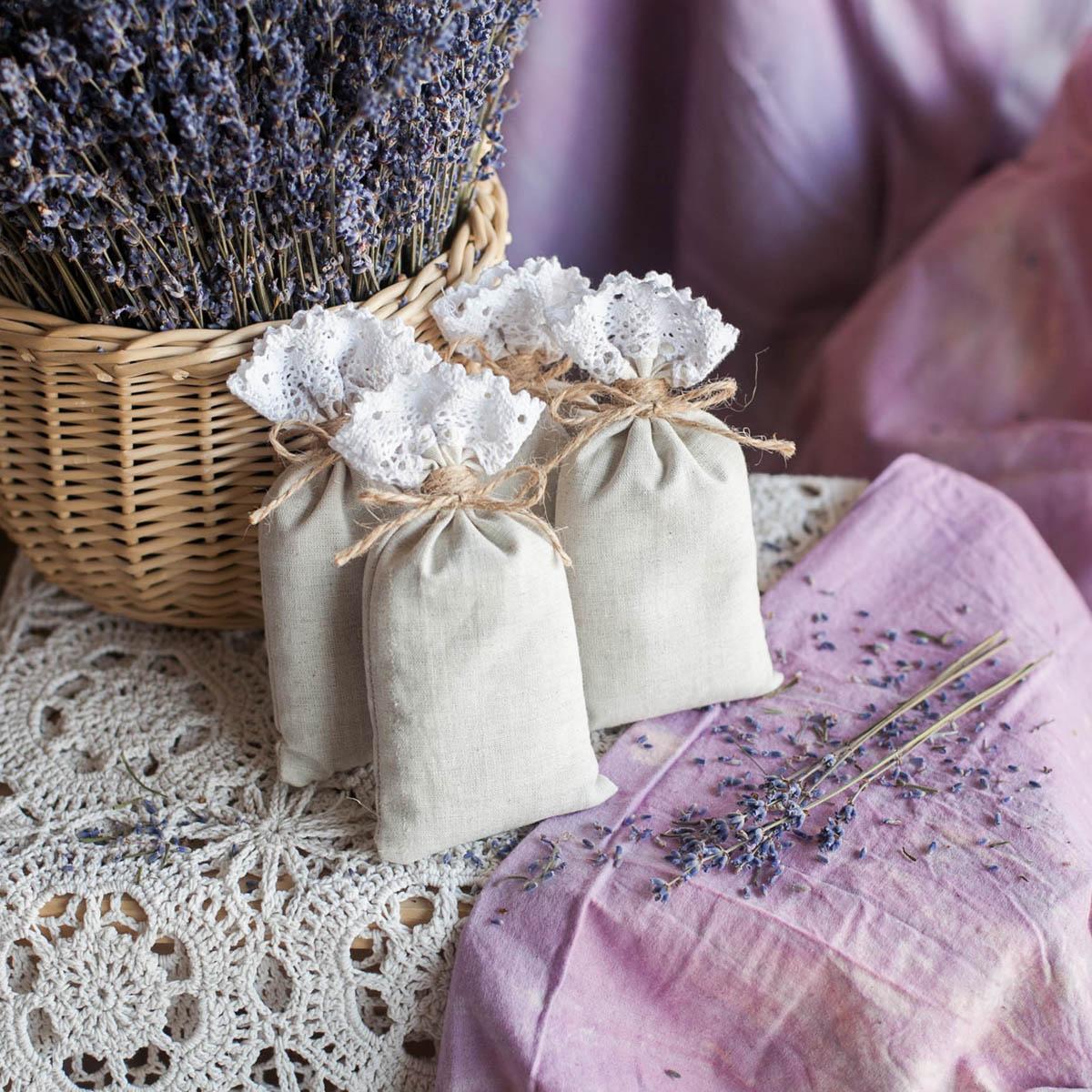 Inna explains, “Initially, I didn’t have any business idea: I thought that just lavender conquered me and I became its devoted fan. The realisation that this is my lifework came quite by accident: I showed a photo of my site to a friend on my phone, and she asked me about the purpose of growing lavender. However, I just admired its beauty. That’s all. After that, I arranged the bouquets in vases around the house.”
The beauty of this unusual flower was once again appreciated by the guy I know. The man was driving to meet his girlfriend at the airport and asked me to cut him a bouquet of lavender for a gift. The next day, his friends called me, who also wanted to please their loved ones with unusual flowers. That’s how the marketing buzz was started, and the hobby began to transform into a small project, part of which was photo shoots in a lavender field. Love stories are also filmed here, people make wedding and children’s photos.

Inna is preparing for the beginning of the lavender season all year long. When it comes, she enjoys every minute of this fleeting moment, “Once the bush has formed, it releases its first spikelets. At first, they are green, but once a purple hue appears, it can be considered that the lavender has bloomed. There is no bright flowering right away, the spikelets are still weak, but even with a soft setting sun one can see purple reflections. Most often, the season starts on June 20th and lasts about a month. Sometimes these dates are slightly shifted.” 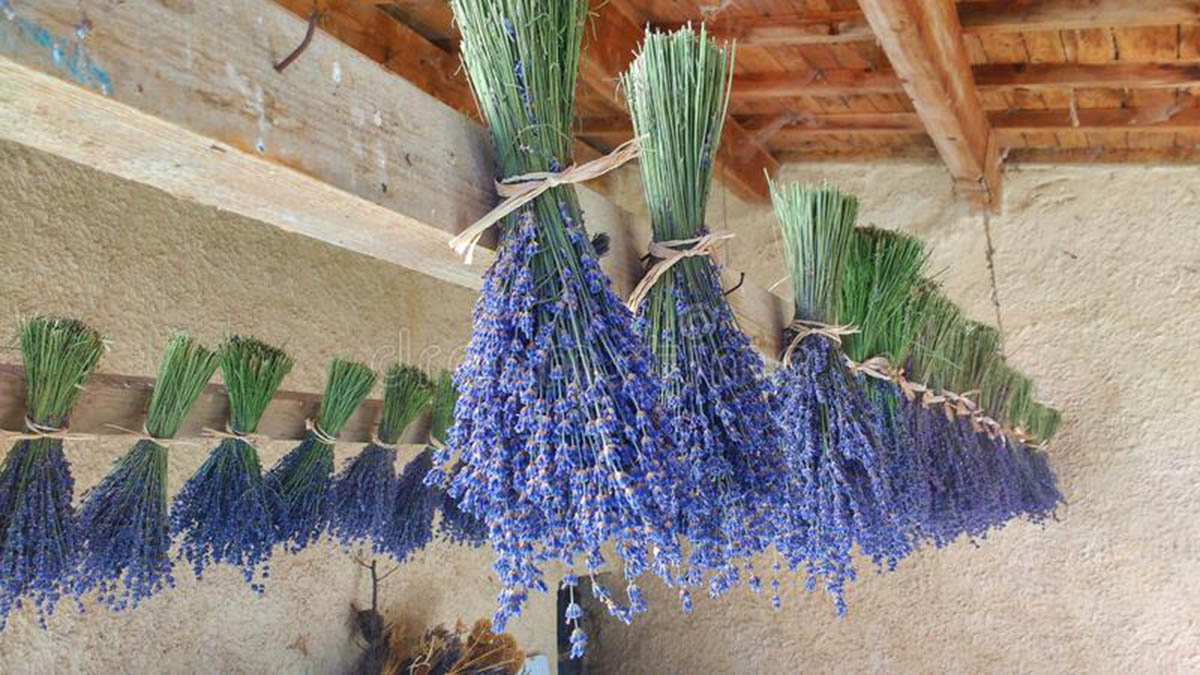 The end of the season as such is rather a conditional concept, because then another period begins for a Mogilev resident. She cuts the flowers to use in floristry to create a lavender mood and fragrance all year long — until next summer. The inflorescences should have a presentable appearance so that they do not crumble and gain as much as possible everything that is necessary from nature — solar energy and fragrant essential oils. Decorative bouquets, aromatic sachets and even marshmallows are made from lavender. 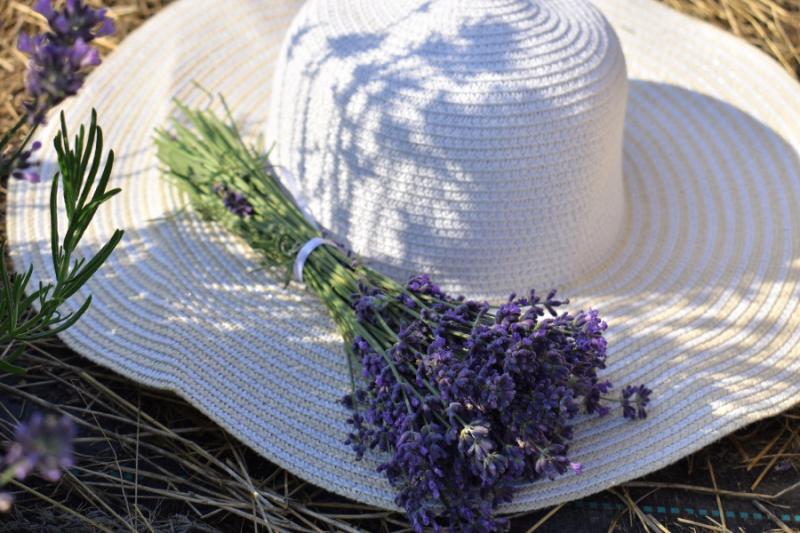 “Floristry is a related activity. I collect various flower compositions for the interior, form bouquets, including mixed ones — with spikelets and other dried flowers, weave wreaths. I have the same sachet pads everywhere — both at home and in the car. The aroma of lavender has an interesting therapeutic effect: the plant has a sedative effect, but at the same time it allows one not to lose concentration. This energy exchange is another reason why I love it,” says Inna.
Bouquets of lavender are different. It turns out that there are so many ways to arrange them: using different techniques and technologies, however, in different sizes. By the way, ideally laid out ‘sheaves’ are very popular, where each spikelet is laid in a spiral. There are bouquets in a free style — it all depends on the preferences of the addressee. Inna remembers examples when a flower won even men’s hearts — it was the only thing they wanted to see on their holiday.


Living outside the box

Today, 500 bushes flaunt and smell fragrant on the lavender field with an area of 1,600 square metres, next season another 1,500 ‘kids’ will be planted here. They will turn into full-fledged bushes only in the fourth year of life. With a proper care, it will delight with its beauty for as long as 20 years. 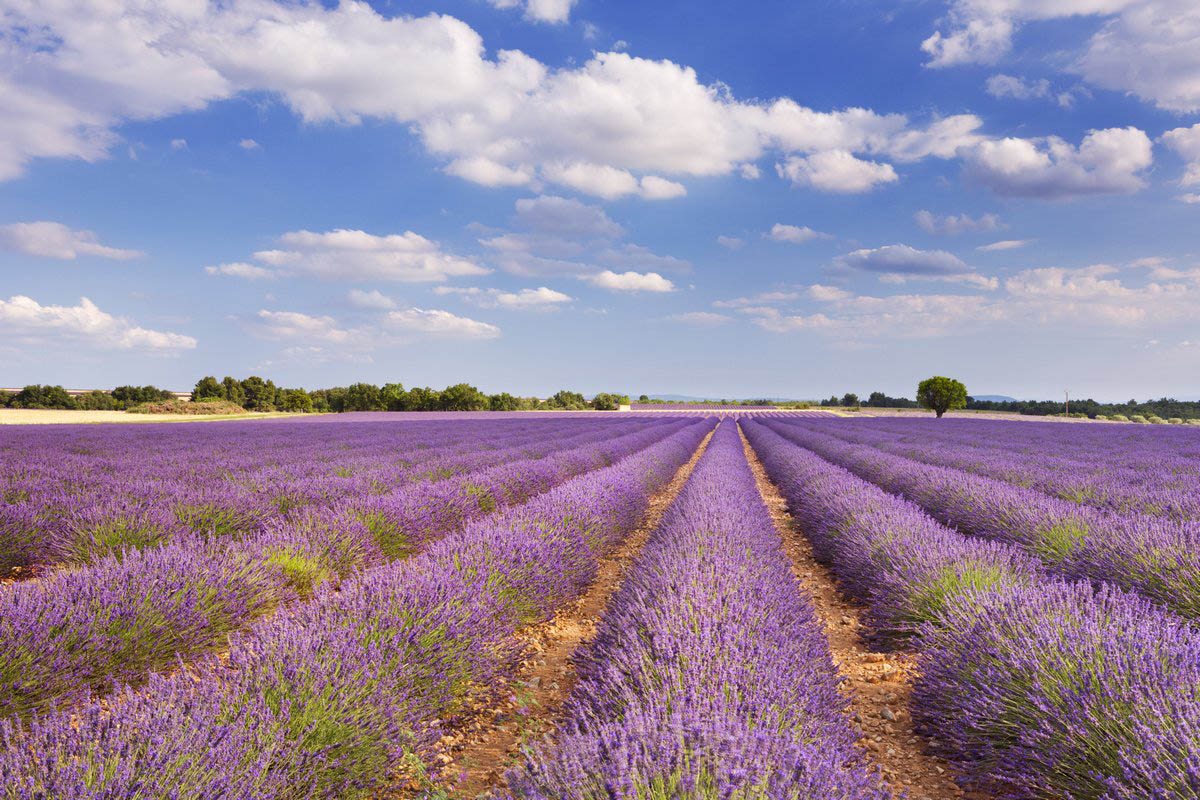 “It is important to find like-minded people in every hobby — people who appreciate and understand this beauty. I like to live and do something outside the box, not like everyone else. I know myself well: no matter how hard it costs me, I will still grow lavender. Furthermore, I want it to be in a big way and exciting in the future. And sooner or later, I’ll get it,” concludes a Mogilev resident.