An appeal of deputies of the House of Representatives and members of the Council of the Republic of the National Assembly of Belarus to the world community in connection with the situation around Belarus, adopted on June 10th, 2021, has been distributed as an official document of the 75th session of the UN General Assembly 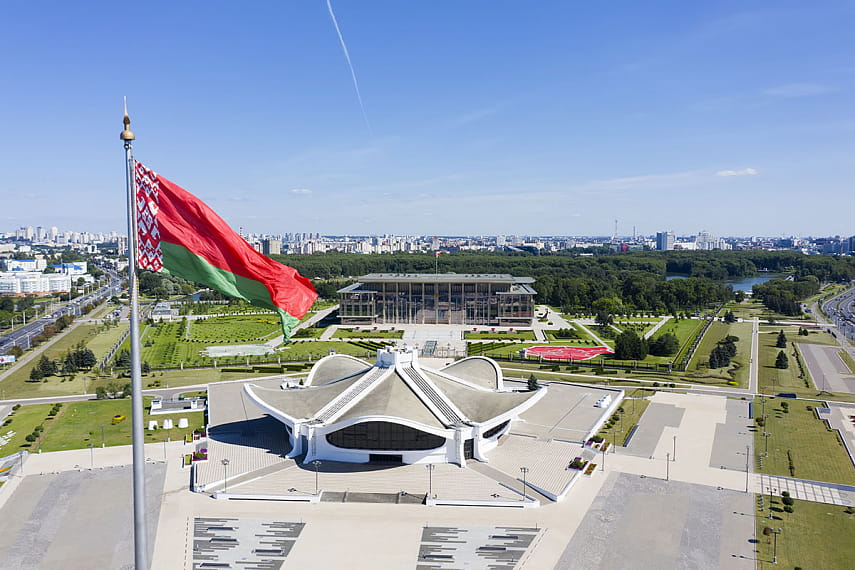 The appeal reads: ‘We, deputies and members of the Council of the Republic of the National Assembly of the Republic of Belarus, as authorised representatives of the Belarusian people, appeal to the world community to objectively assess the situation developing around our country when – under the guise of fighting for democratic values – an aggressive comprehensive pressure on the sovereign state and its citizens is in place, in addition to a gross violation of the basic principles of international law on non-interference in states’ internal affairs. Such actions pose a real threat to international peace and security, violate the universally recognised provisions of the United Nations’ Charter, of which our country was one of the founders. Independence, human potential development, economic growth and strengthening of Belarus are an obvious basis for our citizens’ well-being and a guarantee of geopolitical stability in a vast region connecting Europe, Russia and Asia’.

The authors of the appeal believe that – instead of supporting and developing mutually beneficial co-operation – some states are actively contributing to destabilisation of the situation in Belarus. Massive information aggression – aimed at involving our citizens in destructive activities to stage a coup and at forming an extremely negative image of the country in the international arena – has been launched against us.

The appeal continues: ‘Unprecedented and unjustified sanctions are being imposed. The actions aimed at depriving the Republic of Belarus of the rights to hold international sports competitions and participate in artistic and professional competitions, bans on air traffic, discrimination against companies and organisations and, ultimately, ordinary citizens of our country look absurd.

Belarusians will bear these tests since we have something to lose. In the 20th century, we restored our country twice: from ruins of the 1941-1945 Great Patriotic War and in the wake of the Soviet Union collapse in 1991. Strong government and strong law enforcement bodies made it possible to prevent Belarus from turning into another hot spot on the political map of the world. Ordinary Belarusians feel involved in the country’s creation and understand their responsibility for its future.

The political and economic pressure on our country fails to stop now but it rather gets stronger. The stated goal is to promote democratic values and freedoms. However, it is completely different in reality: to undermine the economic potential of our country, slow down its development, curtail social programmes, deteriorate people’s well-being and, as a result, break the sovereign Belarusian statehood, form a zone of economic, geopolitical, social instability in the centre of Europe which is already experiencing a series of crises — migration, economic and the COVID-19 pandemic related. We appeal to our foreign partners to respect the principles and norms of international law in their relations with Belarus since it will be difficult to resume their significance if they are once disregarded.

We are ready for dialogue, but not for pressure. We responsibly declare that any attempt to encroach on our right to independent development are futile and short-sighted.

We call on the international community to speak against the unjustified, counterproductive and discriminatory policy towards the Republic of Belarus, to show solidarity with our country in defending the right to sovereignty and peaceful life, to return to responsible and constructive interaction for the benefit of all countries and peoples – in the name of peace, security and prosperity’.