The Orthodox and Polish Roman Catholic churches that look more like ancient fortifications are common in Belarus. The architectural heritage of the Middle Ages today impresses tourists, and once saved lives in a string of endless wars.

According to legend, it was in the vicinity of this temple at the end of the 14th century that Prince Vitovt was hiding from his cousin Jagiello, who wanted to kill him. One can readily believe in a beautiful story when one looks at the massive walls, loophole windows and towers for observing the enemy. For a long time, scientists insisted that the building was built no earlier than the beginning of the 16th century. They were wrong! Recent archaeological excavations have proven: not later than 1320. 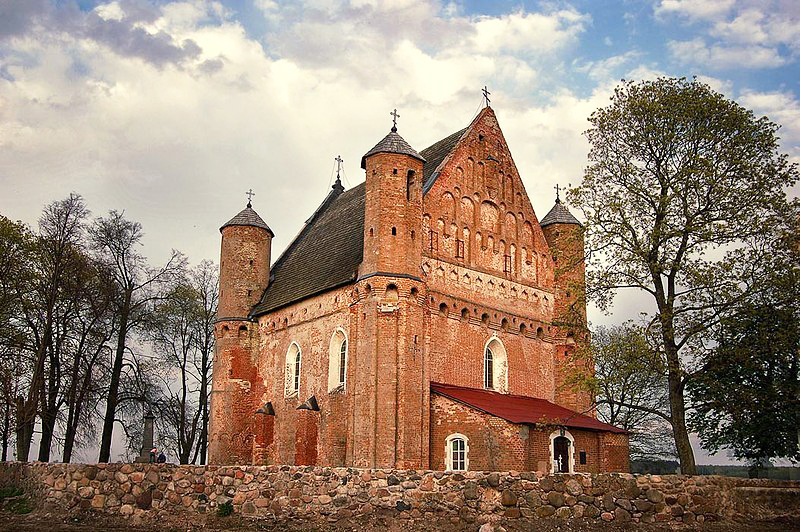 St. Michael’s Church from a red brick is actually located in an open field. The current parish is small, but the doors are always open for pilgrims. The rugged exterior contrasts with the warm atmosphere inside. The decoration has both Gothic and Byzantine features. There are ancient inscriptions in Greek, Latin and Church Slavonic.
However, there is always a long queue of pious girls from all over Belarus to the icon of the Virgin, called The Tsaritsa. They say that the image helps to get married happily.
Where: Synkovichi, Zelva District, Grodno Region


Church of St. Michael the Archangel

Dreamed of seeing the Sistine Madonna, but is it difficult to get to Dresden? Drive to Gnezno. In the church of St. Michael the Archangel, a local artist painted the altar no worse than Raphael. The imposing red-brick tower looks modern, but it was actually built at the dawn of the 16th century. Thick walls served as protection for local residents not only in the Middle Ages, but also during the First World War and the Great Patriotic War. 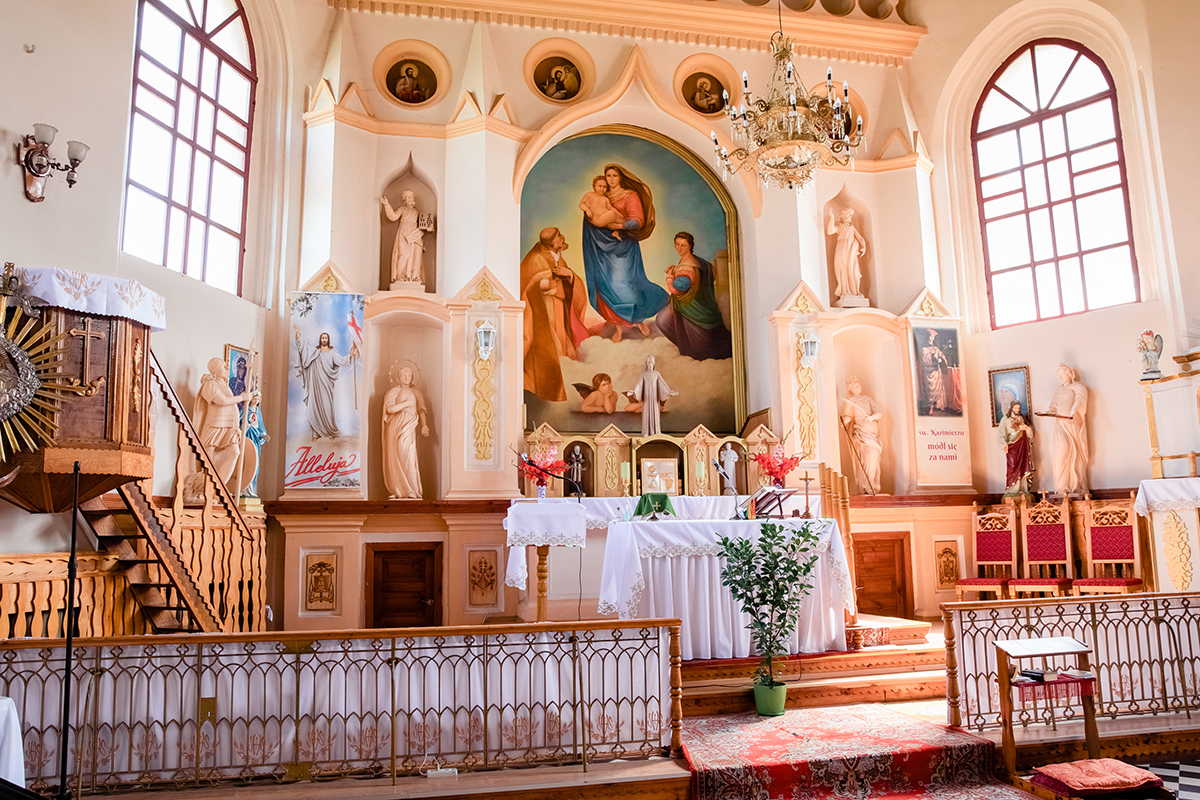 The ancient temple has an amazing history. It was built on the site of a pagan sanctuary. And at some point, the owner of the town, Jerome Chodkiewicz, gave the church to the Protestants. Not for political reasons or religious beliefs, but to spite his wife, so that she would spend less time outside the house.
Where: Gnezno, Volkovysk District, Grodno Region


Church of the Nativity of the Blessed Virgin Mary

The main attraction of the village of Murovanka is a 16th-century church in the Gothic-Renaissance style. For several centuries, it has repeatedly moved from one denomination to another. But in our time it has returned to Orthodoxy, in which it was initially erected. Attentive tourists can see traces of bullets and buckshot on the walls — during the wars, the Church of the Nativity of the Blessed Virgin Mary was repeatedly attacked by the enemy. 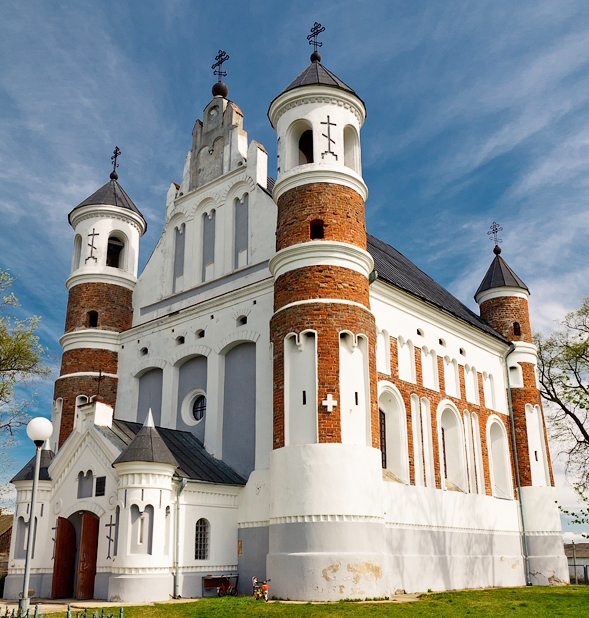 In the 19th century, Emperor Alexander I of Russia paid attention to this church. By his order, the building was given the shape that it has today. At the corners of the building, towers with loopholes have been preserved, which are reminiscent of wartime times. If one wishes to look inside, it’s possible to see the church on Sunday or on church holidays — these are the rules of the village church.
Where: Murovanka, Shchuchin District, Grodno Region

Church of the Transfiguration

The snow-white Church of the Transfiguration is striving upwards in the heart of the city-museum of Zaslavl. Originally it was Calvinist, now — Orthodox. It looks like a real fortress from the outside, which is partly true. 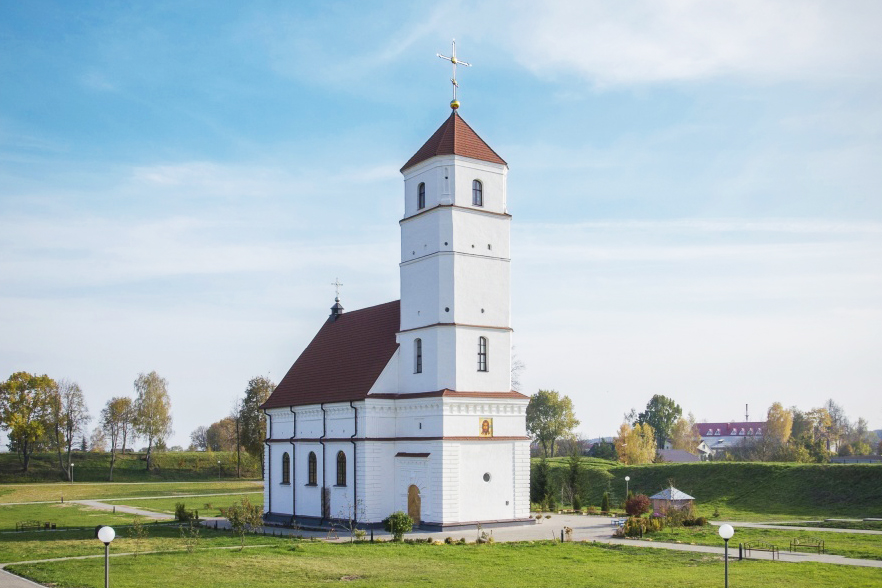 In the Middle Ages, it was the church that served as the last refuge for the townspeople hiding from uninvited guests. The cathedral was built in the second half of the 16th century on the territory of a fortified bastion, the remains of which are still clearly visible. The church is surrounded by earthen ramparts and powerful ditches, and on the belfry tower one can see loopholes — it used to be a sentinel.
Where: Zaslavl, Minsk Region

Church of St. John the Baptist

One of the oldest Polish Roman Catholic churches in Belarus was built in 1603-1606, but already in the middle of the century during the Russian-Polish war it was burned down and rebuilt in a new way. During the Northern War, the Swedes fired on the church from cannons, but they never took it. During the reconstruction, the enemy cannonballs were walled up in the walls, where they remain to this day. 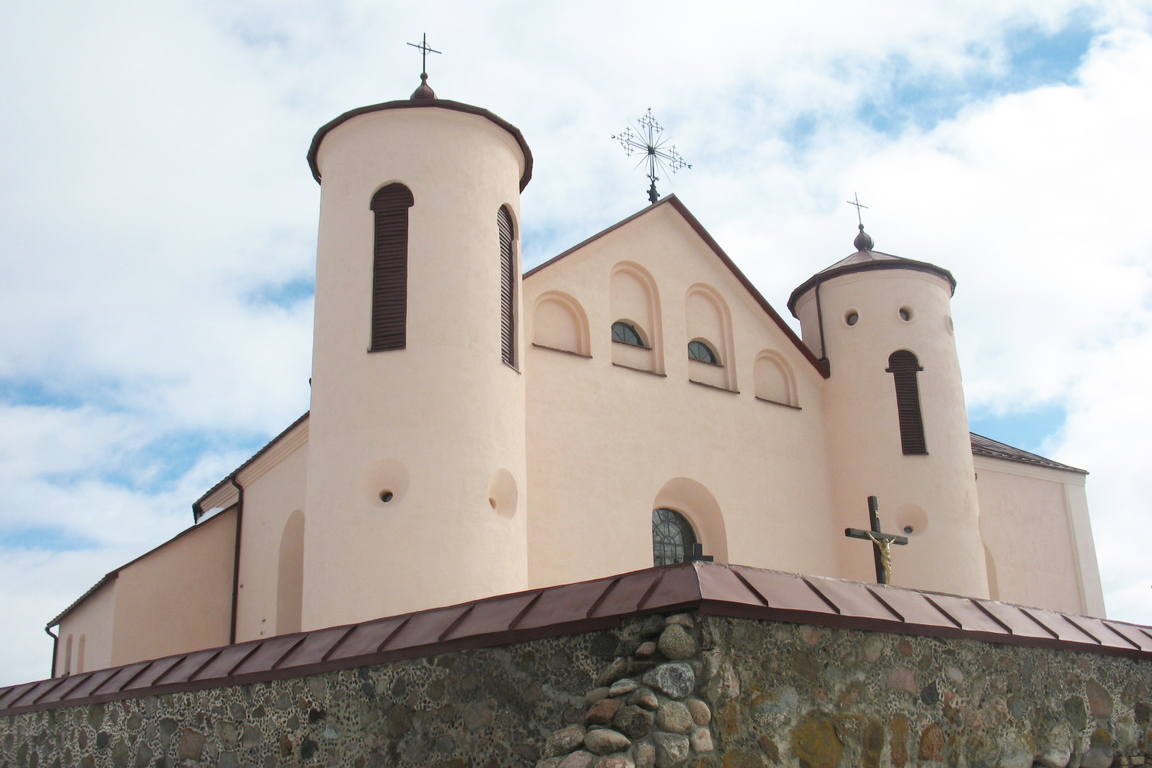 Despite the ‘combat’ biography of the temple, its interior decoration impresses with elegance. Openwork paintings under the vaults, glass chandeliers, icons in gilded frames. The main decoration is the oldest organ in Belarus, which was presented to the temple for the tercentenary.
Where: Kamai, Postavy District, Vitebsk Region