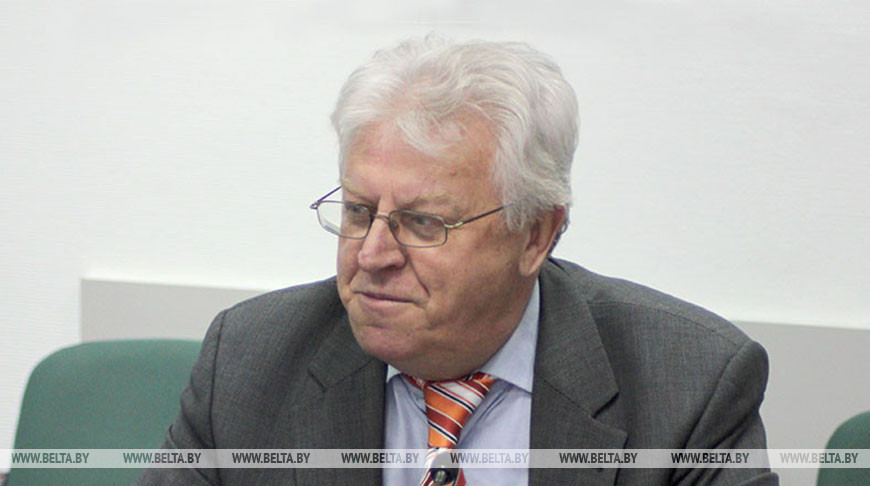 “The Belarusian economy is successfully adapting to new conditions – as best evidenced by the results of work in the first four months of the year. The Belarusian Rouble exchange rate is strengthening, while exports also increased significantly – by 5 percent in Q1. At the same time, a record positive balance worth a billion of US Dollars has been registered, and average profitability of sales of Belarusian industrial products has approached 10 percent. This is more than enough to service credit obligations and pay wages on time. Inflation has almost stopped – and this is another important point. A slight drop in GDP is actually insignificant for the economy in the current conditions,” Mr. Kovalev noted.

According to him, Belarusian enterprises and businesses need to sharply enhance efforts to change partners, especially with regard to imports. As for exports, supply logistics need to be significantly changed. Mr. Kovalev believes that there is a serious restructuring of trade flows at present, and much work lies ahead.

“There is confidence that the energy and perseverance of the country's leadership will make it possible for our exports to remain at the achieved level in the second quarter. In my opinion, in the current conditions, the Government and the National Bank are doing everything they can, while promptly solving emerging problems,” Mr. Kovalev stressed, adding that steady operation of enterprises is of great importance now.

“Import substitution is another priority. This is not simply a window of opportunities, but primarily a matter of economic sovereignty. Close liaisons with Russian partners are necessary in this work. We know that industry working groups have been created to oversee different branches. Joint projects have been outlined for the machine-building complex and production of chemical products – worth $2.6bn. It is very important to involve small and medium-sized businesses in co-operative technological chains of our flagships instead of foreign suppliers who have left the market. This will enable Belarus to significantly increase its exports to Russia and get closer to a positive balance in trade with the neighbouring country,” he noted.

According to Mr. Kovalev, it is also important to reduce the costs of enterprises that purchase materials and components in foreign markets. “I am convinced that this all will enable the economies of Belarus and Russia to develop successfully in the future,” he concluded.