On August 18th, State Secretary of the Security Council of the Republic of Belarus Aleksandr Volfovich held bilateral meetings in Tashkent with Director of the Executive Committee of the Regional Anti-Terrorist Structure of the Shanghai Co-operation Organisation (SCO RATS) Ruslan Mirzaev and Secretary of the Security Council under the President of the Republic of Uzbekistan Viktor Makhmudov, BelTA reports 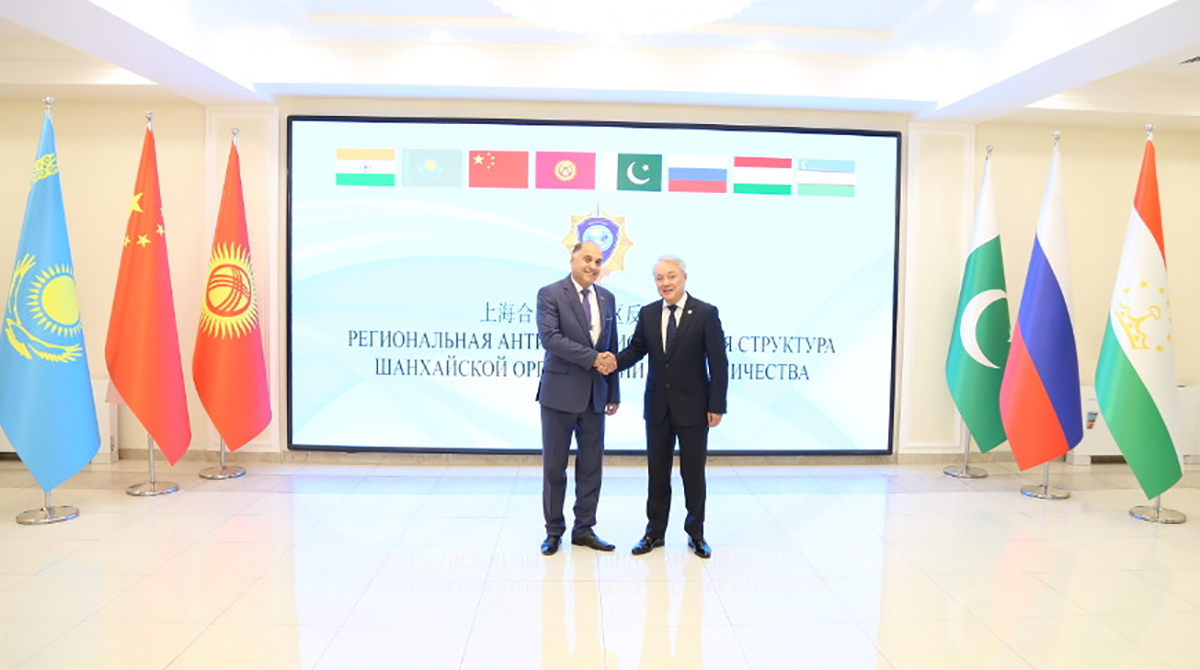 Photo: secretariat of the security council of the republic of belarus

The Belarusian delegation arrived in the capital of Uzbekistan to participate in the 17th meeting of the secretaries of the security councils of the SCO member states. During the meeting with the Director of the Executive Committee of the SCO RATS, an exchange of views took place on topical issues on the agenda of the permanent body of the Shanghai Co-operation Organisation. The parties confirmed their interest in actively developing interaction in order to improve the system of international and interstate measures to combat extremism and terrorism.

A thorough exchange of views took place with the Uzbek colleague on assessments of new challenges and threats in the Eurasian space. The results of joint work following the results of last year’s visit of a delegation of the Office of the Security Council under the President of the Republic of Uzbekistan to Minsk were discussed, and promising areas of collaboration between the offices of the security councils were outlined.

Aleksandr Volfovich thanked Viktor Makhmudov for the warm welcome and hospitality extended to the Belarusian delegation on Uzbek land.