The international 100 Ideas for CIS youth contest finished in Kapan, the youth capital of Armenia. Our country was represented by ten projects which had previously won the 100 Ideas for Belarus Republican competition. 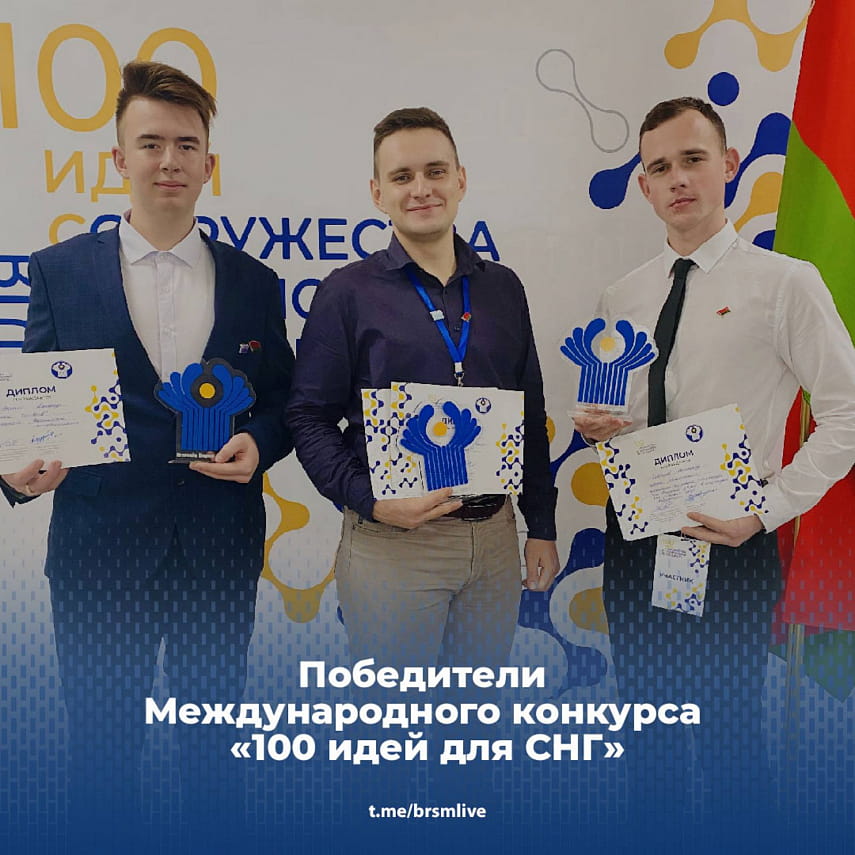 In the Safety category, Aleksandr Pivovarov and his project – Using Technology to Work with Gasoline Cutter When Opening Doors in Inhospitable Environment – won. The Gesture Bot of Ilya Ivanov, Nikita Kudinov and Denis Susalko was acknowledged as the best development in the Production Technologies and Industrial Infrastructure category, while Aleksandr Baranov's Eco-Dark project topped the Rational Use of Natural Resources nomination.