Belarus will enhance exports to Oman where Belarusian food, machine-building and high-tech products are in demand – as informed by the Chairman of the Standing Committee of the Council of the Republic of the National Assembly on International Affairs and National Security, Sergei Rachkov 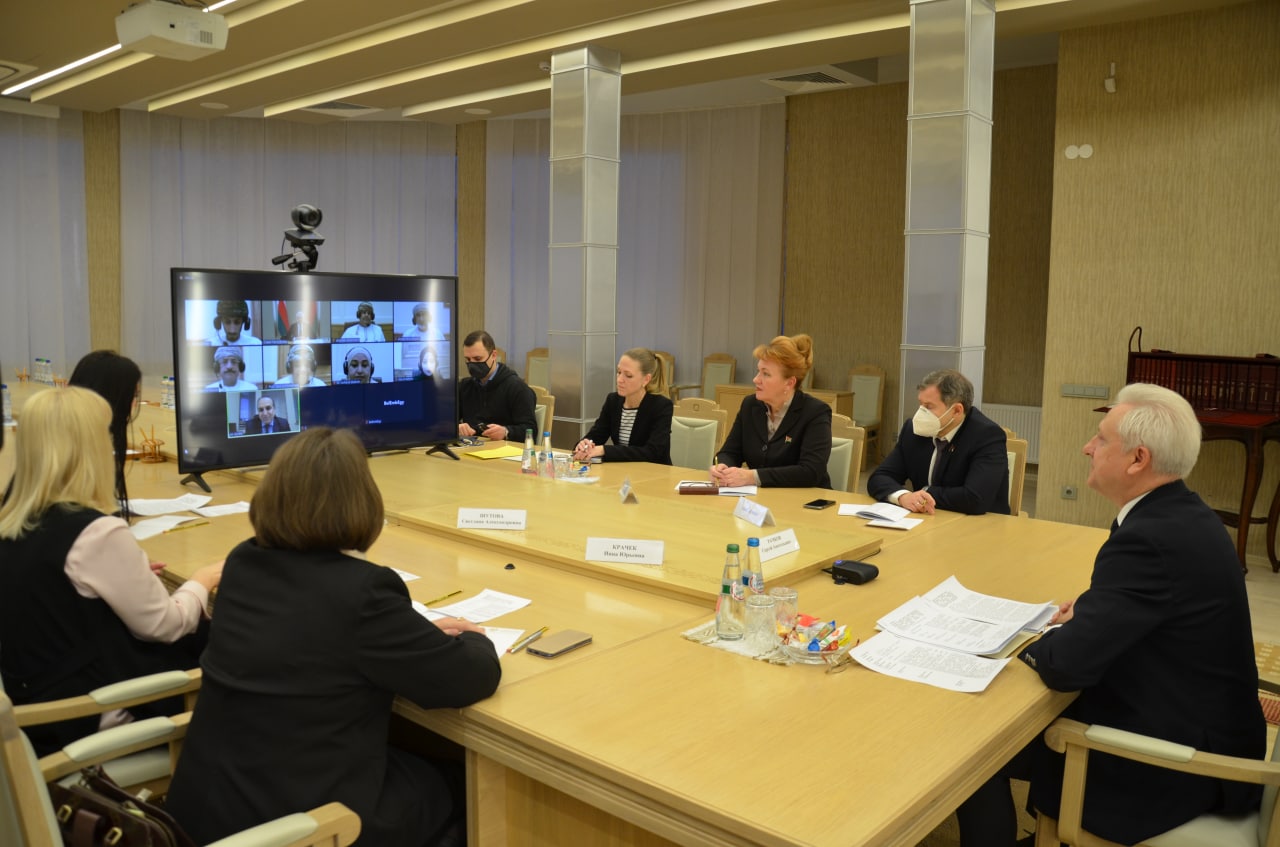 Photo by Council of the Republic’s press service

Next year, Belarus and Oman will celebrate the 30th anniversary of diplomatic relations. With this in view, establishment of direct contacts to exchange experience and opinions on issues of mutual interest is particularly topical. The working groups of the two states’ parliaments met for this purpose via videoconferencing – led by Sergei Rachkov and Professor Saeed Mubarak Al-Muharrami.

During the dialogue, Mr. Rachkov noted that Belarus highly appreciates friendly relations with the Sultanate of Oman. There are no political disagreements and contradictions the two states’ relations, while bilateral ties are of a confidential nature. In addition, Belarus and Oman share similar views on topical international issues.

The sides discussed interaction within international parliamentary organisations, and Mr. Rachkov thanked the delegation from Oman for the support provided during the 143rd Assembly of the Inter-Parliamentary Union to prevent the inclusion of a resolution on Belarus as an emergency article on the agenda. The meeting participants also focused on key aspects of trade and economic co-operation, including establishment of a joint committee for implementation of decisions.

At Belarus’ initiative, work is underway to create a joint Belarusian-Omani intergovernmental committee to co-ordinate liaisons between our countries in all areas of mutual interest. Mr. Rachkov explained, “We are interested in enhancing the dynamics of trade and economic co-operation and are ready to work towards its further expansion and diversification. At the same time, we consider its development as a foundation for strengthening the entire spectrum of relations. We believe that time has come to ensure a greater practical appliance of our bilateral relations. It is necessary to identify several priority areas of co-operation that meet our states’ national interests.”

The parliamentarians paid special attention to the issues of tourism support and visa-free exchange between the two countries, also focusing on development of medical co-operation and medical tourism, promotion of joint cultural events, scientific liaisons at universities and research institutes, and student exchange.

“We will increase exports to Oman. Belarusian food, machine-building and high-tech products enjoy demand there,” Mr. Rachkov informed after the meeting.