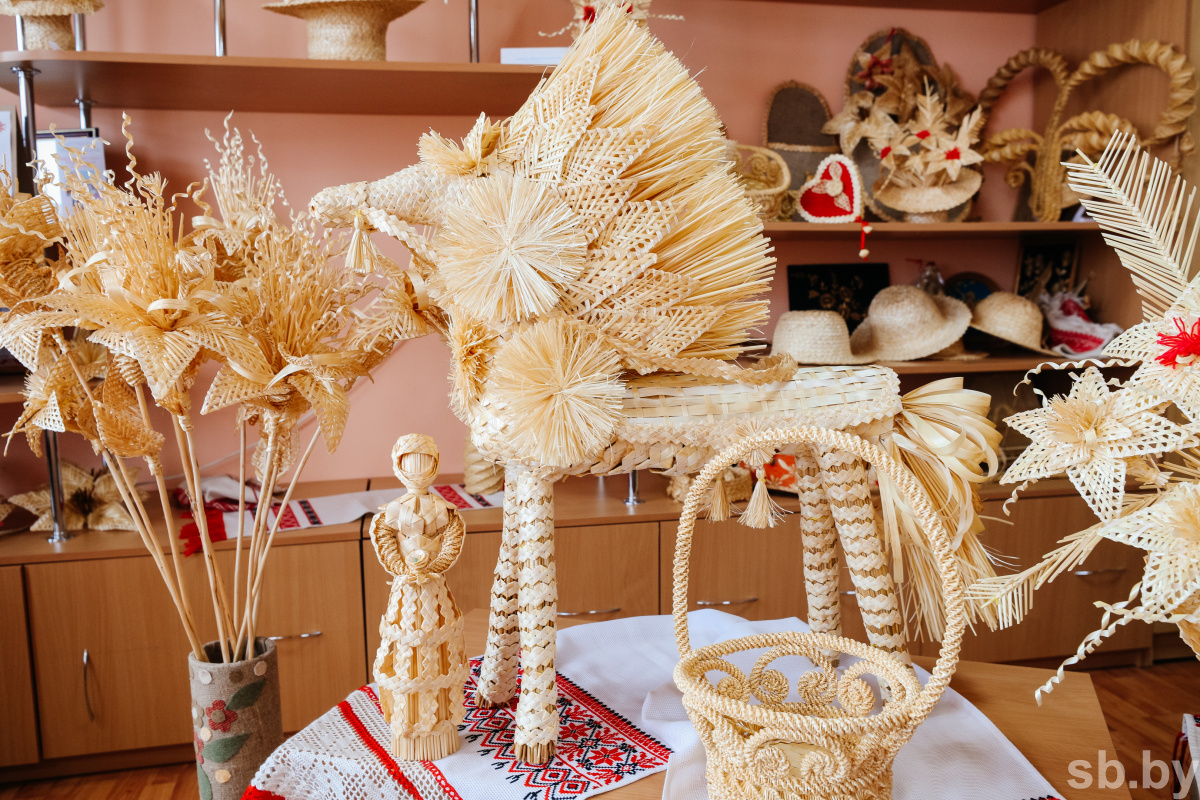 Maria Netsvetaeva, the Deputy Head of the Historical and Cultural Heritage Department at the Belarusian Culture Ministry, took part in the session.

The nomination was prepared in 2020-2021. with the financial and organisational support from the Culture Ministry of the Republic of Belarus.

Belarusian works of straw are unrivalled worldwide, being one of the most nationally peculiar forms of revealing the spiritual values and artistic traditions of Belarusians.

It would not be an exaggeration to say that this type of craft has found a new life in Belarus, enriching the ‘arsenal’ of folk arts with new findings and becoming a mass variety of modern art. The ‘Belarusian straw’ definition has acquired the meaning of a national brand. Artistic goods and souvenirs made of straw are unmistakably associated with Belarus, testifying to the creative abilities and diligence of Belarusians.

Belarusian straw has become the fifth national element in the lists of the UNESCO Intangible Cultural Heritage (alongside the Kolyady Tsars Christmas rite in the village of Semezhevo, the celebration in honour of the veneration of the icon of the Mother of God of Budslav in the city of Budslav of the Minsk Region, the Yurievsky Khorovod (round dance) spring rite in the village of Pogost in the Gomel Region and the tree beekeeping culture in Belarus on the example of the Lelchitsy District of the Gomel Region).