From January-September 2022, the mutual trade turnover between Belarus and Armenia amounted to $128.5m, which was 206 percent more than in the same period last year – as informed by the Minister of Antimonopoly Regulation and Trade, Aleksei Bogdanov, on meeting an Armenian delegation 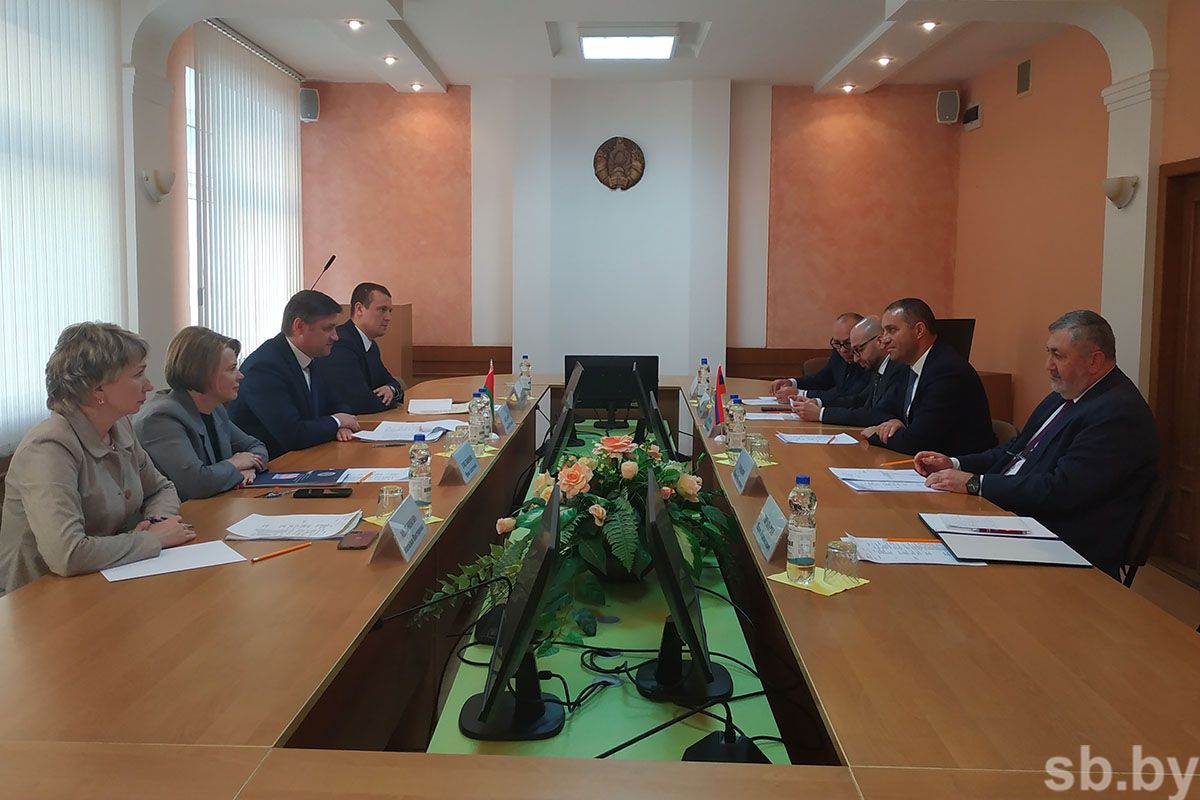 Mr. Bogdanov stressed that not only Belarusian exports to Armenia are growing, but imports as well, “Our supplies have increased by 72 percent, reaching $82m. Armenian imports to Belarus tripled in 2022 to make about $50m. However, we still have something to work on and strive for.”

In turn, Armenia’s Economy Minister Vahan Kerobyan noted: since the mutual trade demonstrates good indicators, the parties have mutual interests and topics for discussion. “For the first time, we have crossed the $100m mark, and I think there are even greater opportunities for further increasing this figure,” he said, adding that the Armenian side is interested in co-operation in mechanical engineering, construction, financial sector, culture and trade, including food sales in both directions. “I know that your large retail chains are interested in supplying our products,” he noted.

Indeed, against the background of external challenges, Belarus is interested in importing critical goods: vegetables, fruits, and wine materials. “Depending on the issues that arise, we and our partners work out solutions promptly. An import substitution platform has been created on the basis of the Belarusian Universal Commodity Exchange. We plan to inspire our colleagues to join it, so that they register and present their products there, and our customers can easily see them,” Mr. Bogdanov said.

One of the issues discussed at the meeting was the establishment of an Armenian trading house in Belarus. Mr. Kerobyan believes it would help remove barriers primarily in supplies of alcoholic beverages (since cognac producers complain there are some of them). “The trading house could possibly have the functions of an importer and exporter of various types of goods, thus contributing to bilateral interaction and expansion of trade,” Mr. Bogdanov stated.