The Chief of the General Staff – the First Deputy Defence Minister of Belarus, Viktor Gulevich, comments on forthcoming Belarus-Russia exercises 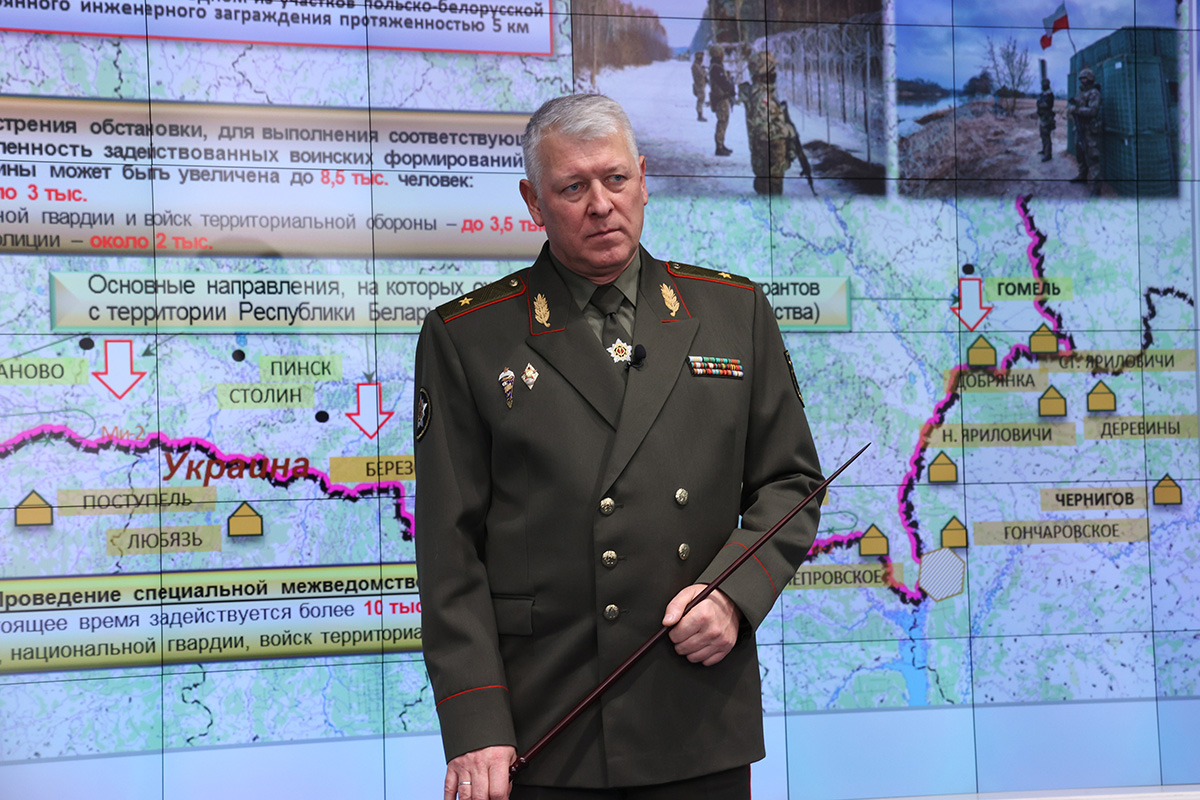 According to Mr. Gulevich, NATO troops’ presence in the territory of the countries bordering Belarus is among the risks to its military security. For example, the grouping of the alliance’s operations Enhanced Forward Presence and Atlantic Resolve consists of more than 10,000 people and over 300 tanks.

“In addition, within the framework of the migration crisis provoked by the West, a group of over 23,000 people has been deployed in the territory of the neighbouring states – along the state border in the north-western, western and southern directions,” Mr. Gulevich stressed, adding, “Our country has to respond to these challenges. In line with a decision of the presidents of Belarus and Russia, a comprehensive readiness test of the Union State border protection response forces is underway.”

The Chief of the General Staff explained that control bodies, formations and military units of both Belarus and Russia are subject to testing, “A fairly large contingent will be regrouped in the territory of Belarus, and a range of tasks will be fulfilled, including those aimed to protect the Union State in the southern direction in the airspace and on land, to fight against sabotage and reconnaissance groups, and illegal armed formations. The readiness test of the Armed Forces of the Union State will be held in two stages. The first one envisages regrouping and taking initial positions on the operational directions. In turn, combat missions will be trained as part of the second stage. These exercises will demonstrate to all western countries that the Armed Forces of Belarus and Russia are committed to allied relations, while also showing our readiness to defend the independence of our countries.”