The situation with refugees at the Belarusian-Polish border is under the personal control of the President. Last weekend, the Head of State instructed to streamline and organise the delivery and distribution of humanitarian aid to refugees at the border. On Saturday morning, Aleksandr Lukashenko sent a command to the military: to organise tents where all incoming aid will gather together, distribute it evenly among the refugees and, most importantly, feed the children. What was instructed has been done. The supply of firewood was provided, diesel electric generators were installed, and medical assistance was organised. 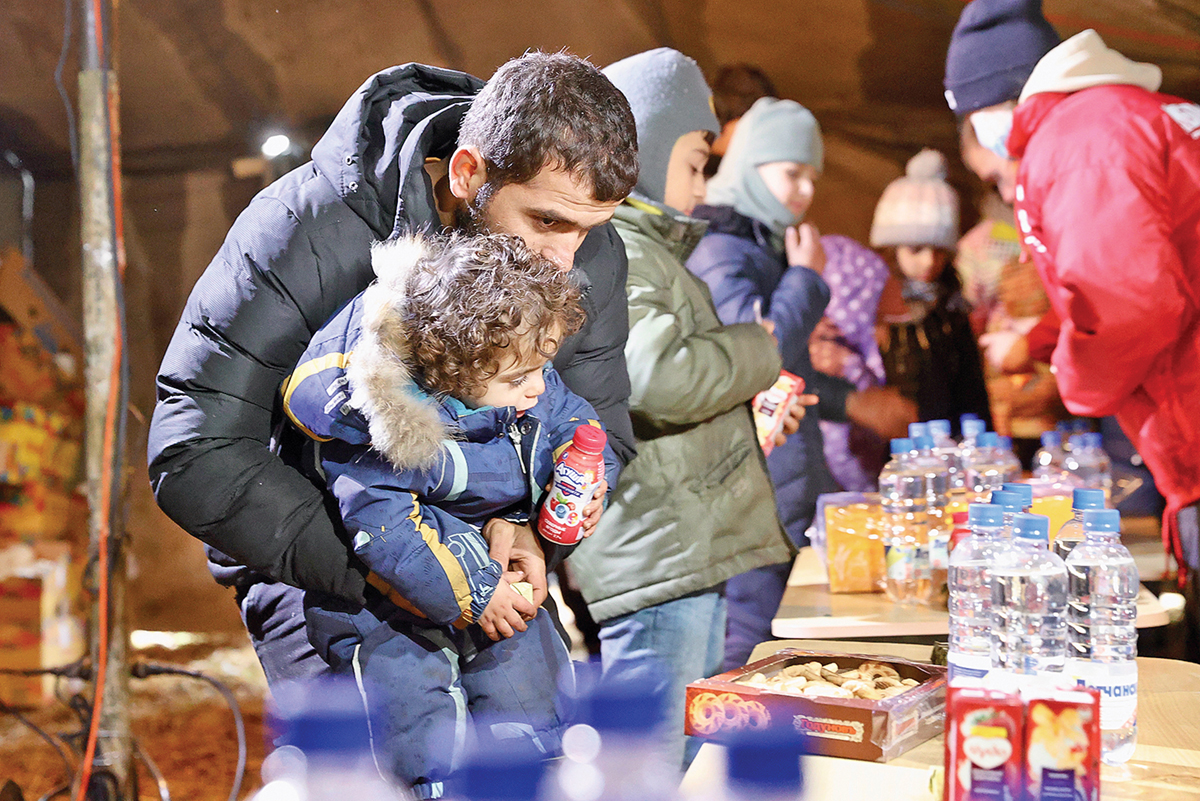 The Poles, however, continued with their misleading information. One assertion — that our country does not provide humanitarian assistance to refugees on the state border — was later commented on personally by the President,

“It looks more than strange, because I have been dealing with this issue all weekend. And all the issues that I entrusted to be done have been resolved. We feed the kids, and the pregnant women, and we take them firewood — everything they need.”

Encouraging news came for the refugees: three German cities — Munich, Erlangen and Nuremberg — have agreed to accept them. Later it became known that Giessen, Göttingen, Cologne, Freiburg also joined them. But how to get there is a big question, as the Poles do not let them in. Aleksandr Lukashenko noted that two to three thousand refugees are not a problem for the European Union. The President offers a reasonable solution: the Belarusian side is ready to deliver them there,

“If the Poles do not provide a humanitarian corridor, they prevent it, we can take them to Munich by Belavia. What’s the problem?”

President of Belarus Aleksandr Lukashenko and Acting German Chancellor Angela Merkel had a telephone conversation, as reported by the Press Service of the Head of State

The telephone conversation between President of Belarus Aleksandr Lukashenko and Acting German Chancellor Angela Merkel took place on the evening of November 15th. The conversation lasted about 50 minutes.During the conversation, a number of problems were discussed, firstly, the situation with refugees at the Belarusian-Polish, Belarusian-Lithuanian and Belarusian-Latvian borders.
The conversation tackled in detail the ways and prospects for solving the migration problem in order to prevent an escalation of the situation at the border. And one more important aspect, which the President of Belarus and Acting Chancellor of Germany discussed in detail: humanitarian assistance to refugees through the provision of humanitarian aid. Aleksandr Lukashenko and Angela Merkel agreed on further contact to resolve the situation.

‘We let refugees die in the forest by erecting barbed walls’


Do not give in to provocations 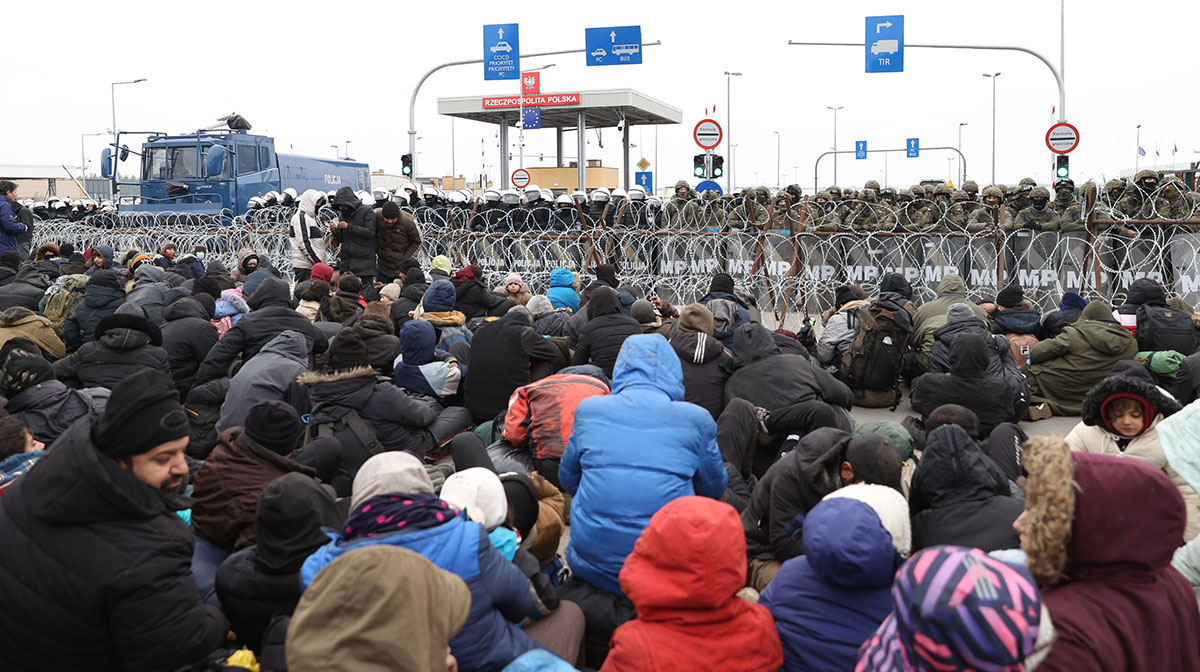 
Meanwhile, according to the Head of State, the situation on the state border continues to heat up.
“It is clear why this is happening. We understand this very well. It is not for nothing that they continue to assert that Belarus and Russia are to blame.
It is clear that this is aimed at escalating tensions. See what is happening in the Black Sea. The President of Russia and I had a long talk on this issue yesterday. Americans and NATO are behaving disgustingly in the Black Sea. Therefore, the situation is especially heated for us. But We are not little boys to succumb to their incomprehensible movements.”
The Head of State believes that this conflict is beneficial for Poland today.
“There are more than enough internal problems, problems with the European Union — and a crowd appears and they are already shooting at the state border,” he commented.
Aleksandr Lukashenko added that every day a huge number of people, tourists and so on move through our country, “This is the cauldron where everything rages and burns. In no case should any tension be created here.”
Moreover, the President noted that in recent months the Belarusian side has banned several thousand illegal migrants from entering the country, and this is easy to verify,

“If the Germans or Americans want to be convinced of this, they are welcome, every person is counted at the airport.”

It is very strange to hear accusations from the European Union of organising refugee flows by the Belarusian authorities against the background of obvious figures: since August 1st of this year, in just three months, about 8,000 people have not been allowed into Belarus. About 5,000 more foreigners, who during this period entered Belarus legally, have left Belarusian territory as a result of preventive measures taken to prevent violations of migration legislation; these were potential migrants. And these are specific, documented facts. 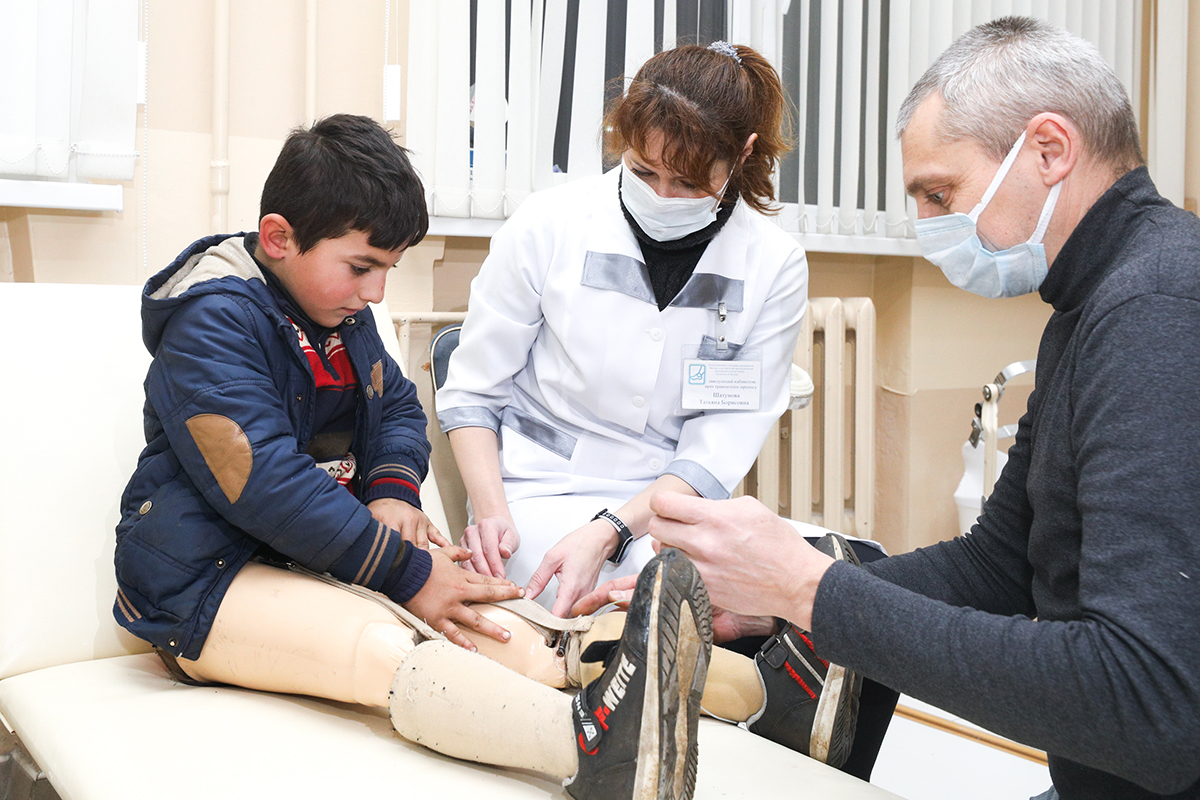 BELARUSIAN DOCTORS REPAIRED PROSTHESES FOR LITTLE NATHAN
8-year-old Kurdish boy Nathan lost his legs after an accident in Iraq. Now, instead of legs, he has prostheses which recently broke. The child was examined by specialists of the Grodno branch of the Belarusian Prosthetic and Orthopaedic Centre. As it turned out during the examination in the refugee camp, during the operation for the prosthesis, the kneecap was broken. In the field, it was only possible to adjust it, so the child and his parents were taken to the workshop for further repairs. Having regained the ability to walk, the child smiled and said ‘ok!’

Polish ‘Medics on the Border’ were attacked for helping refugees 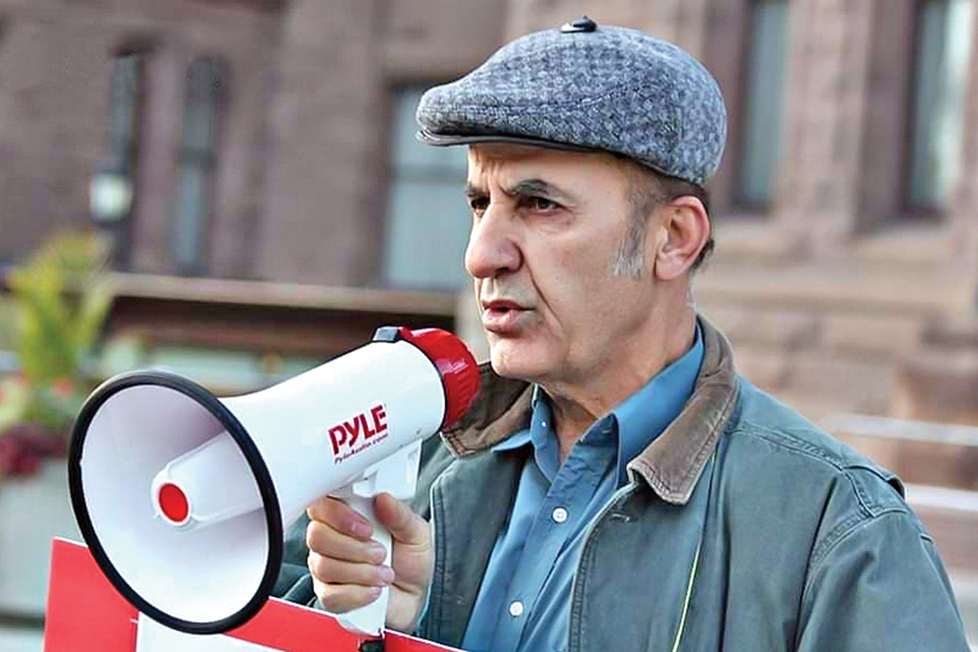 ‘Give refugees the right to seek asylum’: people took to the streets in London against Polish authorities’ actions 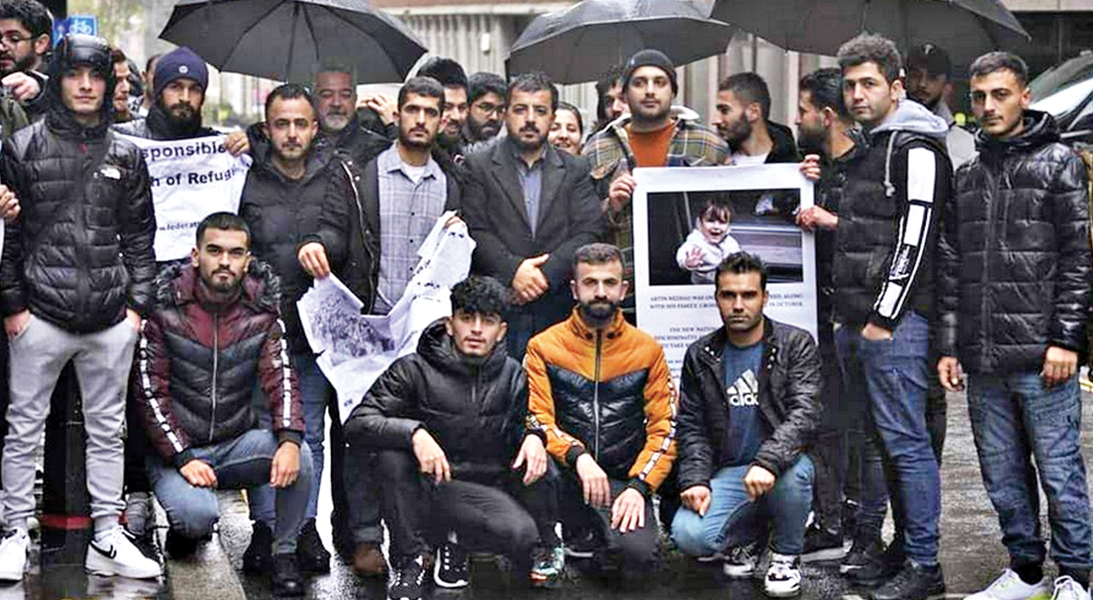 Berliners rallied in support of refugees who cannot enter the EU 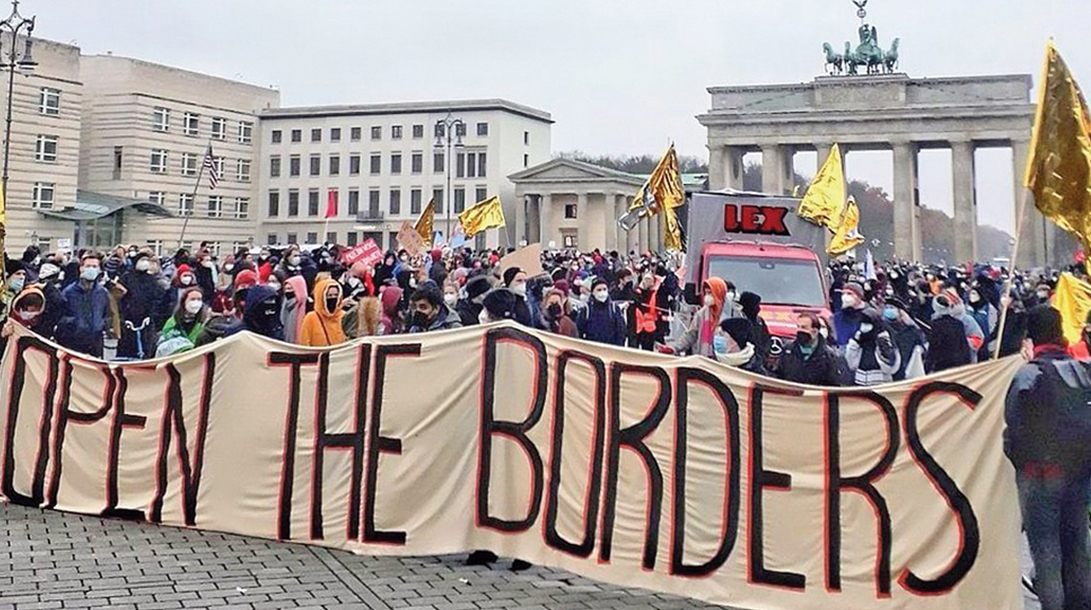 Based on materials of sb.by
Open source photos