Belarus’ Foreign Minister, Vladimir Makei, has met with the Minister of Foreign Affairs, Foreign Trade and Investments of the Kyrgyz Republic, Ruslan Kazakbayev, to discuss a wide range of issues of bilateral co-operation, topical issues on the international agenda, and interaction as part of integration associations, including taking into account Belarus’ presidency in the CIS – as informed by the Belarusian Foreign Ministry’s press service 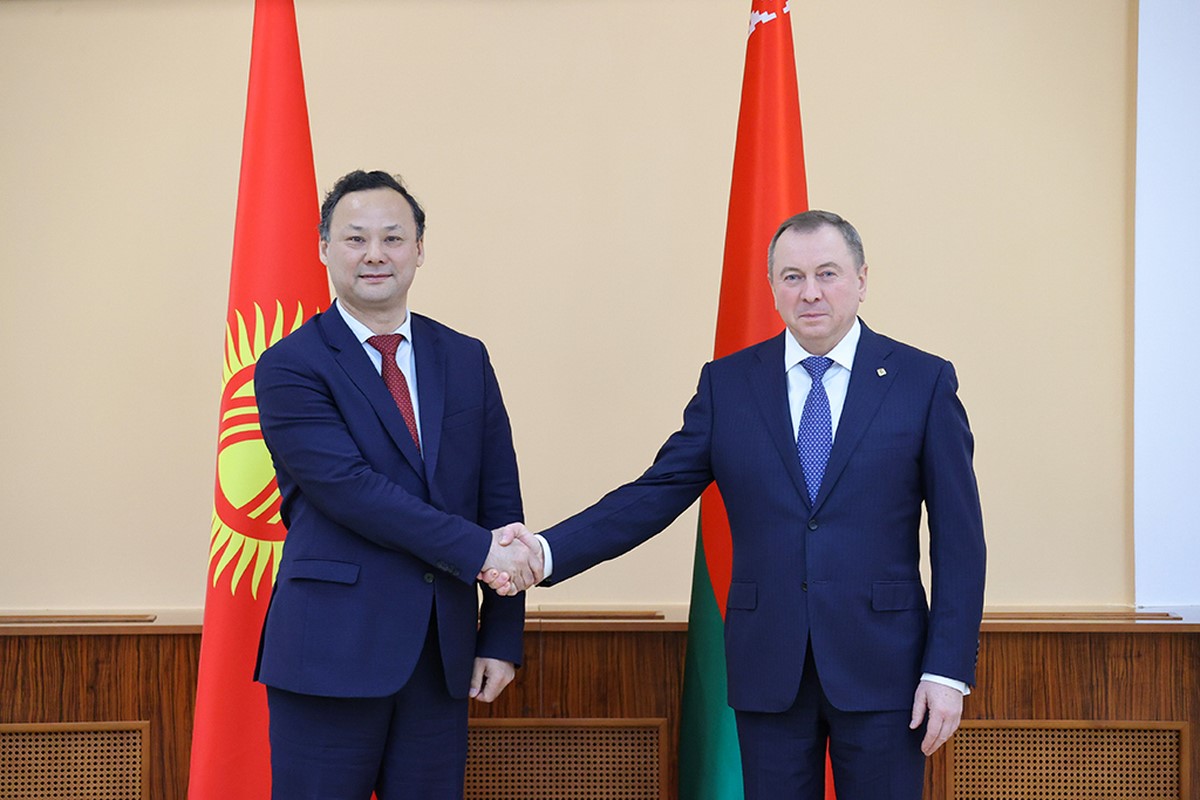 It’s been reported that the sides recognised the importance of further development of active and meaningful contacts between the foreign ministries of Belarus and Kyrgyzstan.

Measures to further strengthen Belarusian-Kyrgyz liaisons in the political, trade, economic and humanitarian spheres, as well as mutual support in the international arena were also agreed upon.