Belarus’ First Deputy Foreign Minister Sergei Aleinik has received the Ambassador Extraordinary and Plenipotentiary of Israel to Belarus, Alex Goldman-Shaiman, on the occasion of the 30th anniversary of the establishment of diplomatic relations between Belarus and Israel – as reported in the Foreign Ministry’s press service 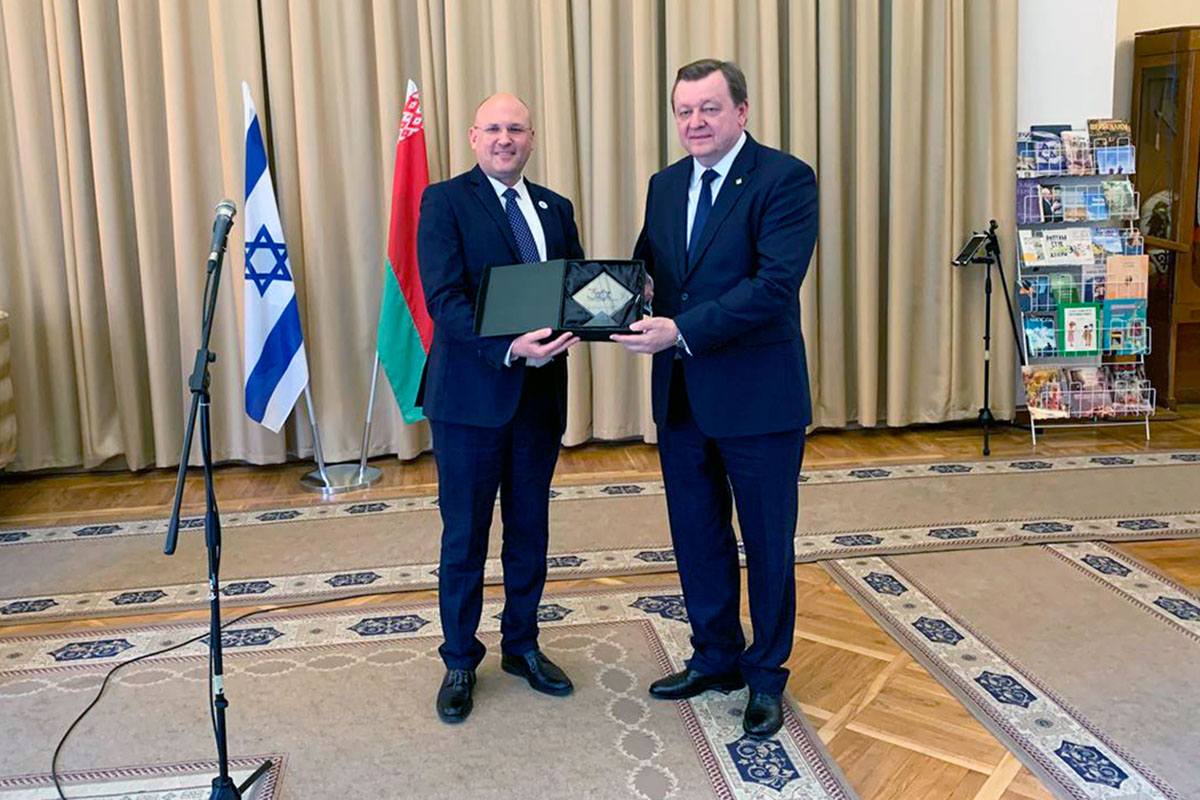 The parties exchanged congratulatory messages on the occasion of the significant anniversary of Belarus-Israel relations and discussed the results of the two countries’ joint work in the political, economic and cultural spheres achieved over the past 30 years.

Sergei Aleinik and Alex Goldman-Shaiman also took part in a thematic cultural event at the House of Friendship. During this event a solemn commemorative cancellation ceremony of a postage stamp (issued by the national postal operator of the Republic of Belarus Belpochta), dedicated to the 30th anniversary of the establishment of diplomatic relations between Belarus and Israel, took place.