The Director of the National Centre for Marketing and Price Study, Nikolai Borisevich, met with the Ambassador Extraordinary and Plenipotentiary of India to Belarus, Alok Ranjan Jha – as reported by the Centre’s press service 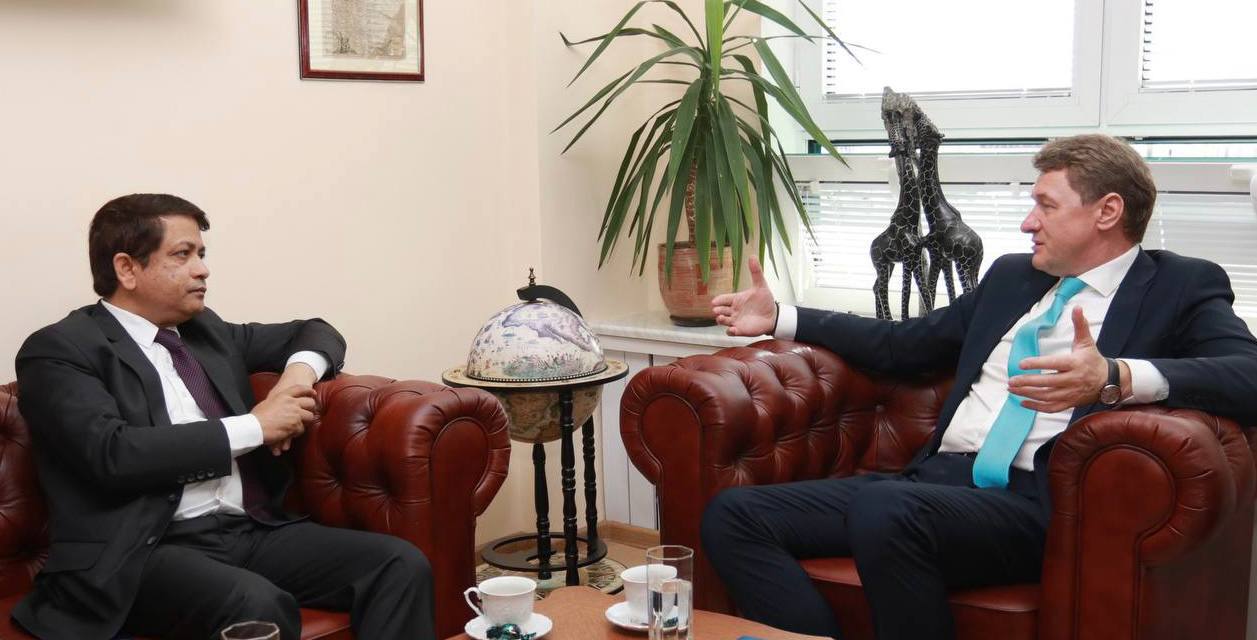 Photo by National Centre for Marketing and Price Study

The sides discussed prospects of Belarusian-Indian co-operation and further steps to develop it in terms of stimulating business contacts between the two countries. Agreements were reached to organise an event as part of a forthcoming meeting of the intergovernmental commission for business circles. The latter will there be able to establish direct contacts.

In addition, the sides discussed the possibility of establishing partnerships between the National Centre for Marketing and Price Study and relevant Indian structures, and also organising the participation of Belarusian companies in India International Trade Fair scheduled to be held on November 14th-27th in New Delhi. This will become a great opportunity to enter new markets, and the Centre is ready to help Belarusian manufacturers find partners in India.

As reported by the National Centre for Marketing and Price Study, the meeting of Nikolai Borisevich and Alok Ranjan Jha was held in the spirit of mutual understanding that is natural for the Belarusian-Indian diplomatic relations. The latter are celebrating their 30th anniversary this year.