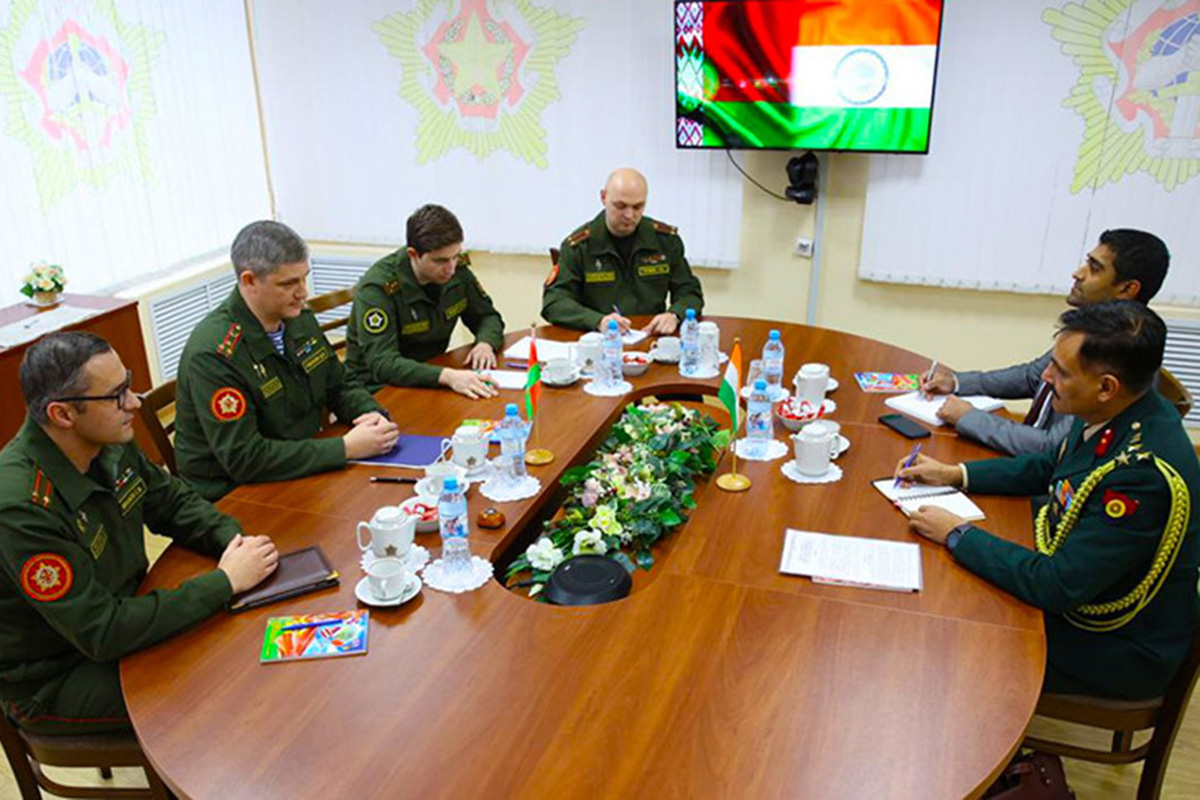 On November 23rd, the Department of International Military Co-operation of Belarus’ Defence Ministry held a meeting with the military attaché at the Embassy of the Republic of India in the Russian Federation and the Republic of Belarus (non-resident), Brigadier General Naveen Nijhawan, at an initiative of the Indian side.

The parties exchanged views on international security issues and discussed the current state of military co-operation between the two states’ defence ministries. In addition, the upcoming plans and their implementation were discussed in detail.