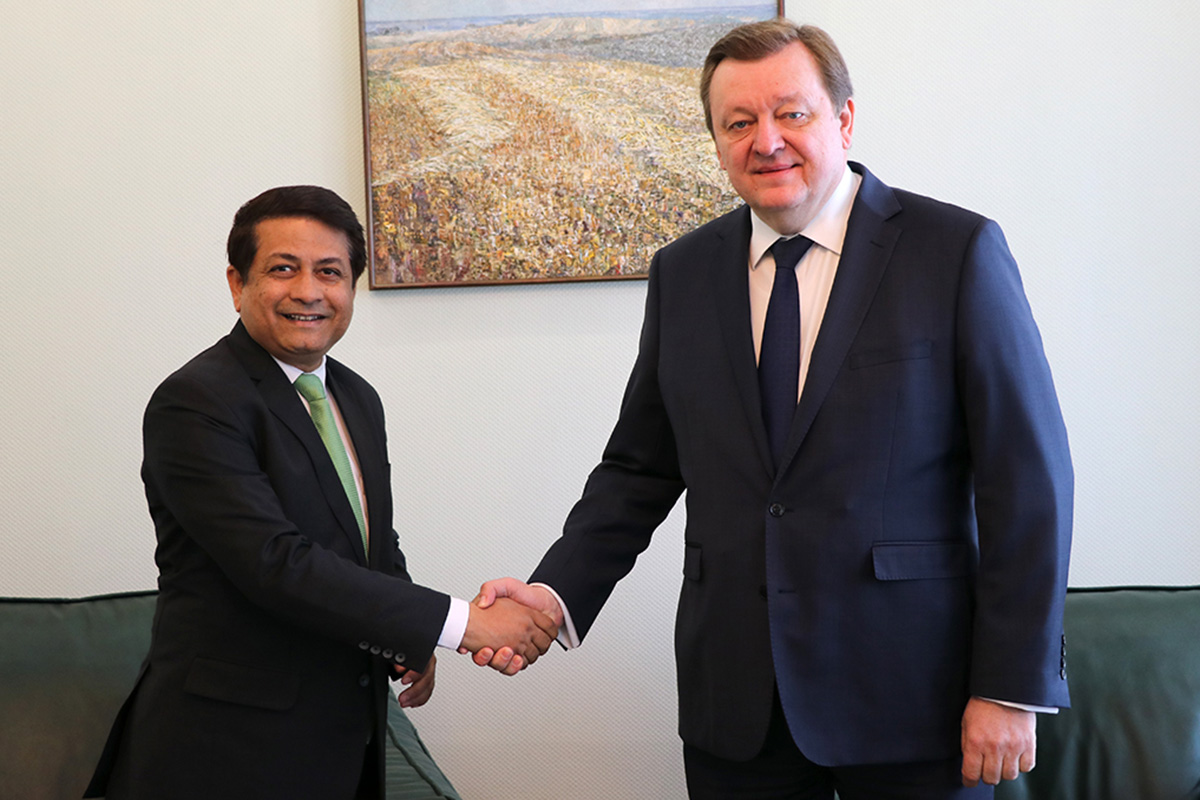 The Indian diplomat conveyed a message on behalf of India’s Foreign Minister to Belarus’ Foreign Minister on occasion of the 30th anniversary of the establishment of diplomatic relations between the two states; the countries celebrated the date on April 17th.

Earlier, the Ambassador Extraordinary and Plenipotentiary of Belarus to India, Andrei Rzheussky, handed over to the Minister of State for External Affairs of India, Meenakashi Lekhi, a congratulatory letter from Foreign Minister Vladimir Makei to the Head of the Indian Foreign Ministry.

The sides exchanged views on key areas of Belarusian-Indian co-operation in the political, trade and economic spheres, and also discussed the holding of significant bilateral events.