Belarus’ Deputy Foreign Minister, Yuri Ambrazevich, and the IAEA Deputy Director General, Hua Liu, signed a framework programme of co-operation for 2022-2027 in Vienna, BelTA reports with reference to the Permanent Mission of Belarus to International Organisations in Vienna 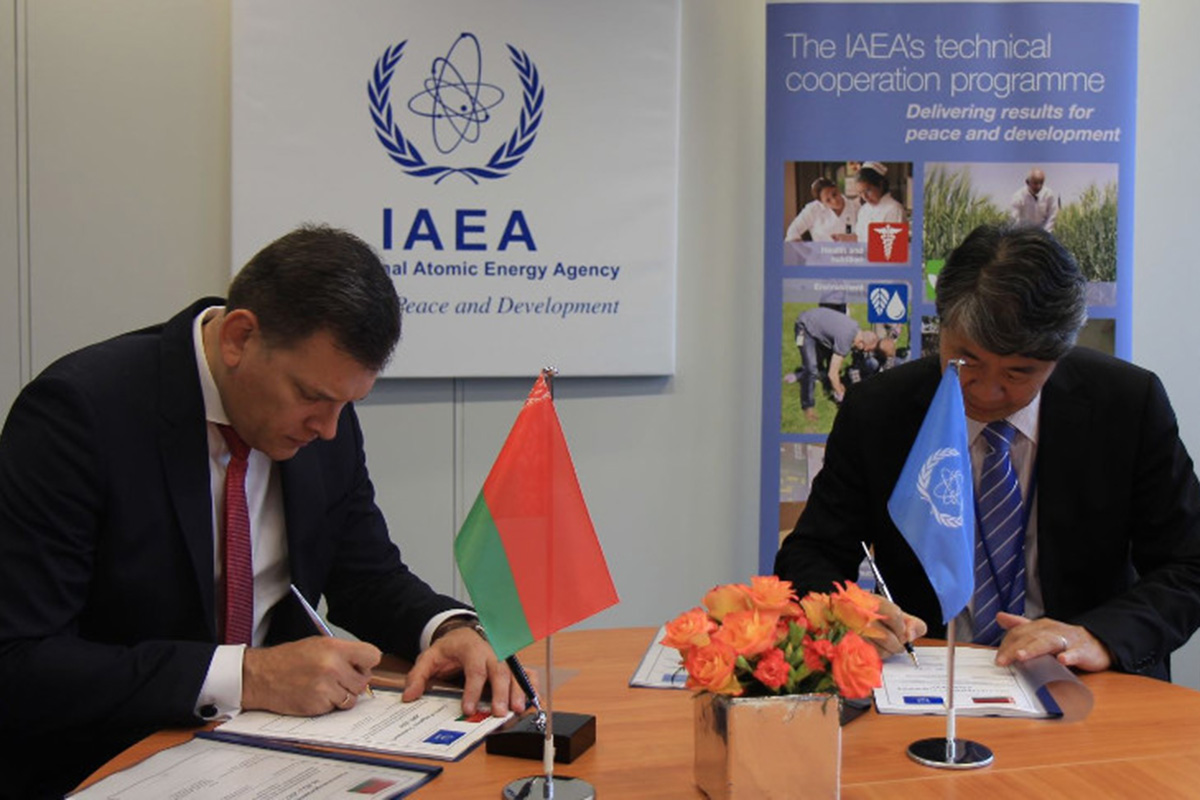 Mr. Ambrazevich thanked the IAEA for its support in strengthening the nuclear and radiation safety regime, including in the context of commissioning of the Belarusian nuclear power plant.

The parties discussed the state and prospects of further development of technical co-operation, expert support for nuclear energy and non-energy application of nuclear technologies in Belarus. Mr. Ambrazevich drew particular attention to the importance of the IAEA's assistance in development of the Belarusian school of international nuclear law and the use of the domestic potential of radiation medicine in implementation of the IAEA Director General’s Through Rays of Hope global initiative.

The framework programme is the basis for implementation of technical co-operation between the country and the agency. It reflects the needs for attracting technical assistance from the IAEA and identifies areas where nuclear science and technology can make an effective contribution to achieving national sustainable development priorities in the medium term. The first technical co-operation programme for Belarus was signed in 2003, and its renewal followed in 2007.

The new co-operation programme for 2022-2027 has been developed based on the achievements and experience gained during the technical co-operation of previous years, takes into account the new status of Belarus as a country that has started operating its first nuclear power plant, and is aimed at further contributing to the implementation of national priorities of the country’s socio-economic development.

In particular, the areas of co-operation with the IAEA are identified as further capacity-building and improvement of nuclear and regulatory infrastructure to ensure safe, reliable and sustainable operation of the Belarusian NPP, the return of radioactively contaminated territories to normal socio-economic and environmental conditions, improvement and expansion of the use of advanced nuclear methods in the field of health, development of nuclear science, technology and research, including industrial and environmental applications of isotope and radiation technologies, as well as nuclear knowledge management.

The document was signed on September 27th at the IAEA headquarters.