On February 15th, 2022, the Ambassador Extraordinary and Plenipotentiary of the Republic of Belarus to Hungary, Aleksandr Ponomarev, met with the State Secretary for Security Policy of the Ministry of Foreign Affairs and Trade of Hungary, Peter Sztaray – as reported to sb.by by the Belarusian Foreign Ministry’s press service 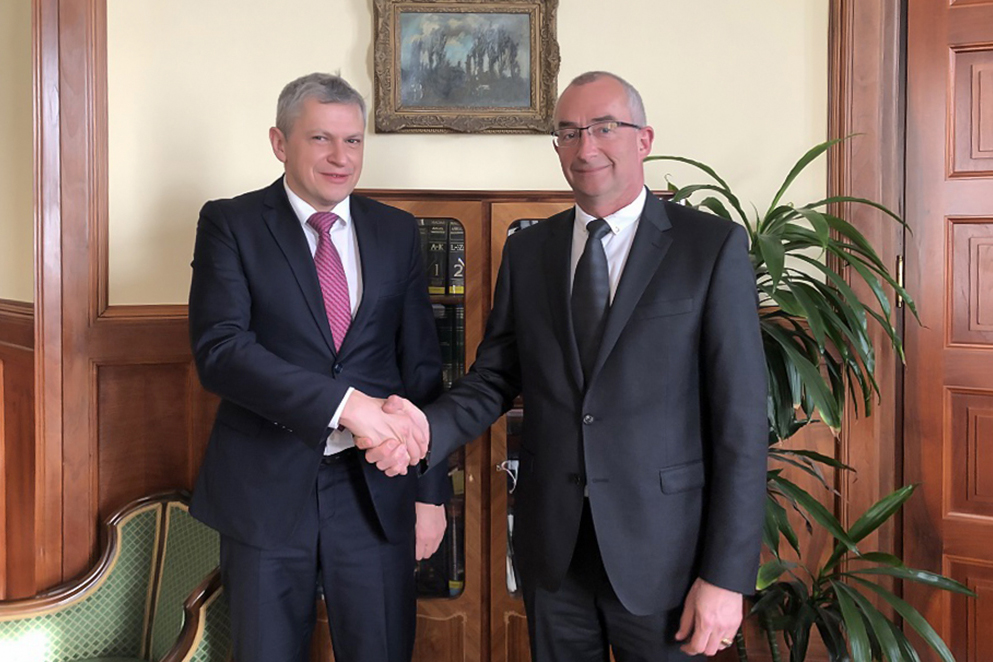 The sides discussed the results and prospects of bilateral co-operation between Belarus and Hungary, including in the context of the 30th anniversary of the establishment of diplomatic relations between the two countries.

The interlocutors also exchanged views on a number of issues of interaction at multilateral platforms and discussed the state and prospects of strengthening security and stability in the European region.