The Embassy of Belarus in Japan hopes that turbulence in bilateral interaction between the countries will turn out to be a temporary phenomenon – as stated by the Ambassador Extraordinary and Plenipotentiary of Belarus to Japan, Ruslan Yesin, in his talk with STV TV channel, BelTA reports 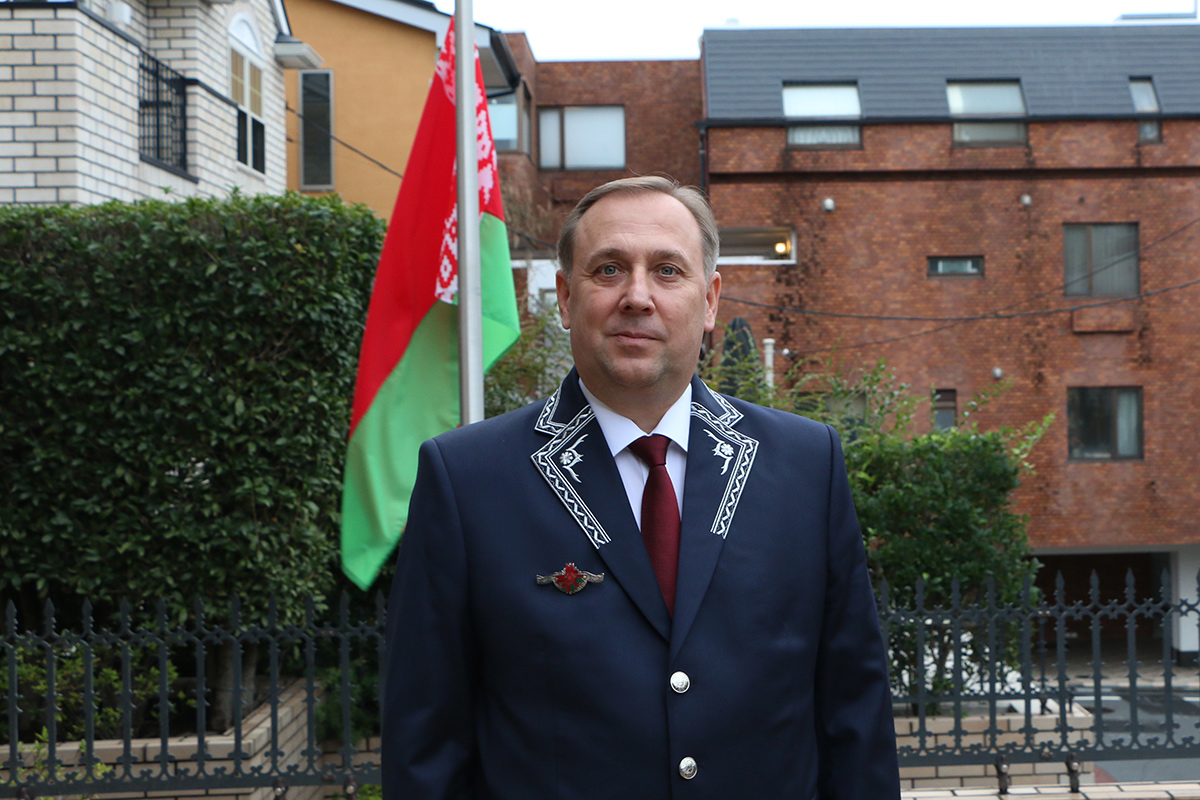 Ruslan Yesin noted that quite recently the desire of the Japanese government and parliamentarians to liaise with Belarus was observed, with economic, youth, cultural, scientific and sports projects developing positively. Significant progress has been achieved in the development of interaction between the Belarusian and Japanese regions and cities.

“However, today we see how the Japanese side – without looking back at the long history of bilateral friendship – is imposing unjustified sanctions. These are undeserved actions against the Belarusian people, who have always advocated a diplomatic settlement of conflicts. Of course, this situation threw our relations back,” noted the Ambassador. “Now we are holding many meetings with representatives of parties, public associations, as well as ordinary citizens. I hope that this turbulence in bilateral interaction will turn out to be a temporary phenomenon.”

According to Ruslan Yesin, Belarus and Japan boast deep historical ties. Moreover, for a long time, Belarusian and Japanese scientists have been conducting joint studies of the consequences of the accident at the Chernobyl nuclear power plant. “Undoubtedly, this knowledge has become indispensable in the mitigation of consequences of the accident at the Fukushima-1 nuclear power plant,” he added.

Youth exchanges were actively developing between the countries, with children from the affected Japanese regions undergoing rehabilitation in the Zubrenok camp at the invitation of the Belarusian Head of State, Aleksandr Lukashenko. Previously, Belarusian children visited Japan and spent holidays there at the invitation of our Japanese friends. Over time, the inhabitants of the Land of the Rising Sun got to know Belarus, many visited it, enjoyed its nature and followed the successes of Belarusian athletes. Especially famous in Japan are Belarusian graces, as well as ballet masters.

“Today, Japan – as a member of the Group of Seven – is moving towards Belarus in the general outline of this association. However, it is unpleasant that such decisions are made without regard for the long-term friendship between the two peoples and the existing economic and other ties,” said Ruslan Yesin. Moreover, according to him, Japanese businessmen are already suffering from sanctions. “We are receiving requests from representatives of various strata of Japanese society with a request to help resolve this situation,” summed up the Ambassador.