The First Deputy Foreign Minister of Belarus, Sergei Aleinik, received copies of credentials from the Ambassador of Benin to Belarus (with residence in Moscow), Akambi Andre Okounlola-Biaou – as reported by the Belarusian Foreign Ministry’s press service 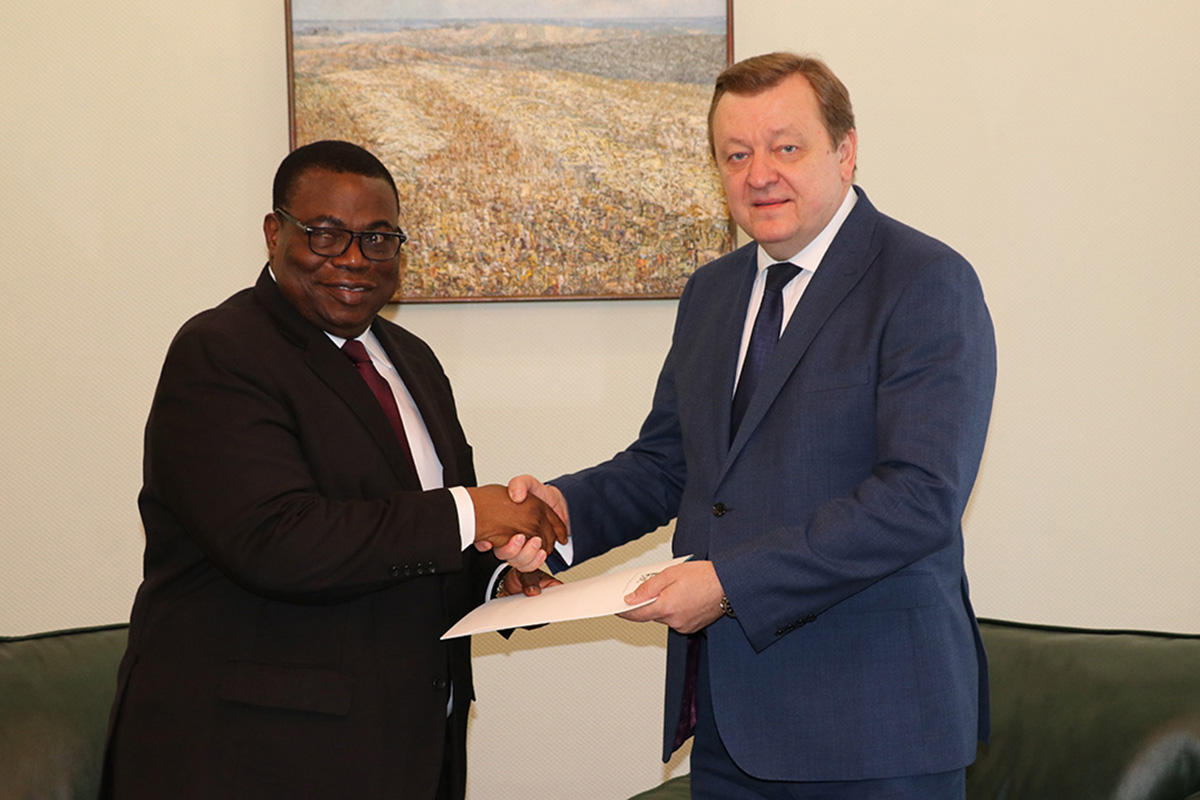 During the meeting, topical issues of bilateral co-operation, including plans to intensify political dialogue and trade and economic liaisons, were discussed.