The Ambassador Extraordinary and Plenipotentiary of Belarus to Japan, Ruslan Yesin, has made a working trip to the Chubu Region, during which he discussed topical issues with students and teaching staff of local universities – as reported by the Belarusian Embassy in Japan 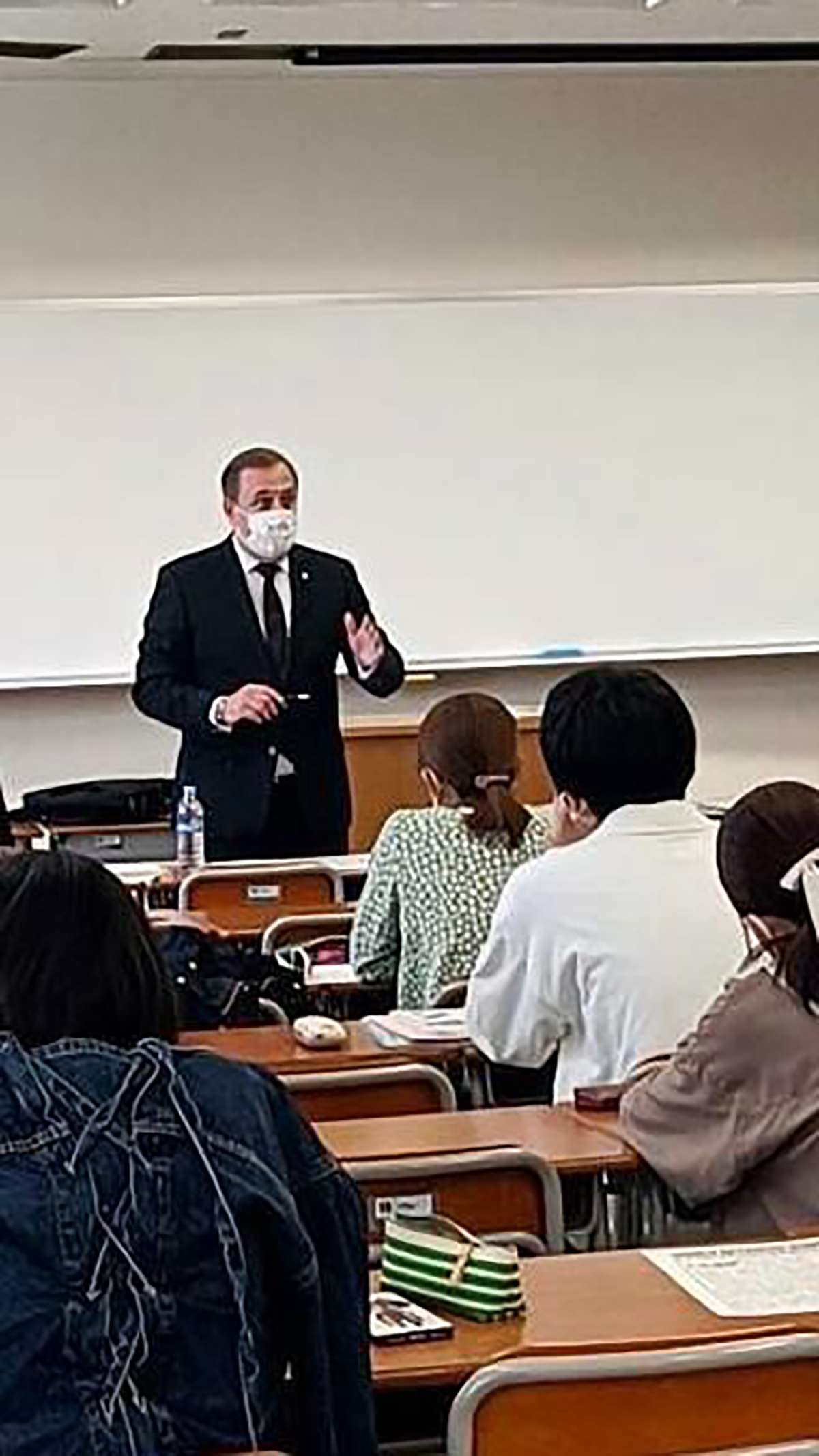 “Bilateral interregional interaction enables Belarusians and Japanese to expand knowledge about history, culture, traditions and the current situation in our countries,” reads the statement.

The embassy noted that this week young Japanese were able to learn more about our country during the meeting with Ruslan Yesin while also asking him questions about world politics and the situation in the region.

Dialogue on topical issues continued with the teaching staff of a number of regional universities. These meetings made it possible to reveal Belarus’ position on modern areas of interaction in a format familiar to Japanese colleagues.

Moreover, journalists and regional businesses showed interest in the visit of the head of the Belarusian diplomatic mission, obtaining first-hand information about the position of our country in the current conditions.