Vladimir Andreichenko, the Chairman of the House of Representatives of the National Assembly, has met today with the Ambassador Extraordinary and Plenipotentiary of India to Belarus, Alok Ranjan Jha 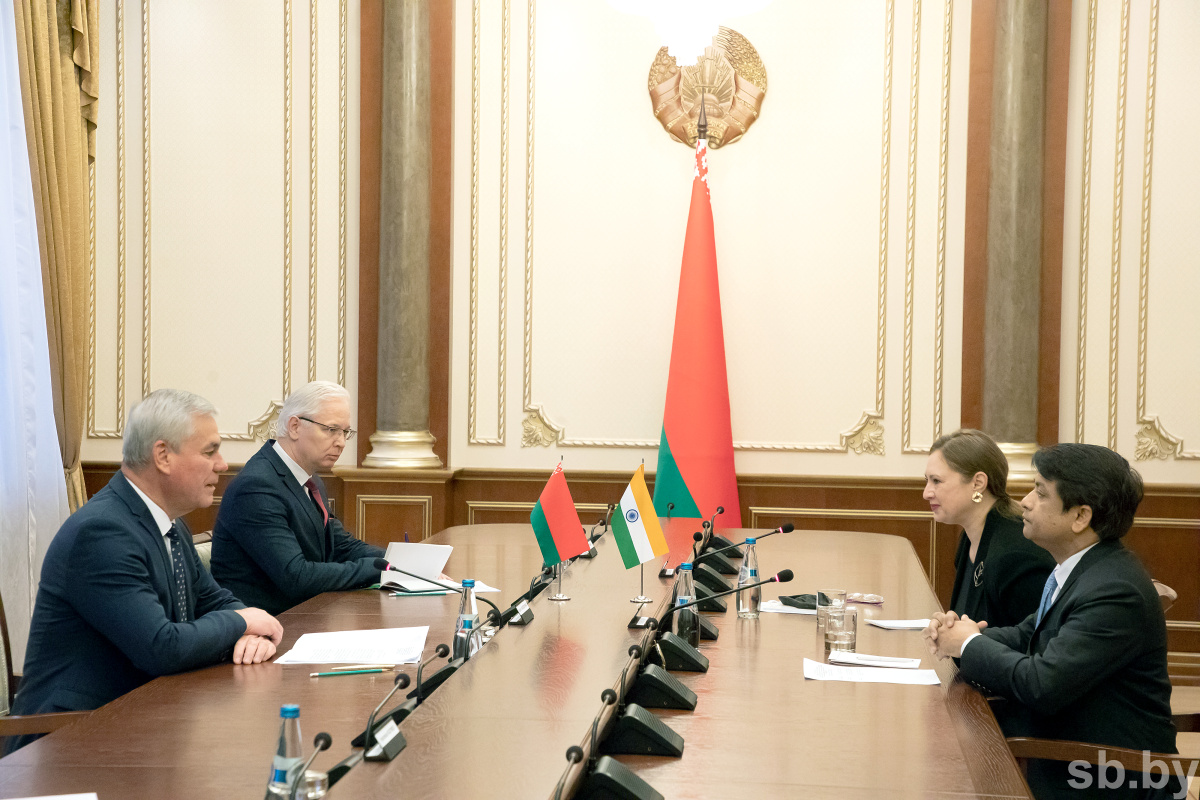 “We view co-operation with India as a priority. India is a powerful modern state with a developed economy and market. Fundamentally, our relations are based on the principles of equality, trust, and respect. Several years have passed since the meeting of the President of Belarus with the Prime Minister of India. Much has changed over this time, and new topics for discussion have emerged,” Mr. Andreichenko said, adding that – against the pressure exerted on Belarus – parliamentarians should step up their work, including within the framework of international organisations. He also proposed to put online meetings between international affairs commissions, with embassies’ involvement, into practice.

According to Mr. Andreichenko, $426m of trade turnover does not meet the level of development of relations between the countries, “We enjoy opportunities to enhance relations in the field of education, sports, tourism, and culture.”

Alok Ranjan Jha fully agreed. Speaking of visits of the country's top officials, he noted that, due to the pandemic, India’s Prime Minister has actually never left the country over the past two years. The diplomat added that, as soon as the situation gets better, he will make every effort to organise a top level meeting.

As regards establishment of a friendship group with Belarus in India’s Parliament (similar to the one operating in Belarus), Alok Ranjan Jha said, “It is on the final stage of its establishment. We now need to appoint responsible persons to complete the process.”