A tractor driver of the I.P. Melezh agricultural enterprise was ploughing a field when he discovered a structure with red brick walls: that was a coffin with a cast metal sculpture of an angel 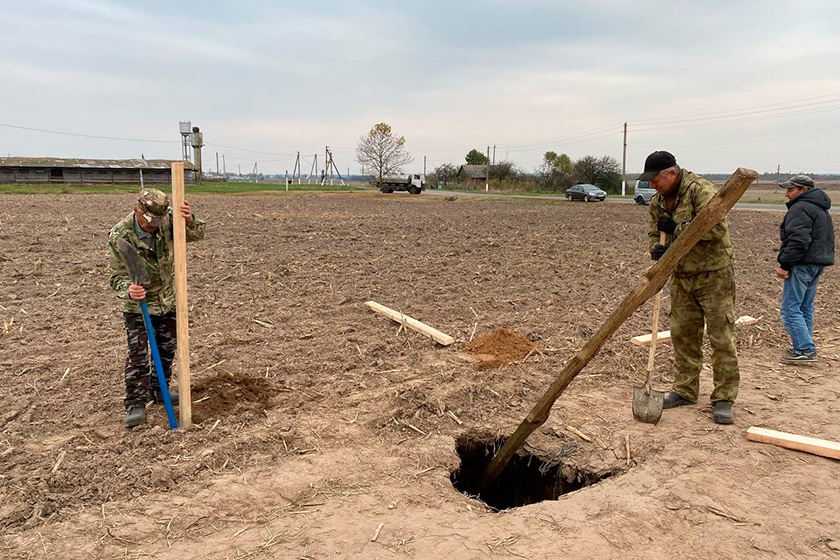 The territory was fenced off and police officers are now on duty here around the clock.

The discovery caused a great stir. Historians and archaeologists have actively joined its examination and study.

“I can assume with a high degree of probability that the unearthed crypt of the late 19th century belongs to the Oskerko family,” Yuri Pankov, a researcher from the Department of Archaeology and Protection of Historical and Cultural Heritage at Gomel’s Palace and Park Ensemble, says. 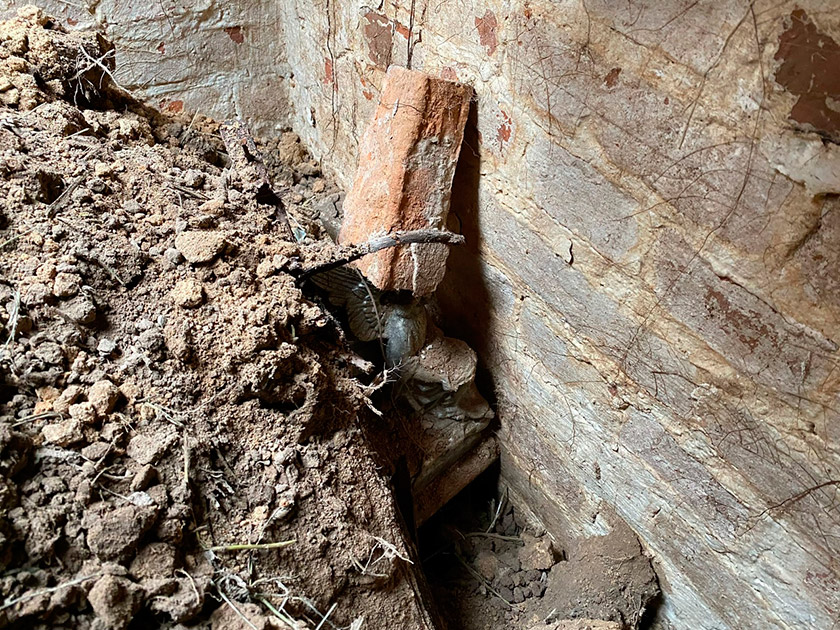 In 2019, a tombstone with the names of nine buried representatives of the Oskerko gentry family was discovered near this place. In the past, they owned the territory of the Khoiniki District and had a manor house there. Only one coffin has been unearthed but it’s quite possible that the remaining eight will be found as a result of archaeological excavations. 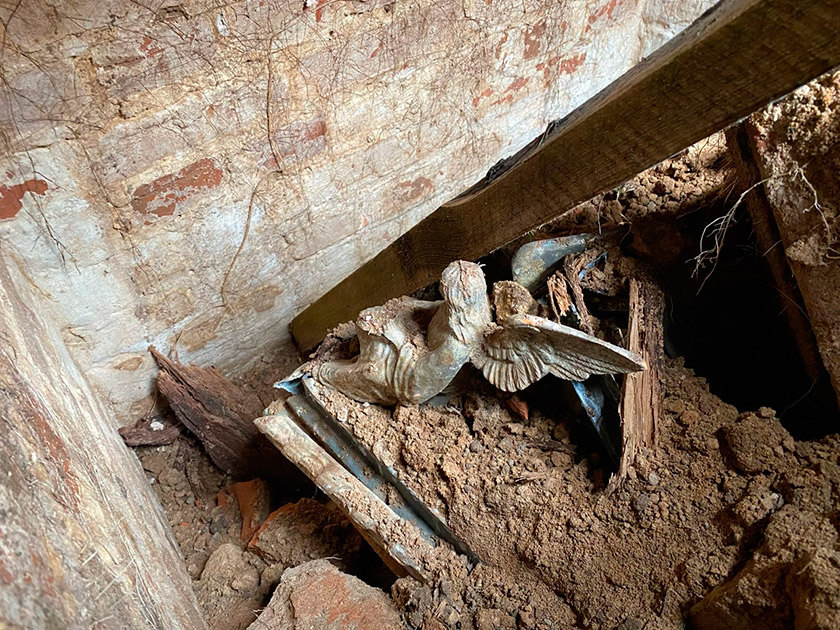 Experts believe the find is a truly interesting archaeological artefact.