A small but spirited country is used to fight back. In memory of this, many unique fortifications of various eras have remained on our land

See the enemy from afar in Kamenets 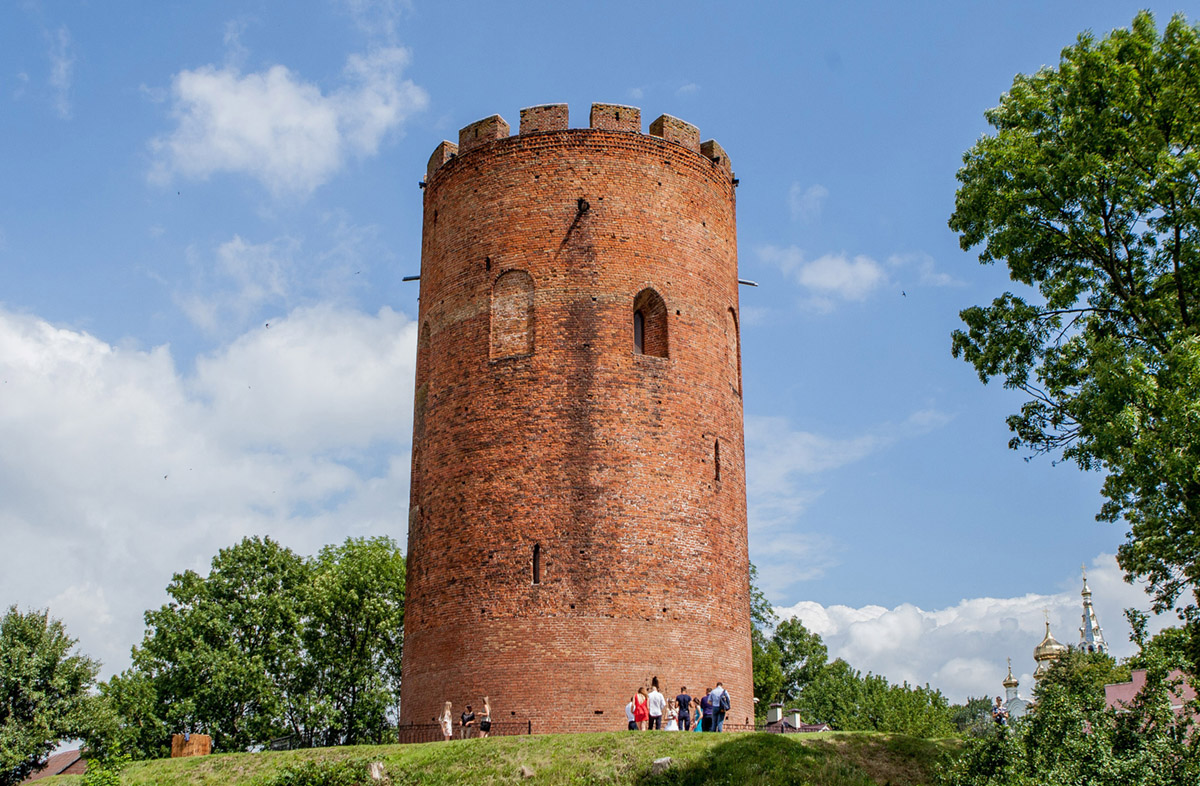 ‘…And then God put a good thought in the heart of Prince Vladimir. He thought about whether to build a city somewhere outside Berestye.’ So says the Galician–Volhynian Chronicle concerning the events of the end of the 13th century. No sooner said than done. On the banks of the Lesnaya River, the city of Kamenets emerged. And in its very heart, the famous city planner Oleksa raised ‘a pillar of stones seventeen sazhens high, a wonder to all who look at it.’ The tower with the height of a modern ten-story building looked especially amazing in the Middle Ages. However, even today, in the country-like part of a small regional centre, this tower is an architectural miracle!
Curious tourists can look inside and climb to the very top: they will understand what those who fought off the crusaders, Poles, and Lithuanians saw six hundred years ago. The stone fortress withstood all attacks. In the 19th century, people sought to dismantle it into bricks, but over the centuries, the bond has hardened so much that the entire tower has turned into one big block. 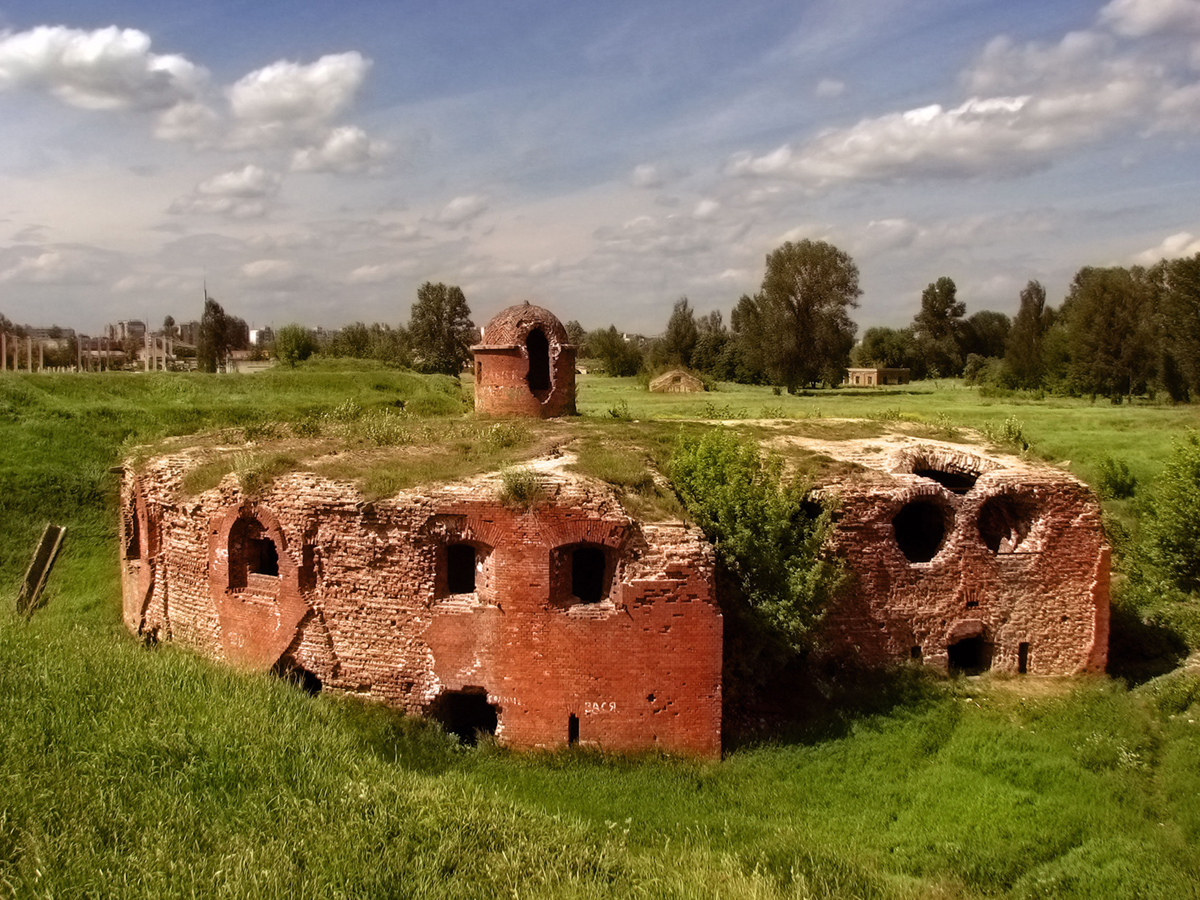 The ‘elder sister’ of the Brest Fortress was the most impregnable in the Russian Empire and was considered one of the best in Europe in terms of military equipment. The fortifications occupied 120 hectares, and the defence works housed about 350 guns of various calibres. All around are ramparts and ditches filled with water from the Berezina and Babruyka rivers. The amount of ammunition was intended for a year, food — for six months. In addition, a real botanical garden was laid out in the fortress and the Alexander Nevsky Cathedral was built. For what purpose? The fortress was fully prepared for Napoleon Bonaparte. “No fortress in Russia has ever been as useful as Bobruisk in 1812,” General Mikhailovsky-Danilevsky, the author of the first official history of the Patriotic War, wrote about the citadel.
The fortress met the French and enabled Bagration’s army to retreat to Smolensk, where Barclay de Tolly was already standing. After that, the garrison held back the siege of the enemy for another four months!
In 1820-1823, the organisers of the Union of Salvation served here. Their bloody Bobruisk plan to capture Alexander I failed. But already in 1825, the fortress turned into casemates for the Decembrists after the uprising on Senate Square.


Remember the heroes in Brest 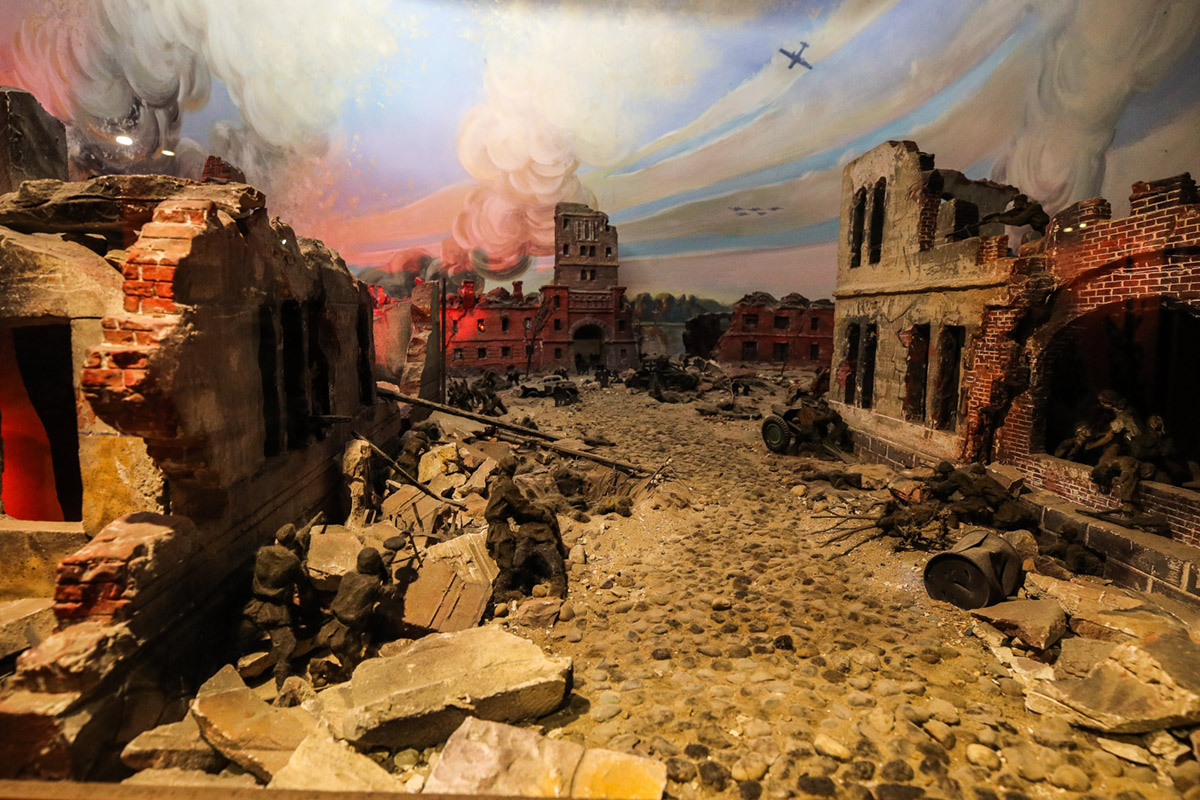 According to Hitler’s plan, the fortress and the city on-the-Bug were to be taken by noon on June 22nd, 1941. It didn’t work out. The world-famous phrase ‘I am dying, but I do not give up! Farewell, Motherland’ is dated as early as July 20th. The walls could not stand it, the brick crumbled and melted, but the defenders beat the enemy. Day and night, without water, food, and supplies, practically barehanded.
The memorial complex Brest Hero Fortress is a symbol of the courage and steadfastness of the Soviet people. Above the necropolis on the square of ceremonials, a thirty-metre sculptural image of the Unsubdued Warrior froze. Every year on June 22nd, tens of thousands of people come here to remember the feat of their ancestors. Today there are several museums around the soldier in the former casemates.
The new expositions, opened at the expense of the Union State, amaze with their scale and technology. So, in the Eastern Fort, you can see with your own eyes what the last days were like in the fortress of the legendary Major Pyotr Gavrilov. It was his story that formed the basis of the Brest Fortress film.


Ask for protection in Synkavichy 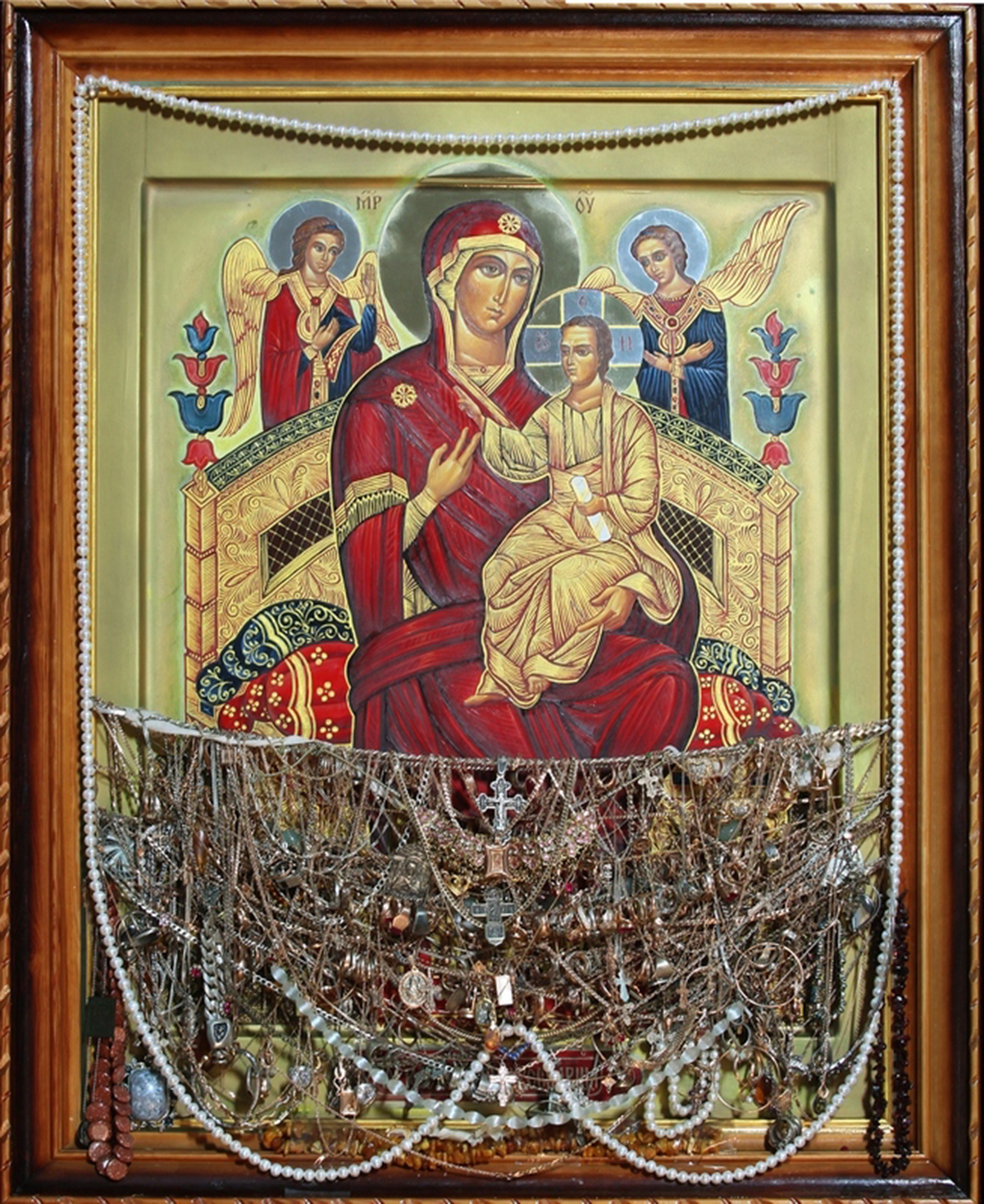 The ancient Church of St. Michael of red brick stands in the open in the Grodno Region. According to legend, the temple was founded by Grand Duke Vytautas in gratitude for the fact that in the local forests he escaped from the pursuit of the cruel brother Jagiełło.
Those passing by do not immediately recognise it as a temple, and this is no coincidence. Thick walls, intricate turrets, gothic features, and Byzantine details — it is more like either a fortress or a castle. The spirit of the times also reflects the interior. Under the mighty vaults, you can see unique drawings of the 16th century in Greek, Latin, and Church Slavonic.
The temple is known for helping pious girls to get married happily. Brides come from all over Belarus to pray to the icon of the Mother of God, called Most Holy Mother of God. The miraculous image was painted in the Vatopedi Monastery in the 17th century by monks from Mount Athos. 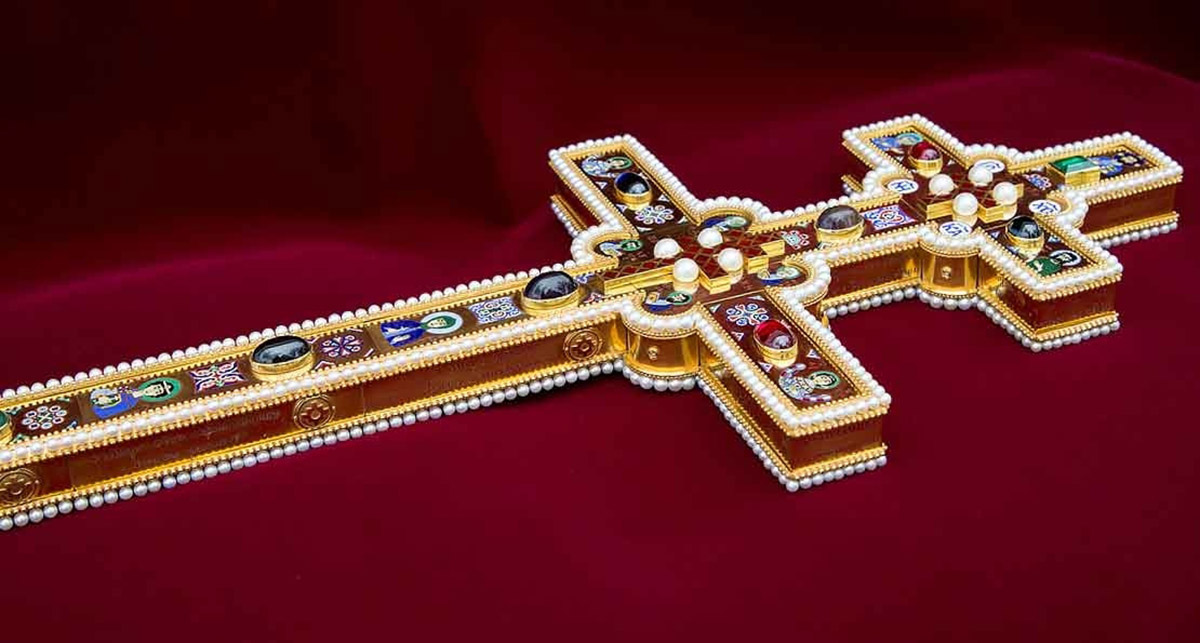 It was the 16th century. The Russian sovereign Ivan IV Vasilyevich, commonly known as Ivan the Terrible, goes to war against Livonia and the Grand Duchy of Lithuania. The city of Polotsk was between these realms. The pious tsar prays earnestly and discovers in his treasury the altar cross of Euphrosyne of Polotsk. He promised: I will take the city and return the ancient shrine to where it came from. And so it happened, the tsar kept his word. Moreover, Ivan the Terrible decides to build an archery castle on the Polota River. He spared no effort, no money, no sand: for two years, under the leadership of the boyar Shuisky and the governors Zaitsev and Shchokin, the Polotsk residents put up a ten-metre-high rampart. The wooden castle on it did not last long. But the embankment is still clearly visible. Now the Spartak Stadium is located there.