To find opportunities for restoring good-neighbourly ties in difficult times, as well as to find points of economic interaction for the future — Lithuanian bloggers came to Belarus with such a message. The guests celebrated May 9th, attended a festive concert, many memorials, and later visited the flagships of the Belarusian industry and the Belarusian nuclear power plant (BelNPP). In a conversation with journalists, bloggers agreed that Belarusians and Lithuanians have a common spiritual connection that will allow them to overcome all difficulties despite today’s political situation. However, we are still important to each other in economic terms, so we will inevitably work together again. Moreover, we need to start doing it now. This is crucial not just for Belarus, but also for the well-being of Lithuania itself. 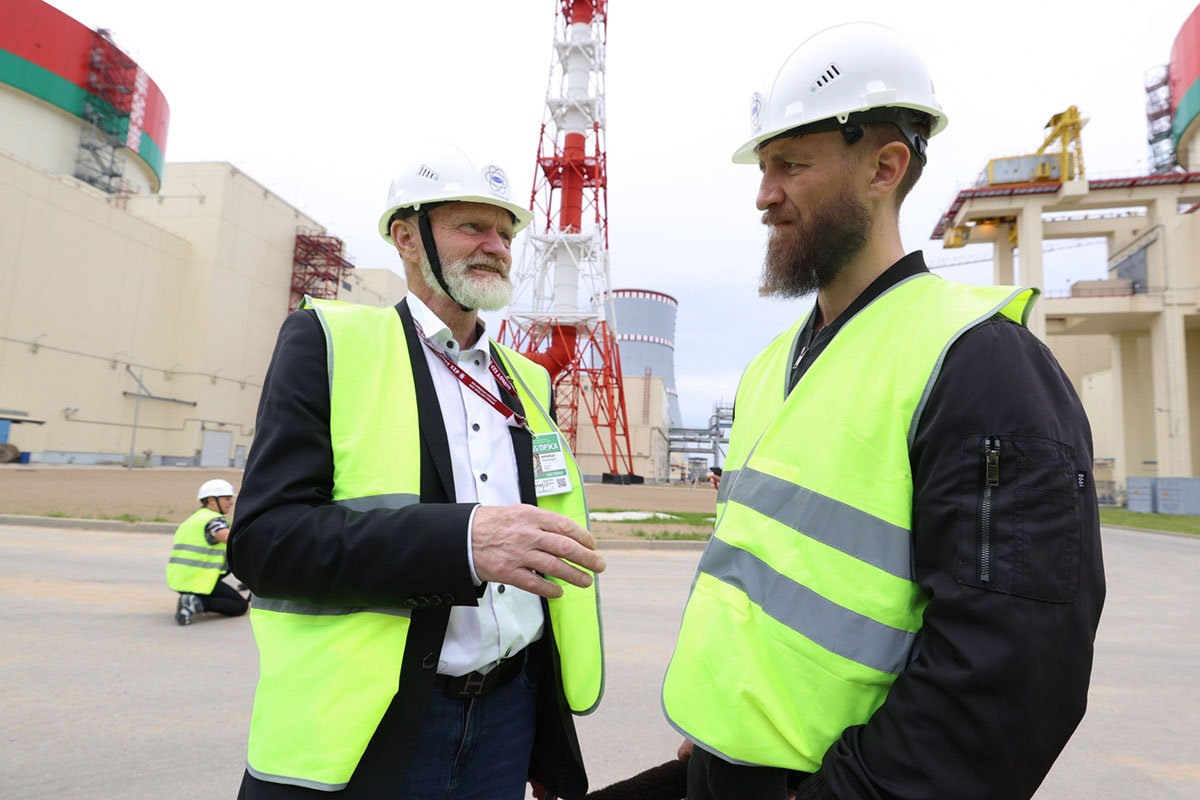 For Lithuanian bloggers, May 9th has a special meaning — they honour the feat of the heroes of the Great Patriotic War and tell the younger generation about it on their platforms. In a conversation with journalists, the guests noted more than once that it was a great pleasure for them to celebrate such an essential holiday in Belarus, in a country that was the first to fight the enemy face to face in an unequal battle. Lithuanian blogger Arturas Lukjancukas emphasised that President Aleksandr Lukashenko said very wise words during his speech on Victory Square, his speech must be translated into all languages in order to be heard. 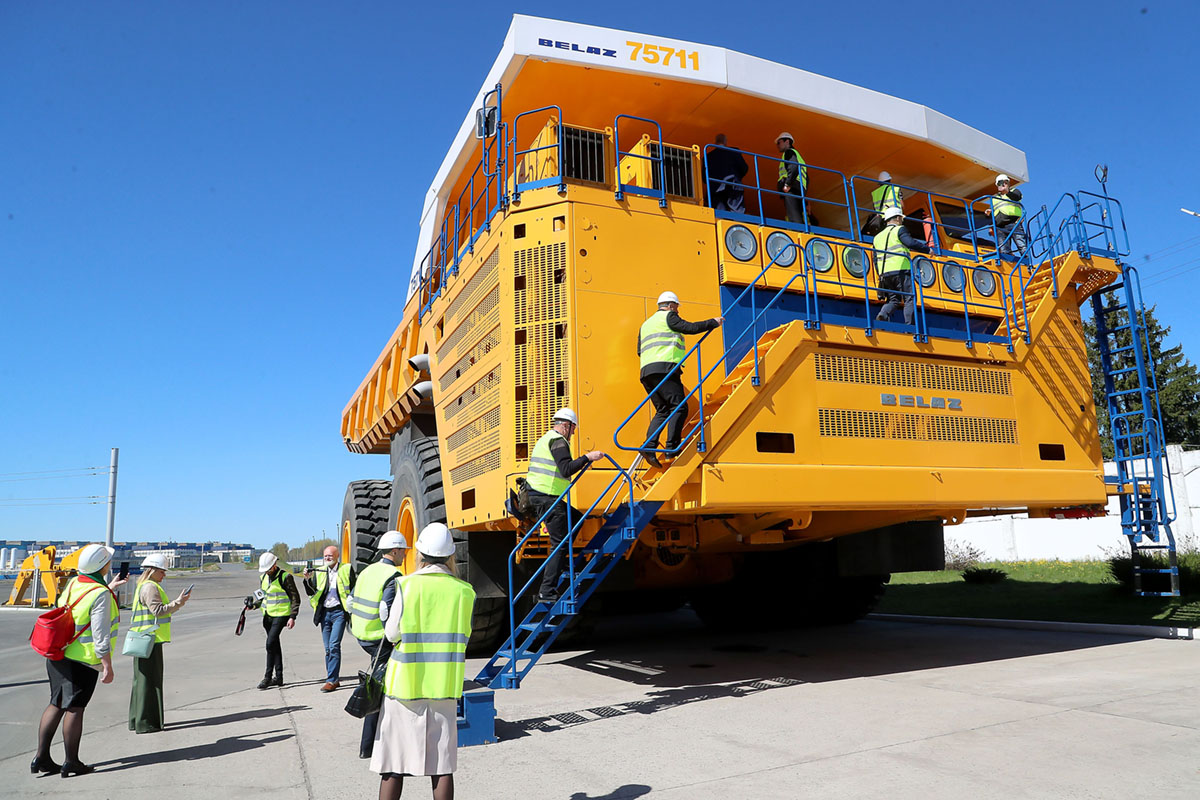 
The next day after the festive events, bloggers went to large Belarusian enterprises. One of them was the BELAZ in Zhodino.
“It’s just an industrial miracle. The plant impresses me a lot. What is especially interesting about this project is that it was made possible thanks to the support of the state. For us, this is an additional motivation. It is hard to imagine that such a thing can happen in Lithuania today. This is a fascinating visit, because we can see what our country should strive for in the future,” shared Kazimieras Juraitis.
The guests were told about the history of the development of the enterprise, got acquainted with the range of manufactured equipment, they climbed a 450-tonne colossus. Such an excursion could not leave anyone indifferent.
When emotions abated a little, Kazimieras Juraitis expressed his opinion, “An alliance with Belarus is important for Lithuania, and if the current state of affairs does not change, then Lithuania will have a very difficult time. Lithuania lost its independence after joining NATO and the European Union. Nevertheless, we could go with a different model. We should reconsider our relations with the EU and NATO. We voluntarily abandoned our Constitution and literally do not have our own laws...” 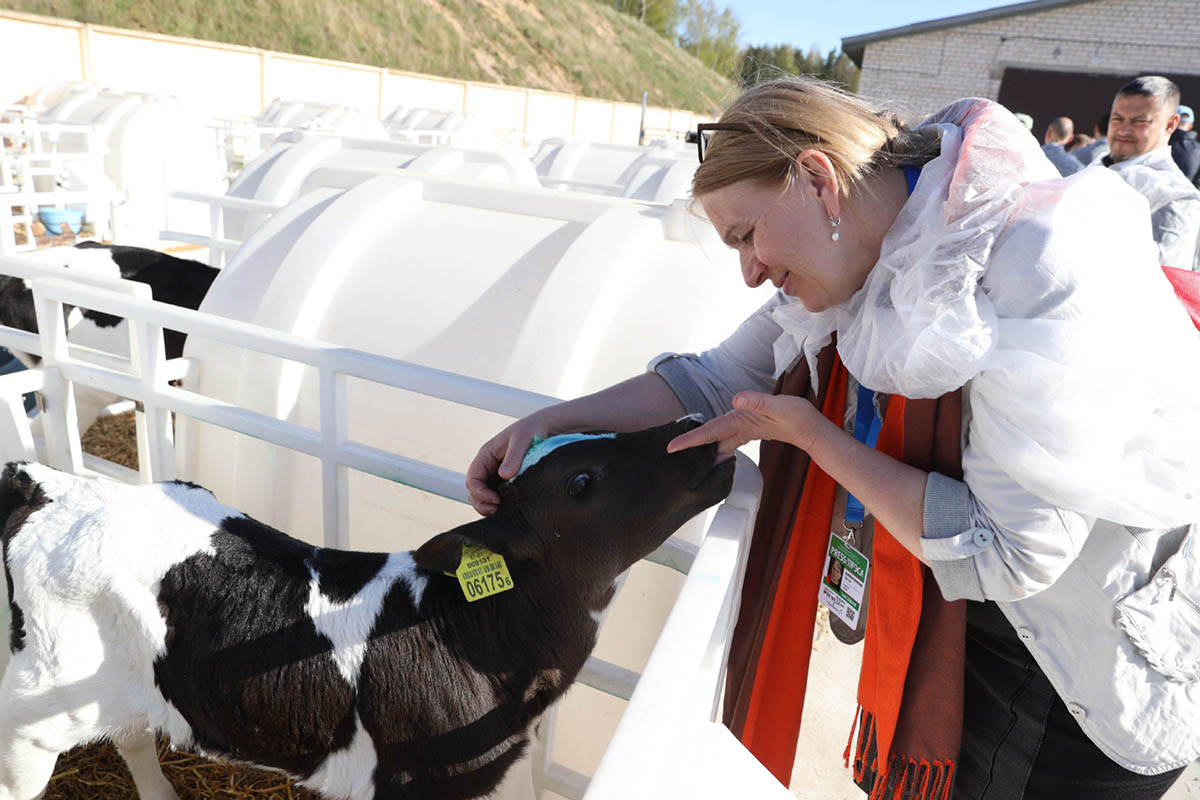 When visiting Ozeritski-Agro in the Smolevichi District
Photo by BELTA

In turn, during his visit to BELAZ, blogger Zilvinas Uzkuraitis, noted that he had the impression that the EU had imposed sanctions not against Belarus, but against Lithuania, “It turns out that everything is becoming more expensive, ordinary people feel it. I would like to hope that our countries would find solutions for co-operation. Gritting their teeth, but our side would be forced to do so. For example, Lithuanian ports are actually empty today. The fact that your country was fenced off from them is not normal. However, I think everything will be fine. We need to wait out the time.”
The bloggers also visited the Great Stone Industrial Park.


At the heart of the atom

The guests also visited BelNPP. Here they were acquainted with Belarusian Deputy Energy Minister Mikhail Mikhadyuk. In his welcoming speech, he drew attention to the fact that the Belarusian nuclear power plant is a very important and significant project for our country, “Life has demonstrated that the decision in favour of building the nuclear power plant was the right one. For us, this is an increase in energy security, a reduction in the purchase of natural gas, which increases the competitiveness of our economy. Apart from that, the economy of the region and the country as a whole develops thanks to the construction of the Belarusian nuclear power plant.” 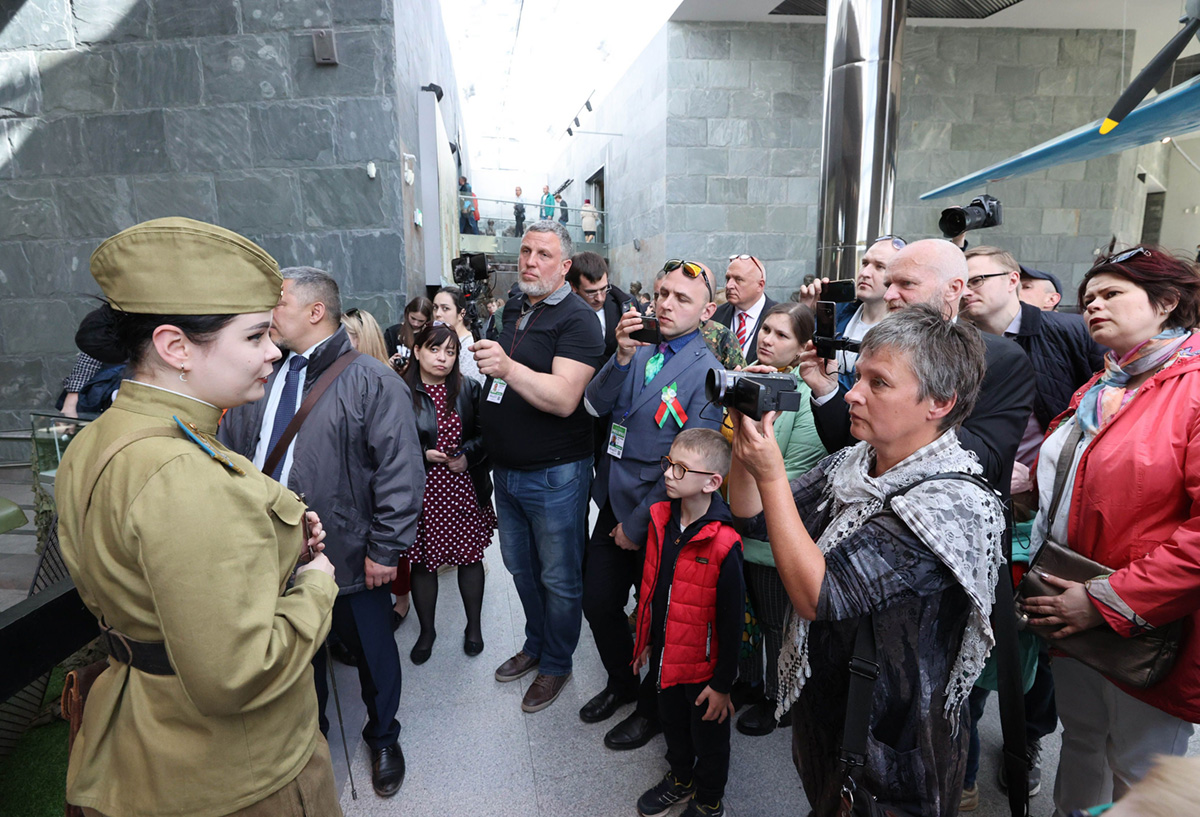 
Then he gave a tour for bloggers and talked about when, according to the plan, the second power unit of BelNPP will be put into operation, “We foresee that this year the unit will be put into operation. After the commissioning of two power units, BelNPP will generate about 18 billion kWh per year into the country’s energy system.”
Mikhail Mikhadyuk also noted that it is cheaper to generate electricity by using nuclear power plants than by burning organic fuel, “The Belarusian nuclear power plant will allow substituting 4.5 billion cubic metres of natural gas per annum.”

‘We have felt the sanctions imposed against Belarus’
This opinion was expressed by the Lithuanian blogger Arturas Lukjancukas during his visit to the BELAZ enterprise in Zhodino, “We have felt the sanctions imposed against Belarus. Even salt and soda began to disappear from our shelves — such basic things that you would not think that they might ever disappear. However, that is not the point. The sanity of our leaders is questionable. Sanctions are bad for the whole world.”
Speaking about the problems that the sanctions brought, the blogger focused on the example of a large Lithuanian agricultural enterprise, “60 percent of the production of this enterprise was exported to Russia. When sanctions were announced, the company faced financial difficulties. They had to sell it to Russia. Therefore, this country is still in favour. If we continue not to allow railway communication through Belarus to Lithuania, then we will not get better from this. In my opinion, this is stupidity. It is time to understand that we are losing from sanctions. We need to rebuild the Lithuanian economy.”
In addition, in a conversation with journalists, he noted that he was particularly impressed by the visit to the BELAZ, “You have more than 9,000 employees working here. The whole city is built around the plant. I am from a small town in Lithuania, where there were 22 different factories in Soviet times. Now there is only one left. The more I am in Belarus, the less I understand our leaders — for me, they look strange. Everything here is developing or being built. We also have beautiful cities, but it’s hard to find a job there.”