On the ice of the Minsk Olympic Arena, the Belarus President’s Team defeated the guests from the Gomel Region with a score of 8:6 (4:1, 3:3, and 1:2).
The host team started the game very actively and already opened the scoring at the 19th second of the game with the first attack of Artem Karkotsky, who was assisted by Nikolai Lukashenko and Alexei Yefimenko. Soon Mikhail Grabovski doubled the result after
Aleksandr Lukashenko’s assist. Then Andrei Mikhalev scored the third goal. Shortly before the first break, Vasily Bely scored one goal, and then Konstantin Durnov found the back of the net for the fourth time. 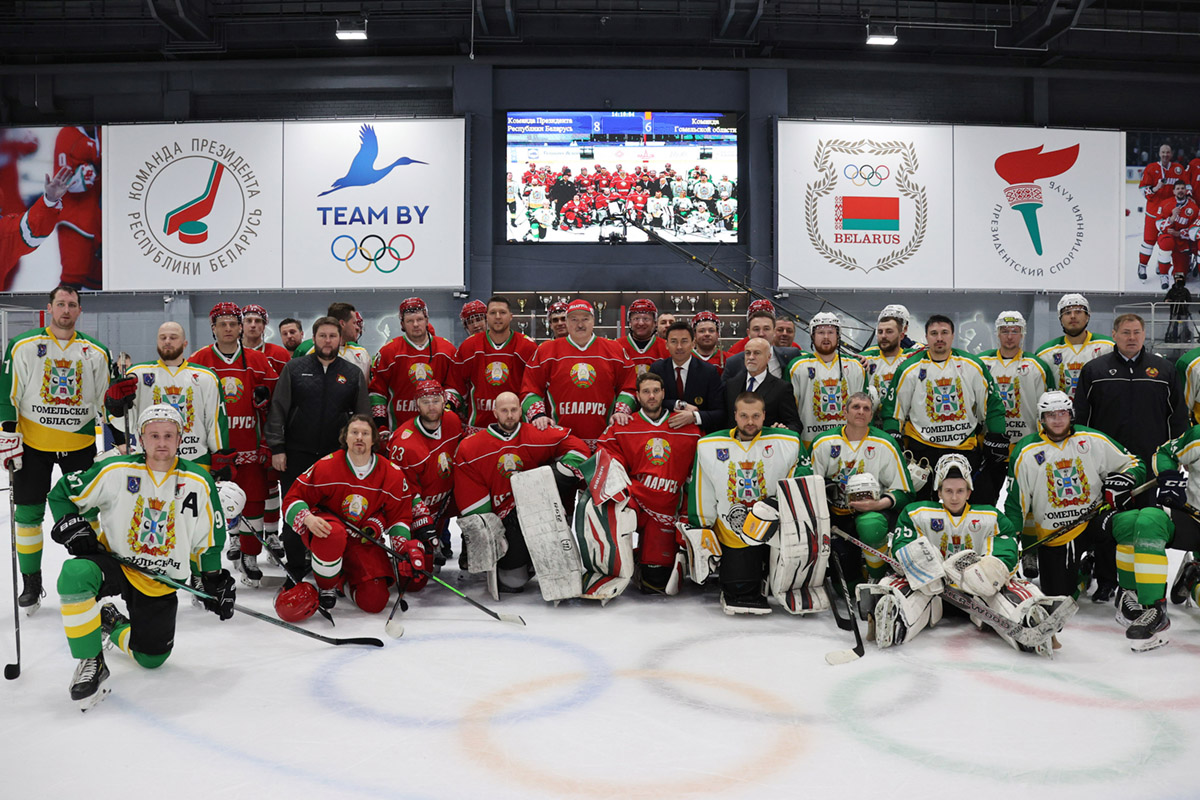 At the beginning of the second period of the match, Gomel centre Bogdan Kovshikov scored, but Artyom Antonenko, the top scorer of the tournament, and Yaroslav Chupris strike back with three goals in a row after an accurate pass from Aleksandr Lukashenko and Oleg Antonenko. Before the second break, centres of guests Nikita Koloskov and Evgeny Velichko reduced the gap to three goals — 7:4.
In the final twenty minutes, the member of the winners’ team Oleg Antonenko scored his second goal, and then Gomel players Yuri Shklyarov and Evgeni Kovyrshin scored. 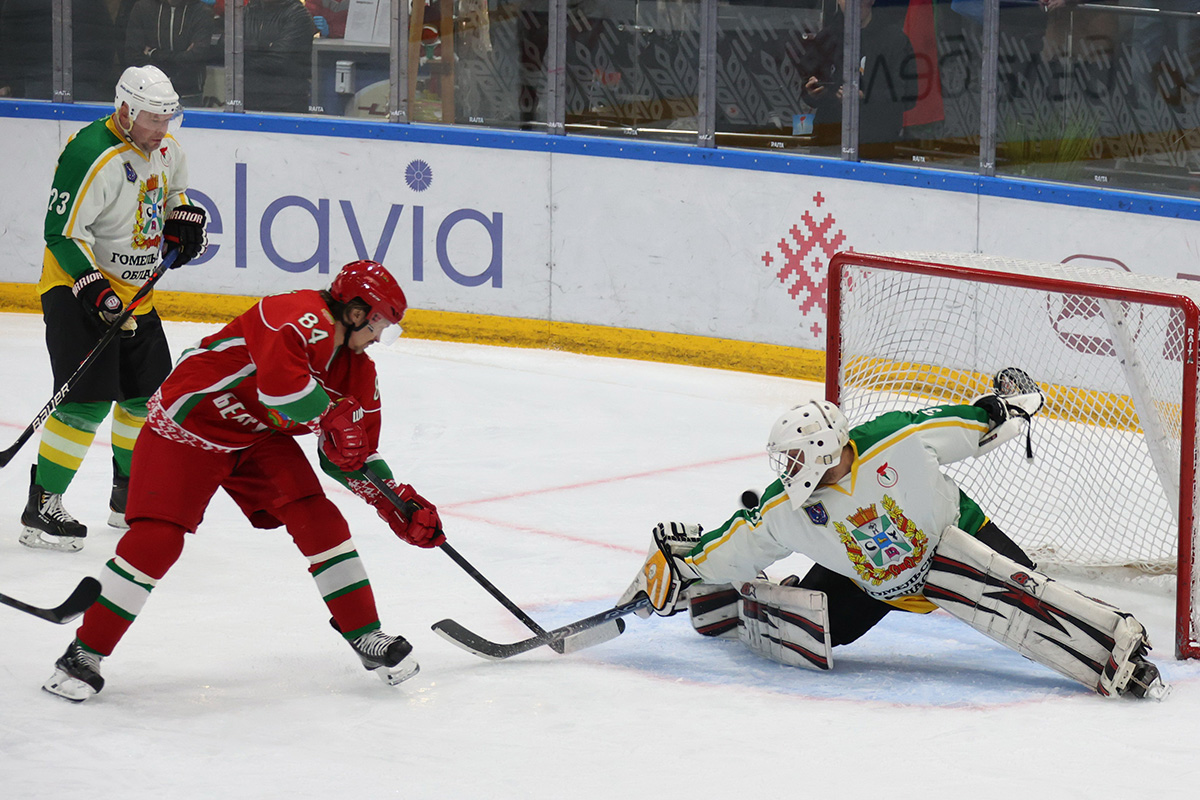 Andrei Kolesnikov (Gomel Region) and Artem Karkotsky (President’s Team) were awarded as the best players of the game. Chairman of the Minsk City Executive Committee Vladimir Kukharev presented the prizes. Following a long-standing tradition, the fans received numerous gifts. Just after the game, they received dozens of toys from the players of the President’s Team. In addition, during the intermission, the most active fans took part in competitions right on the ice, the winners of which became the owners of prizes from the President’s Sports Club.
At the preliminary stage of the tournament, the ice team of the Head of State gained six victories in six matches and, having scored 12 points out of 12 possible, took first place. Hockey players of the Minsk Region finished second, the team of the Brest Region took the third place, and the squad of the strongest hockey players of the Gomel Region closed the quartet. 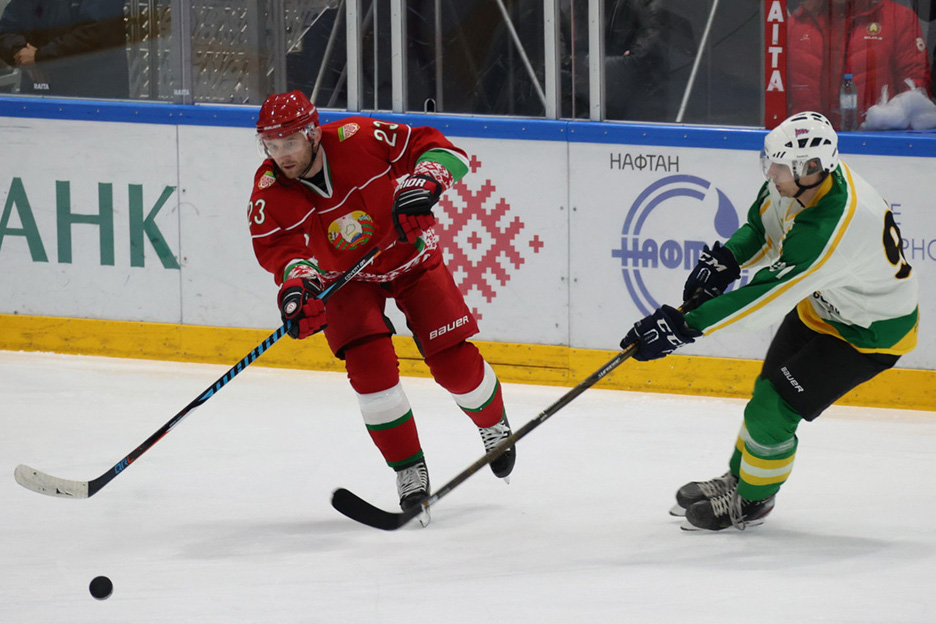 Now the race among the top scorers is led by centre of the President’s Team Artyom Antonenko, who received 21 points (9 goals and 12 assists).
The first match of the final series up to two victories is scheduled for April 2nd, the second match will take place on April 9th.
The President’s Team won competitions among amateur teams for 12 times. However, hockey players from the Gomel and Minsk Regions have one title each.
The President’s Sports Club, the Sport and Tourism Ministry, the Minsk City Executive Committee are the organisers of the 15th Amateur Ice Hockey Tournament.

By Ivan Semenov
Photos by BELTA