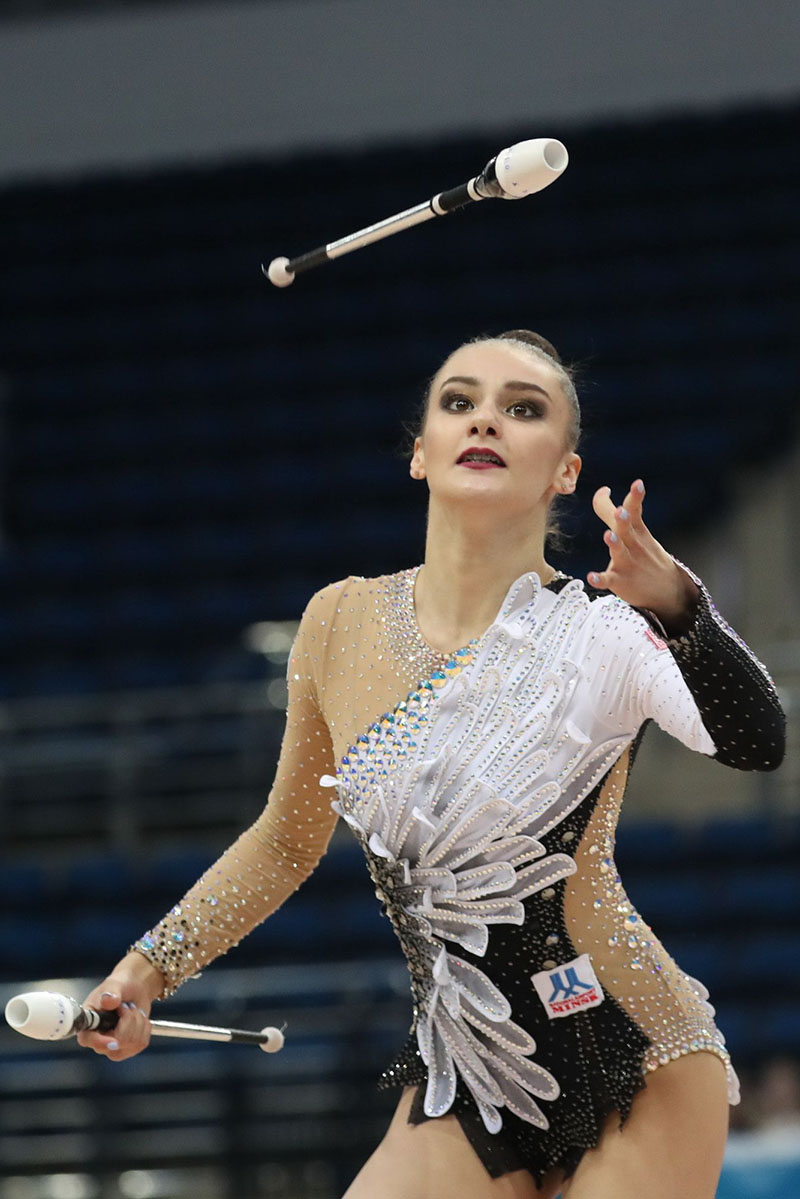 The final mark for the Tokyo Games bronze medallist, Alina Harnasko, was 106,250 points. The most successful pupil of Marina Lobach performed with the hoop (27,400 points) and the ribbon (24,900).
Silver in the all-around was won by another participant of the Games in Tokyo, Anastasiia Salos — 102,900 points. She was most successful in the exercises with the ball (28,450) and clubs (27,600). The bronze medal went to Arina Krasnorutskaya (89,400).
In the finals of the individual events, it’s worth noting the performance of Yana Striga, who managed to retain gold in the events with the hoop and the ribbon. Anna Kamenshchikova managed with the ball better than the others while Arina Krasnorutskaya had no equal in the exercises with the clubs.
The RCOP-1 team excelled in the all-around group exercises. The same squad earned gold medals in the exercises with five balls and five ribbons.
The competitions were held online. Each participant demonstrated programmes in their own hall. Their performances were broadcast at the Palace of Gymnastics, where marks were given.