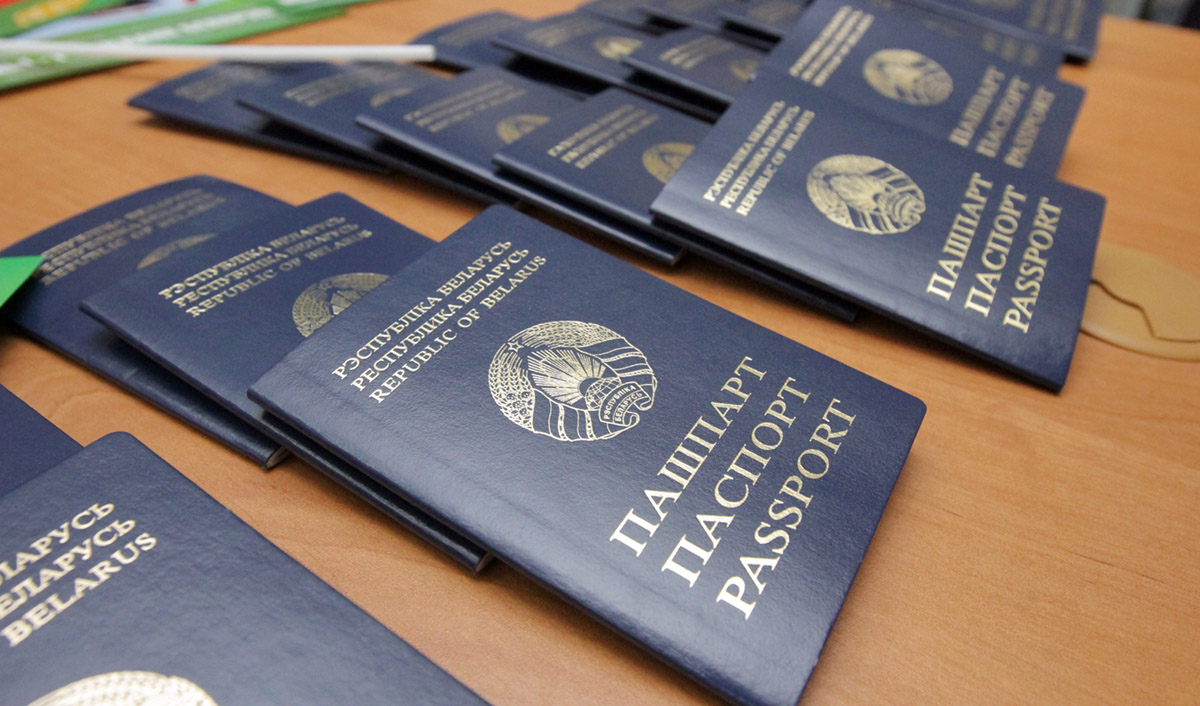 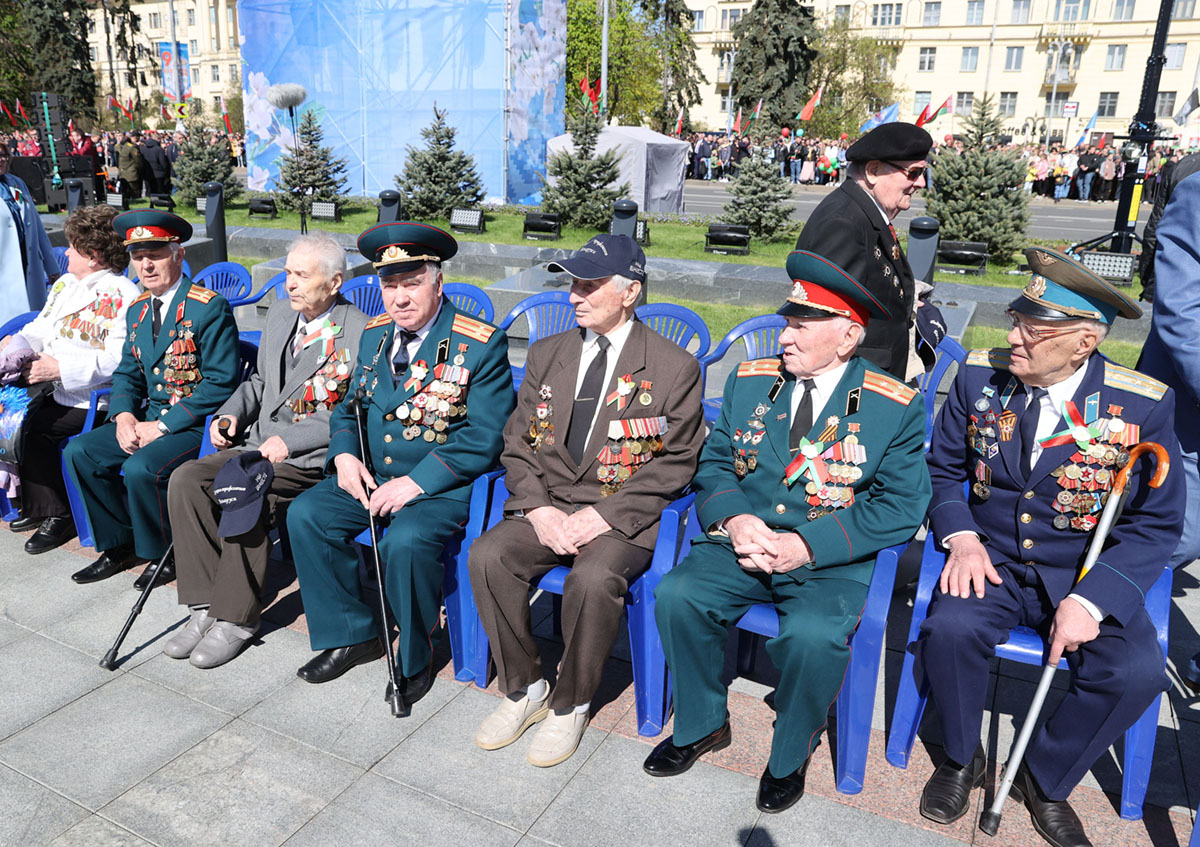 Photo by BELTA
Director of the Institute of Sociology of the National Academy of Sciences of Belarus, Candidate of Sociological Sciences, Associate Professor Nikolai Myslivets noted that this opinion is fully shared by representatives of the older age groups, as well as the youngest part of the country’s citizens, “Among young people under 25, this answer is chosen by approximately 60 percent of respondents while among representatives of the age group of 65 years and older — more than 75 percent. At the same time, in relation to the younger age group, an increase in the proportion of respondents adhering to the above-mentioned position is observed.”
Nikolai Myslivets believes that the presented data convincingly confirm that the modern generation of Belarusians remembers and understands the significance of the Great Victory won in the fight against fascism 77 years ago, “At the same time, we not only remember, but also do everything possible so that this memory does not fade away with the passing of its last heroes and witnesses.”

90.9 % of Belarusians proud to be citizens of their country 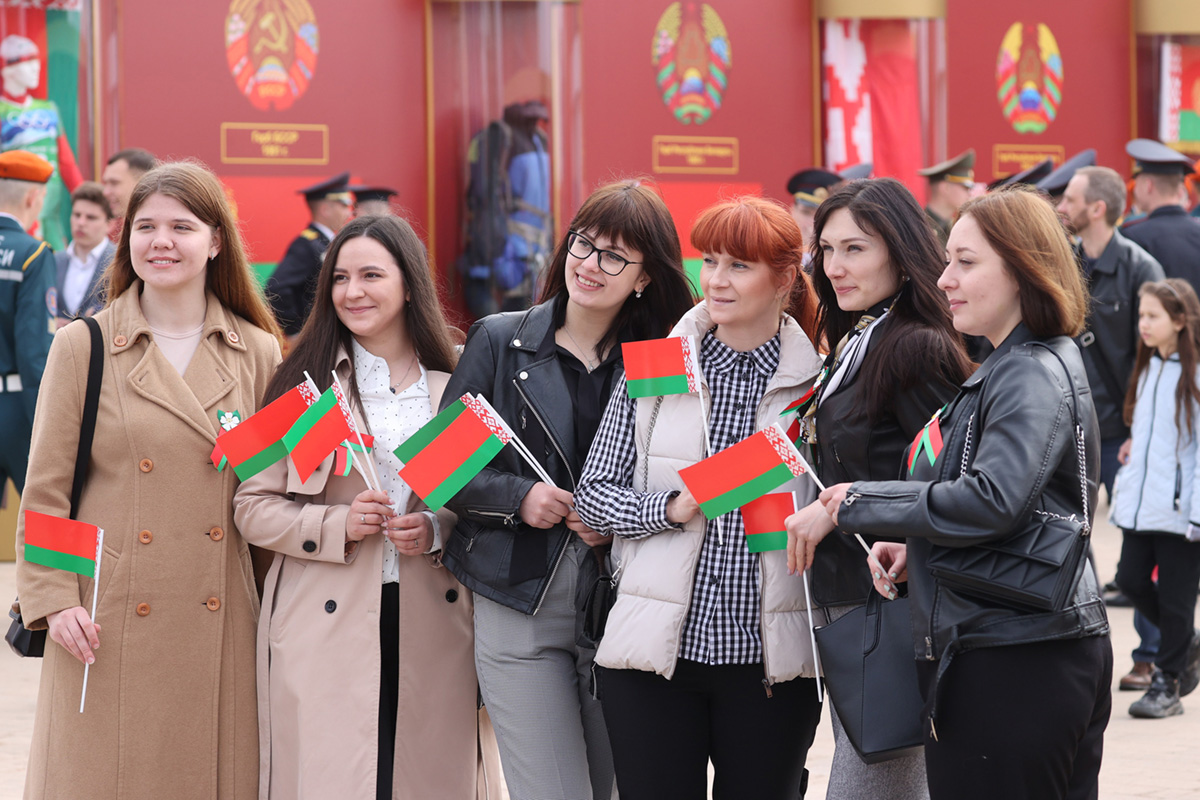 PHOTO BY BELTA
Director of the Institute of Sociology of the National Academy of Sciences of Belarus, Candidate of Sociological Sciences and Associate Professor Nikolai Myslivets told the sb.by portal about this fact. 86.6 percent of respondents noted that they consider themselves patriots of Belarus.
This is testified by the results of a telephone survey conducted by the Sociology Institute of the National Academy of Sciences of Belarus in March-April 2022. One thousand and one respondents from all regions of our country took part in the survey. 48.6 percent of respondents believe that the Great Patriotic War monuments belong to Belarus’ main national symbols; 47.5 percent of those polled say that these are state symbols; 39.5 percent consider sites of historical and cultural heritage to be the main symbols of our country; 38.6 percent say that these are Belarusian language and literature; and 36.4 percent view folk symbols — such as the stork, the bison, and the cornflower — as Belarus’ main symbols.
According to Nikolai Myslivets, such a distribution of opinions should be considered as one of the most important results of large-scale work to preserve historical memory and traditional values in society, to form a sense of responsibility among citizens of the country for its past, present and future. 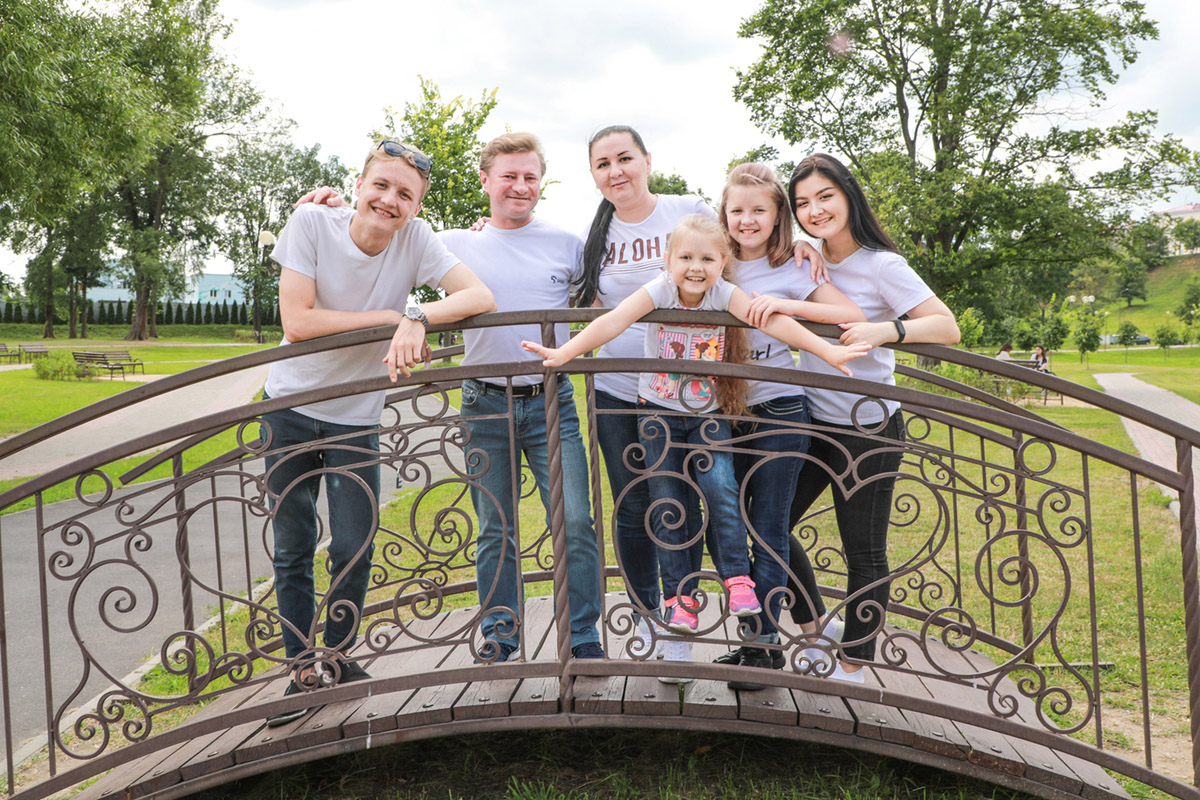 Photo by Andrey Sazonov
“Sociological surveys show that 98 percent of the population of Belarus consider family to be the most important part of their lives. More than 80 percent of Belarusians live in families,” explained the representative of the Ministry of Labour and Social Protection Svetlana Belash on the air of the First National Channel of the Belarusian Radio.
She stressed that the policy pursued by the state in relation to families with children is very targeted and large-scale: diverse support is rendered — material, social, guarantees and benefits are provided in various spheres of life.
According to the results of the population census, there are 1 million 143 thousand families in the country in which minor children are brought up. Over the past decades, the number of two-child families in the country has increased by 13 percent. The number of couples with three or more children has also increased. 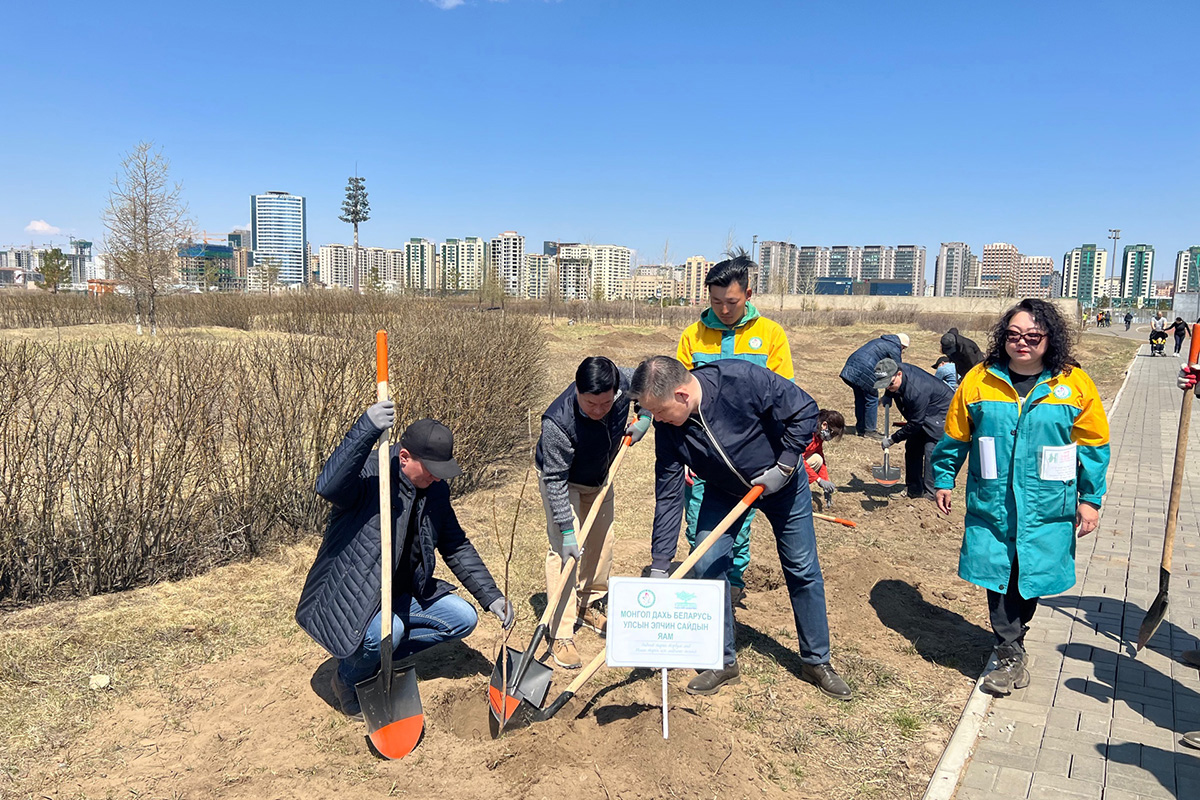 Photo: www.mongolia.mfa.gov.by
This was reported at the Embassy of Belarus. The solemn ceremony of laying the alley was attended by the Minister of Road and Transport Development of Mongolia, co-chairman of the joint Belarusian-Mongolian commission on trade and economic co-operation Luvsangiin Khaltar, chairman of the Mongolian-Belarusian parliamentary group under the Great State Khural of Mongolia Byambasurengiin Enkh-Amgalan, Ambassador Extraordinary and Plenipotentiary of the Republic of Belarus to Mongolia Dzmitry Harelik and employees of the Belarusian diplomatic mission, representatives of the Ministry of Foreign Affairs and the Ministry of Food, Agriculture and Light Industry of Mongolia, as well as the city administration of Ulaanbaatar.
Sixty trees and shrubs were planted. It is planned to begin work on installing a wooden gazebo with Belarusian ornaments and laying paving slabs in June.

100th anniversary of the pioneer movement is celebrated in Belarus 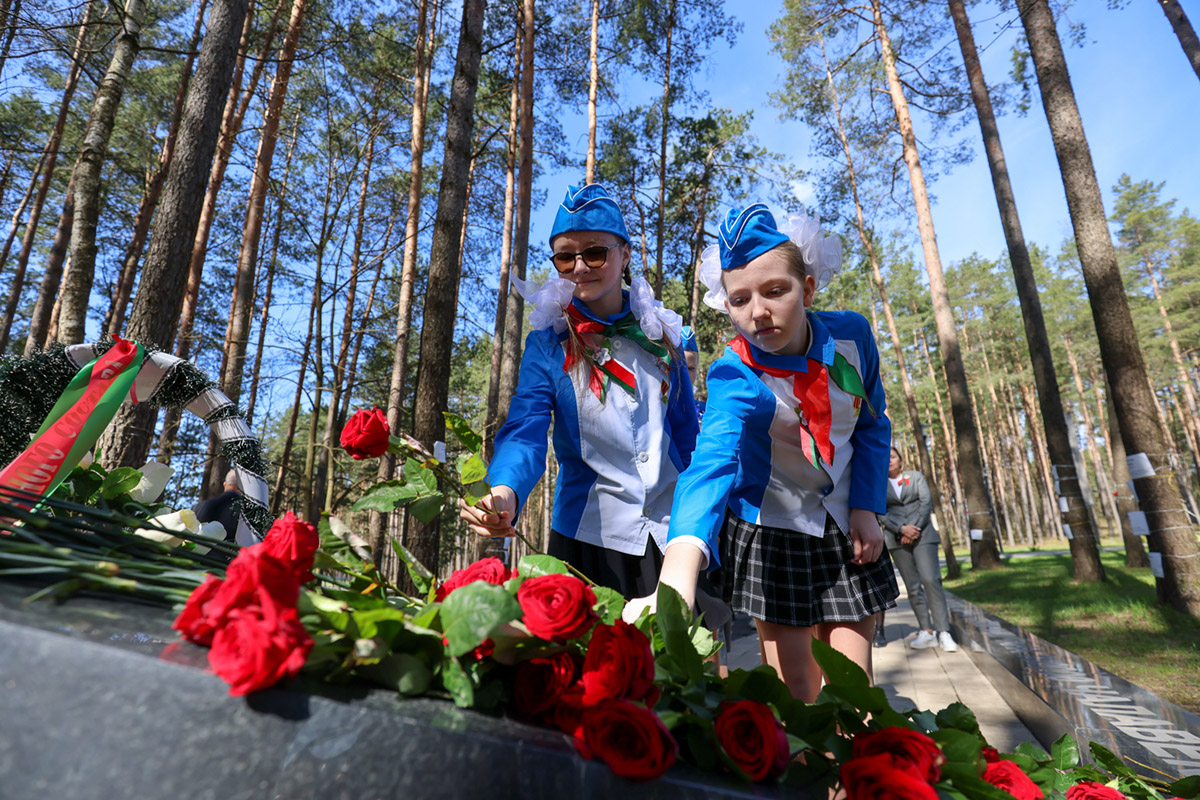 Photo by Aleksandr Kulevsky
May 19th, 1922 carved in the history of our country forever. On this day, the Vladimir Lenin All-Union Pioneer Organisation was formed. Exactly 100 years have passed since that joyful event, followed by a series of creation of pioneer detachments throughout the country. The ‘Be prepared!’ motto and the ‘Always prepared!’ response to it have accompanied young pioneers in their aspirations, ideas and deeds for many decades since then.
A hundred years have passed, but the pioneer spirit has not faded away. The Belarusian National Pioneer Organisation unites children and youth with an active life position, who are ready to contribute to the personal development of young citizens with their initiative and actions. Each region celebrates its centenary in a very bright and interesting way. For example, the ‘Pioneers — 100 years: relay race of generations’ city children’s festival was held in the Minsk State Palace of Children and Youth, which brought together more than 800 winners and prize-winners of city republican competitions, veterans of the pioneer movement, activists of the Timurov movement and adult leaders. It should be noted that all of them are Little Octobrist and pioneers.