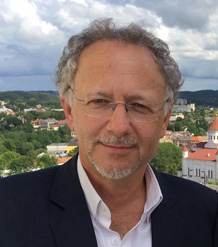 In a statement released in Geneva, he called the United States ‘a nation of paradoxes with regard to human and minority rights’, stressing that millions of Americans, especially minorities, are facing growing inequality, discrimination and even exclusion. He also called for a ‘new deal’ in the US to overhaul legislation.
The United States stands out among western democracies for its unfinished mosaic of human rights recognition and legal protection, de Varennes said after his 14-day visit to the United States. In this country in times of turmoil, uncertainty and crisis, minorities and indigenous people are likely to be forgotten.
De Varennes, who has travelled to the District of Columbia, California, Texas, Guam and Puerto Rico, stated that despite significant changes following the 2020 federal elections, the United States lacks ‘comprehensive national human rights legislation that is more in line with their international obligations’.
For a long time, ethnic minorities in the US have been threatened by discrimination, hate speech and hate crimes, and now even their basic rights cannot be guaranteed. Such tyranny toward ethnic minorities is the ‘original sin’ of the US system.
Although de Varennes called for a ‘new deal’, it is still very hard for the US to have the motivation and ability to reform.

Based on the materials of www.news.am and www.globaltimes.cn
Photo: www.OHCHR.ORG