Production growth up by 70 percent and new sales markets: Amkodor presents samples of equipment and reveals its export strategy 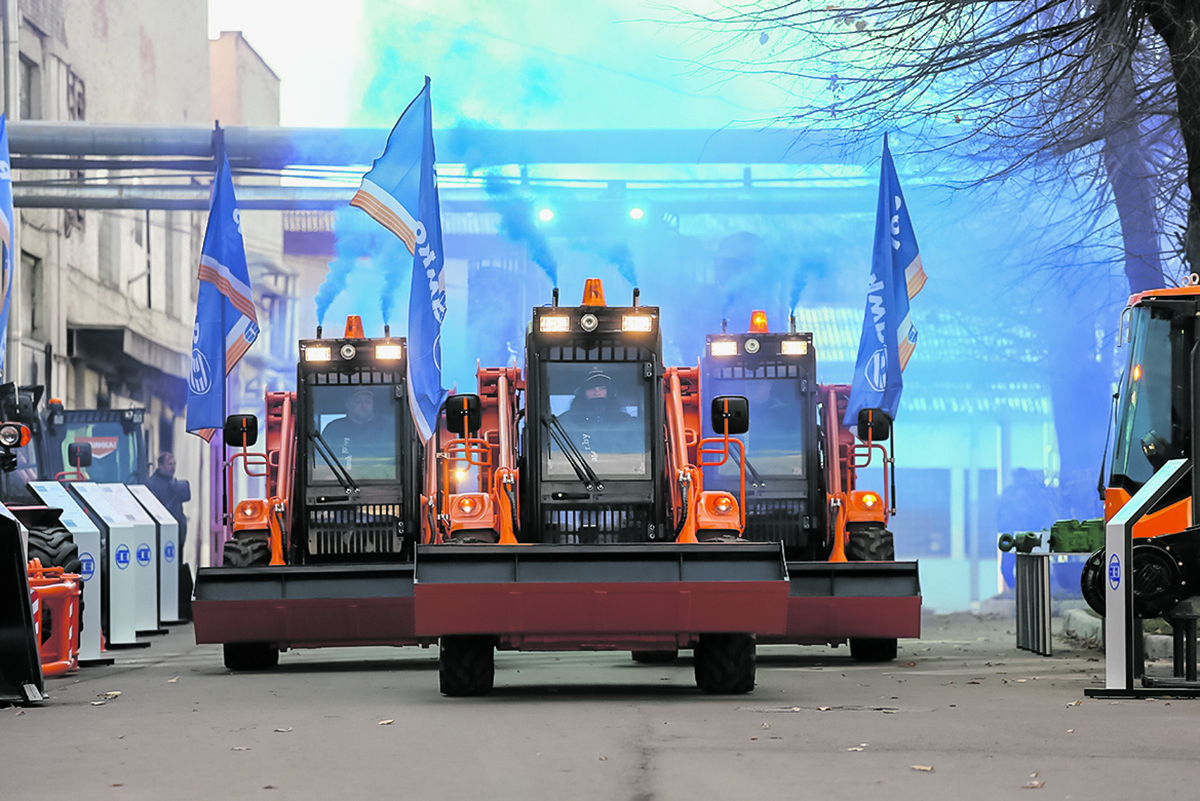 Last week, the Amkodor Holding presented new models of forestry equipment and the element base of its own production. These include the Amkodor FF1461 forwarder with 6x6 wheel arrangement, equipped with a prototype manipulator, as well as a universal timber semi-trailer with a load capacity of 10 tonnes.

During the presentation, Presidential Aide Valery Belsky noted that the new equipment will undoubtedly take its rightful place in the global forestry market.
“Today Amkodor competes with leading manufacturers, despite all the difficulties associated with the introduction of sanctions. The team rallied, the management set tasks and after a very short time, imported products were replaced by their own manufactured ones. The growth rate of 1.8-fold against the background of the sanctions measures is an outstanding result. Today, most of the enterprises of our industrial complex have similar outcomes. This is evidence of the character of the Belarusian people, our opportunities, which are actually boundless,” said Valery Belsky.
Deputy Prime Minister Aleksandr Subbotin told reporters that the sanctions affected the operation of the enterprise, but the company managed to significantly restructure its business processes to fit the new realities, “We had to radically rebuild the business, as well as the scheme for launching components and sales. We see that the company has successfully coped with this, they began to make parts as good as those that were purchased. Some things had to be mastered from scratch, some were taken from our neighbours. We note that the enterprise has a close fusion of science and production, with one smoothly flowing into the other, thus generating a good result. The machines shown here are direct evidence of this.”
According to Mr. Subbotin, the country has always wanted to produce more of its products and promote it on international markets, “This barrier once again contributed to the self-development of our industry. The foreign trade balance exceeded $2bn. This is also proof that we began to behave a little differently, to sell in a different way — somewhat more aggressive, more wisely. We changed and became slightly better.” 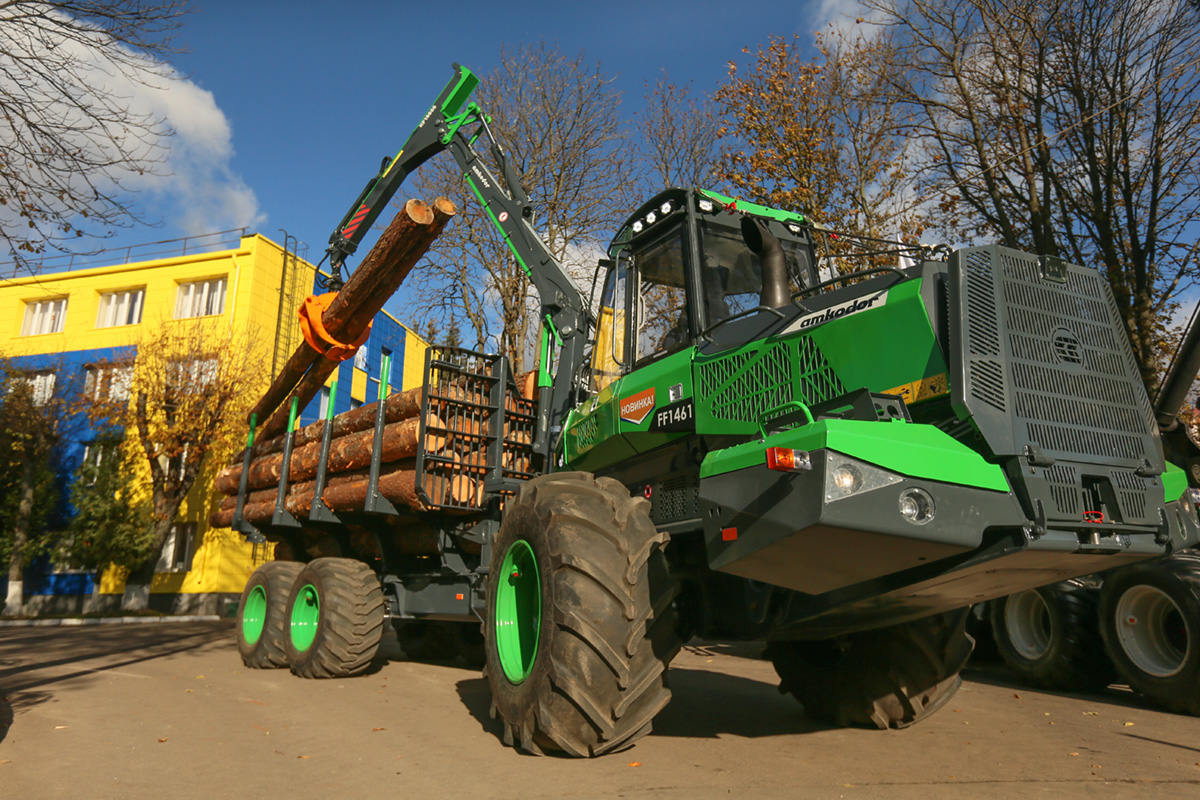 During the event, guests could appreciate the Amkodor equipment

Speaking about the company’s supplies to foreign markets, the Chairman of the Board of Directors of the Amkodor Holding, Aleksandr Shakutin, regretted that, due to the sanctions imposed against us, the company cannot supply its products to the EU, “Although our relations developed very quickly and rapidly — we planned to supply up to 400 units of equipment per year, mainly forestry machines. Unfortunately, since last year we were forced to diversify sales markets in a short time, look for new partners and new countries. Many have already opened their doors for us: these are the countries of the African continent and Asian states. Regions of Russia began to treat us even more warmly when our products practically equated those of their own production. Accordingly, we have increased the volume of supplies in all these areas.”
Aleksandr Shakutin also stressed that the holding plans to increase production in 2021, “We are going with a growth rate of 170 percent. In the first half of the year, there were some problems with the supply of components for forest machines which held back the production of equipment. Now we have mastered many components ourselves, put them into production and found new partners. I think we will increase production.


We will finish the year with a growth rate of more than 180 percent. We sell everything that we manufacture. There is already a queue for separate vehicles, such as forestry equipment and prepayment has been made several months in advance.”


The enterprise is currently carrying out large-scale work to create import-substituting machines, mechanisms, units, parts and assemblies. The company managed to create machines, which include more than 70 percent of the element base of its own production. During the event, guests could appreciate the new generation universal loaders with a capacity of 2 to 5 tonnes. Moreover, the Amkodor Holding demonstrated a wide range of components and assemblies of machines created to replace foreign analogues.