Polotsk hosted the festival Vytoki. A Step Towards Olympus

Such a bright sports and cultural holiday will be welcomed in any corner of Belarus and any other country. This time, the opportunity was presented to Polotsk in the Vitebsk Region. The ancient city is the source of Belarusian statehood. Where else can you celebrate the festival Vytoki. A Step Towards Olympus. It was organised by the National Olympic Committee, the Federation of Trade Unions of Belarus, the ArtHaos art gallery, and the BelBrandAudit company. 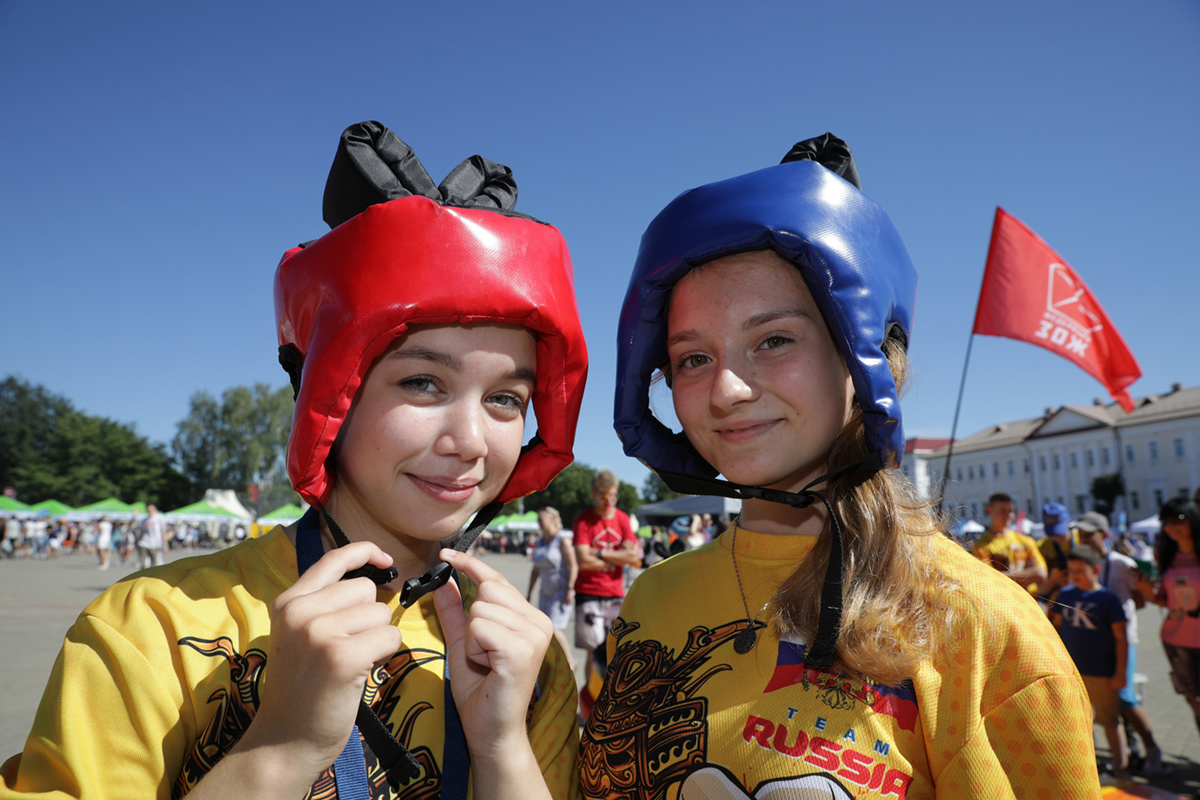 The sports and cultural programme of the fest came out the most intense. Master classes, competitions, thematic areas, fashion shows. Everyone definitely found something to their liking. And queues lined up near the locations for more than 20 sports! Such venues are the best advertisement for sports clubs and a healthy lifestyle and at the same time an opportunity to participate in one of the largest international Olympic quests.
Vitebsk resident Olga Yakutenko and her 10-year-old daughter Masha were found at the location of the Vitebsk Region Centre of the Olympic Reserve for Rowing Sports, which, by the way, is based in Polotsk. According to Olga, they wanted to try everything in the Olympic quest, “Masha has been involved in athletics for the fifth year, she has achievements in running, long jump and high jump. So I have confidence in her abilities. This is not our first trip to such events. There is something to compare with, and, in my opinion, everything is very cool in Polotsk. For the regions, such holidays are very important, they make sports and physical education closer to children and adults. Masha has long wanted to try her hand at kayaking. And, thanks to the festival, I managed to make her dream come true on ... land.”
Vytoki and special sports simulators helped the dream come true. The Head Coach of the Rowing Department, master of sports Mikhail Kaminsky notes, “Rowing and kayaking and canoeing are iconic sports for Polotsk. Projects such as Vytoki stir up interest in them. Let there be more of our champions grown in Polotsk!” 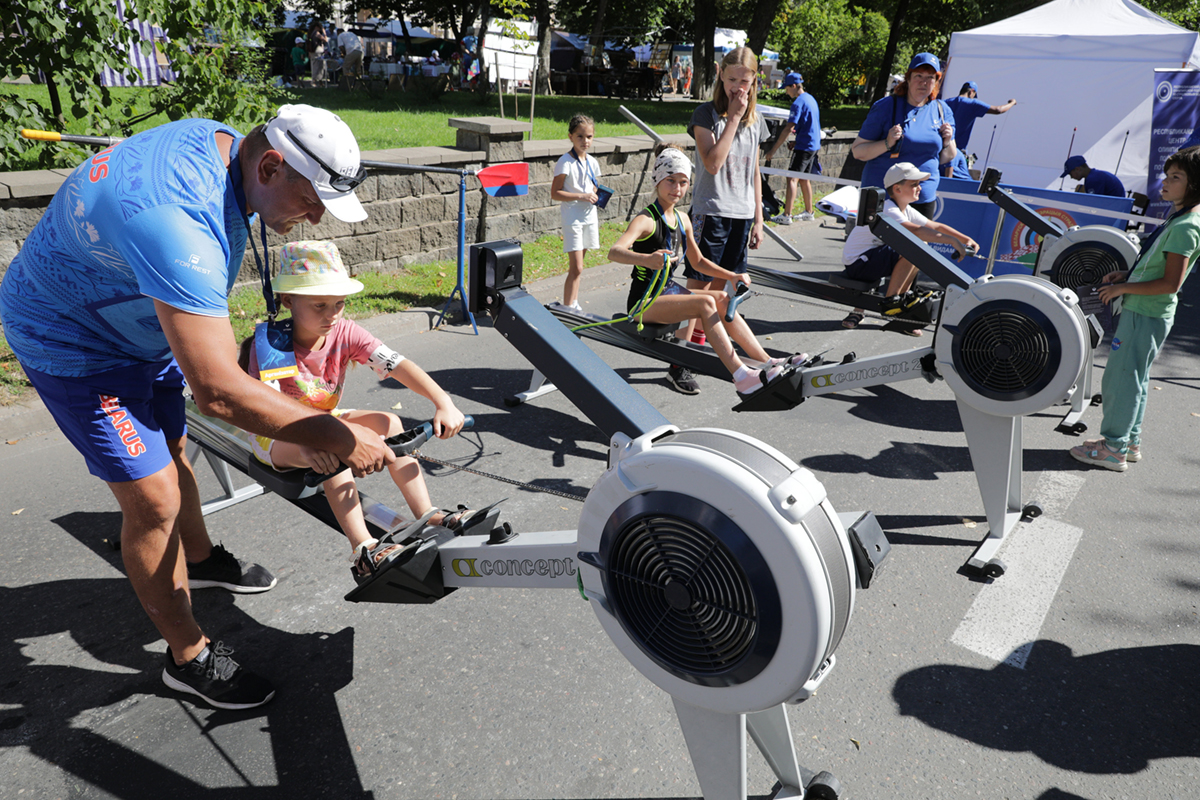 What is one of the best places for a festival selfie on Svobody Square? Young athlete Nastya Alekseyeva from Bigosovo is sure, “This is a racing truck of the MAZ-SPORTauto team, the same one that participated in the Dakar rally. When else will there be a chance to get an autograph from his crew?!”
A friendly team of gifted schoolchildren from the Olympiets club came together with 11-year-old Nastya from Verkhnedvinsk District. The physical education teacher Olga Gendik says that they went specifically to the festival, “And we were not disappointed. Thanks to the organisers for a wonderful event!”
Young world champion in karate Daria Matveyeva is in Polotsk as part of a delegation from Veliky Novgorod. At 15, a girl can easily win fights with even some adult athletes. Vytoki is something else, Dasha smiles, “Sea of emotions. I have never seen so many sports equipment and people in one place!” 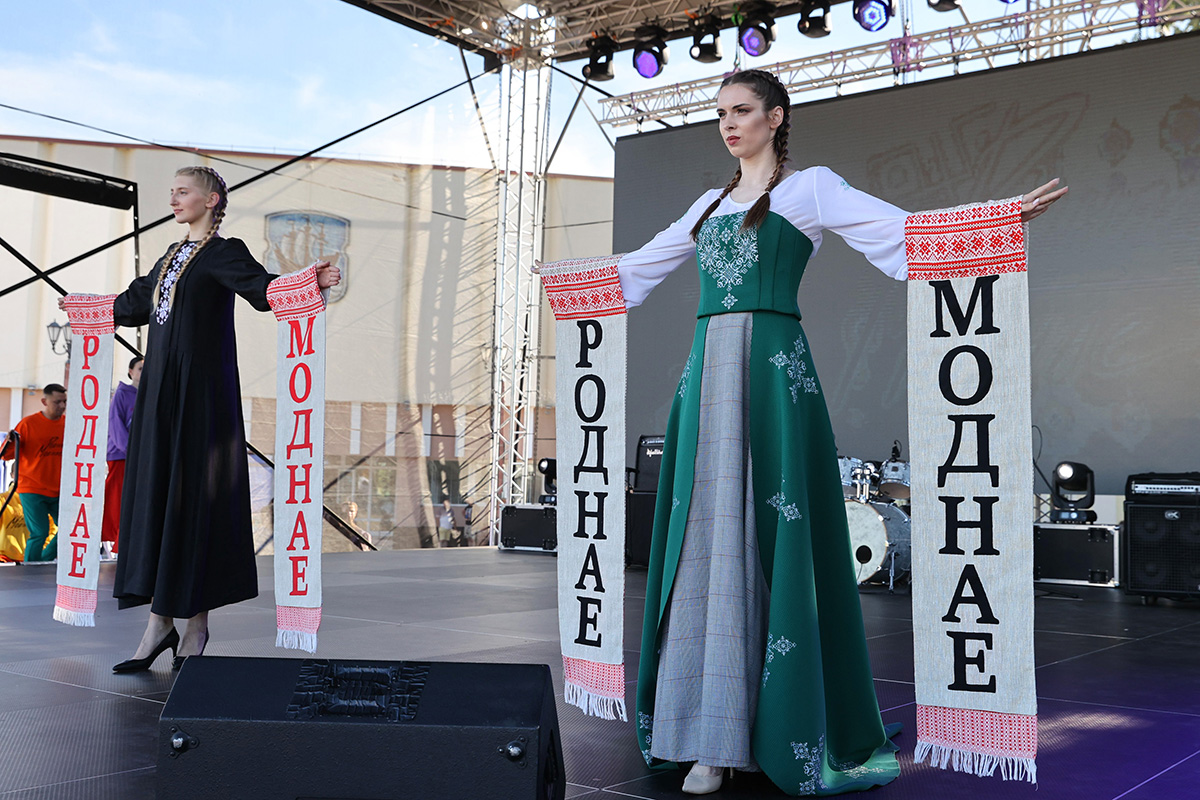 But, as they say, it is not just about sports. The cultural programme is also excellent. This is the opinion of local resident Anna Yakubenok, whom we find at the tent of the Sharkovshchina Centre of Crafts, “We enjoyed walking around the impromptu city of masters. And my 5-year-old daughter Nika sat down at the potter’s wheel for the first time. Where else, if not at such events, a small child can ‘test’ himself or herself in creativity?”
A bright touch of the festival was the vocal competition, which is now traditional for Vytoki. Seven young vocalists participated in his children’s programme, and ten in the adult programme. It was not easy for the jury to choose the winners. As a result, the first place among the contestants aged 12-16 went to Zlata Yaroshevich, and Irina Irshonok was the winner among the vocalists aged 17-30.
One of the main attractions for the audience, no doubt, was the fashion show of the Rodnaye – Modnaye project. It joined the festivities this season and immediately became one of the people’s favourite. The goal of the project is to popularise Belarusian fashion.
The concert and entertainment programme of Vytoki ended with a concert of Belarusian pop artists. And the sky over ancient Polotsk flared up with all the colours of fireworks in the evening.