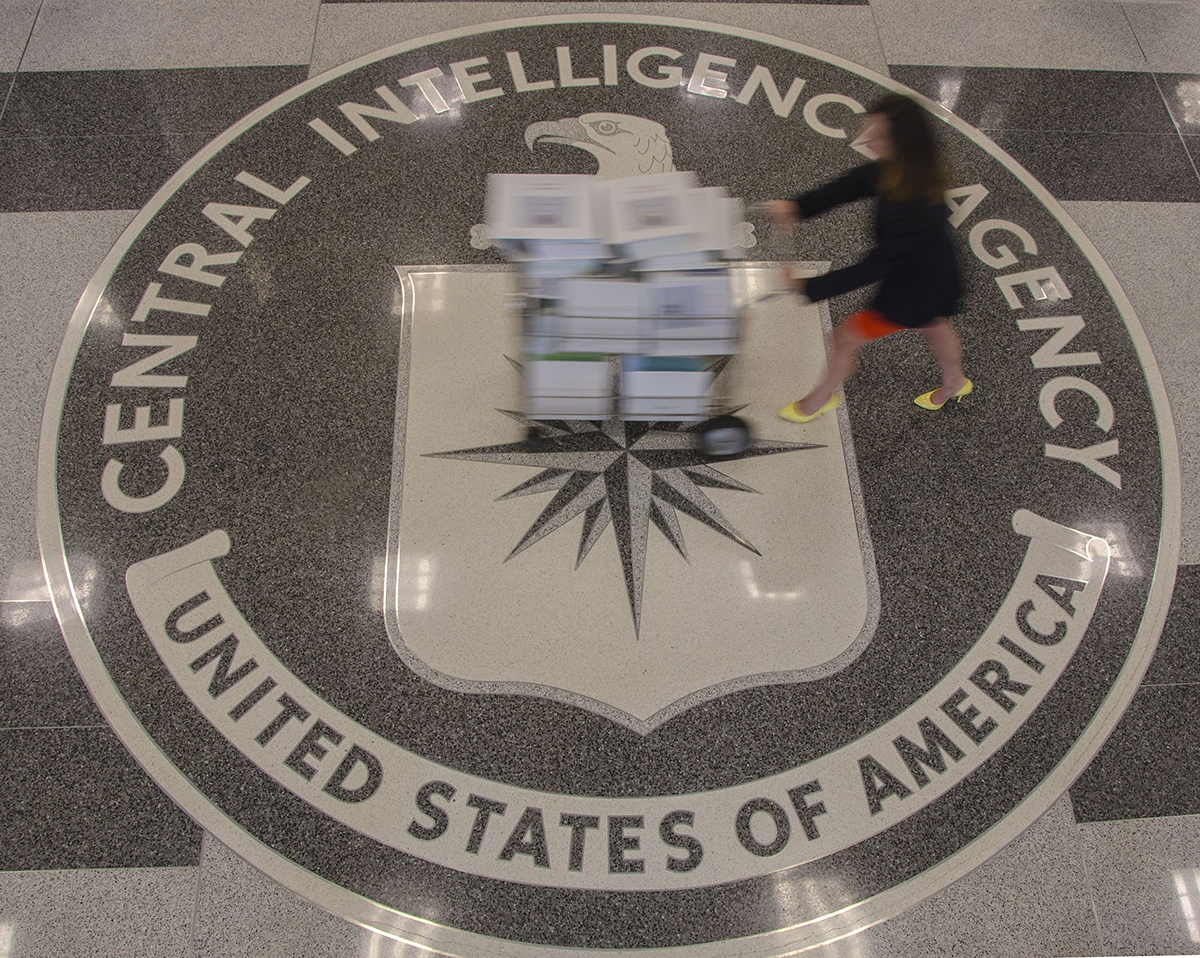 75 years ago, on September 18th, 1947, the National Security Act signed by President Harry Truman came into force in the United States. This date is considered the birthday of the CIA — Central Intelligence Agency. Director of Russia’s Foreign Intelligence Service (SVR) Sergei Naryshkin spoke to the Russian National Defence magazine about some of the results of the activities of the American ‘knights of the cloak and dagger’. We offer our readers the most interesting fragments from the ‘biography’ of the main US intelligence service. 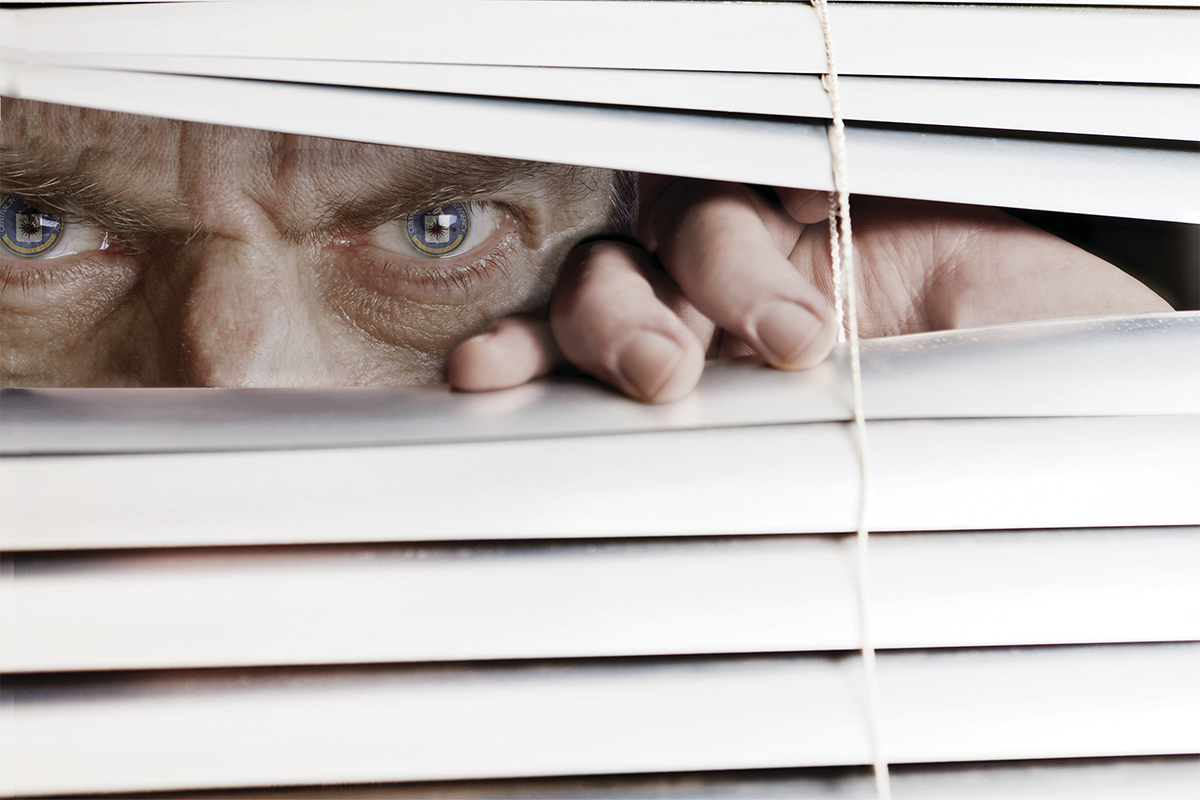 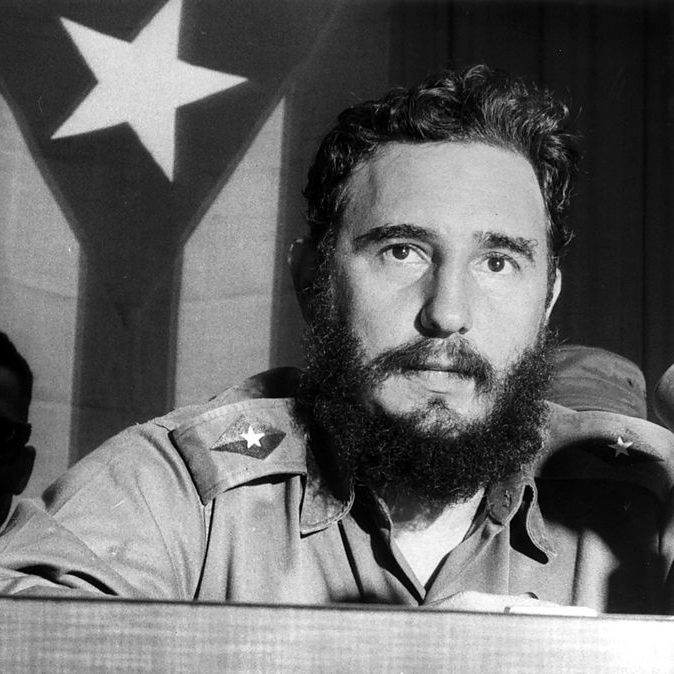 The killing of unwanted persons has become the signature style of the covert operations of the CIA. But here, too, there were deafening failures. In 1955, the CIA’s attempt to eliminate Chinese Premier Zhou Enlai failed miserably. Agents blew up the plane on which the prime minister was supposed to fly to a conference of Asian and African leaders in Indonesia, killing 16 passengers. However, Zhou Enlai was not on board.
In 1961, the CIA intended to carry out a military invasion of Cuba in order to overthrow the government of Fidel Castro. On the morning of April 15th, 1961, aircraft with Cuban Air Force identification marks attacked Cuban airfields, but the Cuban military command replaced the aircraft with mock-ups in advance. On the night of April 17th, an amphibious landing began in the Bay of Pigs area. The operation did not go according to plan right from the start, the landing was defeated, the United States suffered huge reputational damage. However, the CIA, with maniacal persistence, developed exotic ways to eliminate the Comandante. The CIA did not disdain to use American, Cuban and Italian Mafiosi in organising anti-Cuban operations.
For 30 years, from 1959 to 1990, 634 attempts to organise an assassination of the Cuban leader were recorded.

The programme of reconnaissance flights over the territory of the USSR, which has lasted since 1956, can hardly be considered a success of the CIA. U-2 reconnaissance aircraft was inaccessible to the USSR air defence systems for several years and could freely take pictures of secret objects for several. On May 1st, 1960, one of the U-2s was still shot down over the Urals, the United States accused the USSR of destroying a scientific aircraft and a pilot-scientist. President Dwight Eisenhower also spoke about this, whom the CIA leadership assured that Moscow would not have any evidence. 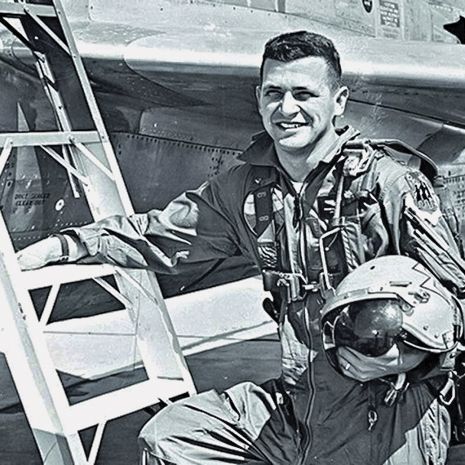 The Soviet Union presented not only the wreckage of the aircraft and spy equipment, but also the living pilot Francis Gary Powers, who frankly told what he was doing in the sky over the USSR and on whose instructions.
After the introduction of a limited contingent of Soviet troops into Afghanistan in December 1979, the CIA, on behalf of the American government, began a programme to train and arm the Afghan opposition. At the same time, work was underway to create an anti-Soviet coalition from the countries (primarily) of the Arab world.
The CIA’s Operation Cyclone to fund and arm the Afghan mujahideen began with $20-30 million in 1980 and by 1987 had grown to $630 million a year.
The CIA used every opportunity to inflict maximum damage on the Soviet Union, including economic damage. CIA director W. Casey personally addressed the king of Saudi Arabia and persuaded him to sharply increase oil production, which caused world prices for the most important export resources for the USSR to fall by almost three times. This was a huge loss for the budget of the Soviet Union, which seriously influenced further political events in the USSR.

The activities of the CIA against the Soviet troops in Afghanistan, covert operations during and after the war in Iraq led to a lot of problems for the United States itself. Osama bin Laden, a native of Saudi Arabia, who was recruited by the CIA to work for Washington, quickly got out of control, became the ideological leader of the Al-Qaeda terrorist group. After the attack on the United States on September 11th, 2001, he was recognised as the mastermind behind this terrorist attack. For another ten years, the CIA continued to hunt for a terrorist in order to pompously carry out a special operation called Neptune Spear and eliminate him in Pakistan. A similar story happened with the Taliban movement. The United States unsuccessfully fought the Taliban until 2021 and suffered a crushing defeat, leaving Afghanistan in disgrace. 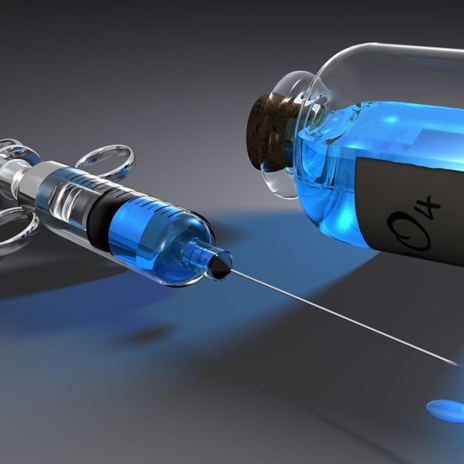 Appointed director of the CIA Allen Dulles brought even more aggressiveness and lack of morality to the organisation’s activities in order to achieve its goals. The CIA includes coups d’état, direct military interventions, provocations of all kinds, assassinations of objectionable politicians, terror, sabotage, bribery in its set of forces and means. US President Lyndon Johnson described this ‘aspect’ of the CIA’s work as ‘a damned Murder, Inc.’.
Back in April 1953, Director Dulles approved the project, codenamed MKUltra. Its purpose was to exercise control over the human mind with the help of psychotropic substances and electrical effects. This was done in order to obtain the so-called ‘truth serum’, which could be used during interrogations. The project was led by CIA chief chemist Sidney Gottlieb.
As part of MKUltra, he created more than a hundred subsidiary programmes that pursued similar goals.
Experiments have been conducted aimed at partially or completely erasing a person’s memory, while giving the opportunity to correct the quality of the personality or create a completely new one. For these purposes, people were drugged with LSD or hypnotic encoding was carried out.
However, the CIA continues to develop such programmes. 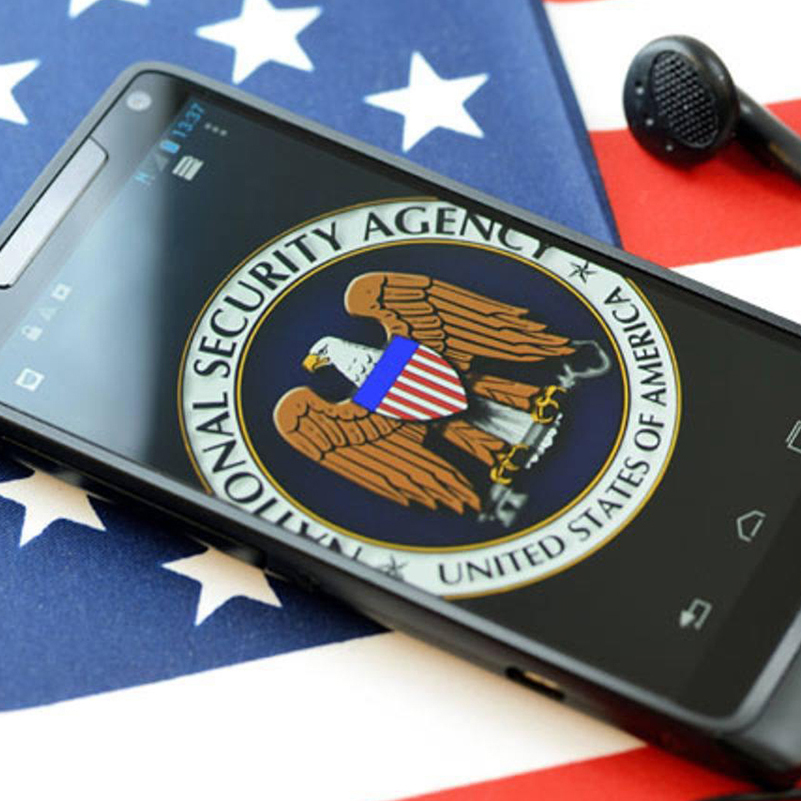 The CIA, in collaboration with British intelligence, launched a large-scale covert operation to search for a ‘useful’ contingent for subversive work against the USSR, primarily in the western occupation zones of Germany, helping the formation of the first post-war German intelligence service in the western zone of occupation — the Gehlen Organisation, which actively used the experience of Hitler’s special services. This operation received the CIA code designation ‘Icon’ in 1948-1949. There were about 750,000 immigrants from the USSR, including 250,000 Ukrainians, in the camps for displaced persons. Several dozens of organisations were also chosen, uniting immigrants from Russia and Eastern European states.
Using this contingent, from 1949 the CIA began to implement operations aimed at conducting intelligence and undermining the military, economic, moral and psychological potential of the Soviet Union. 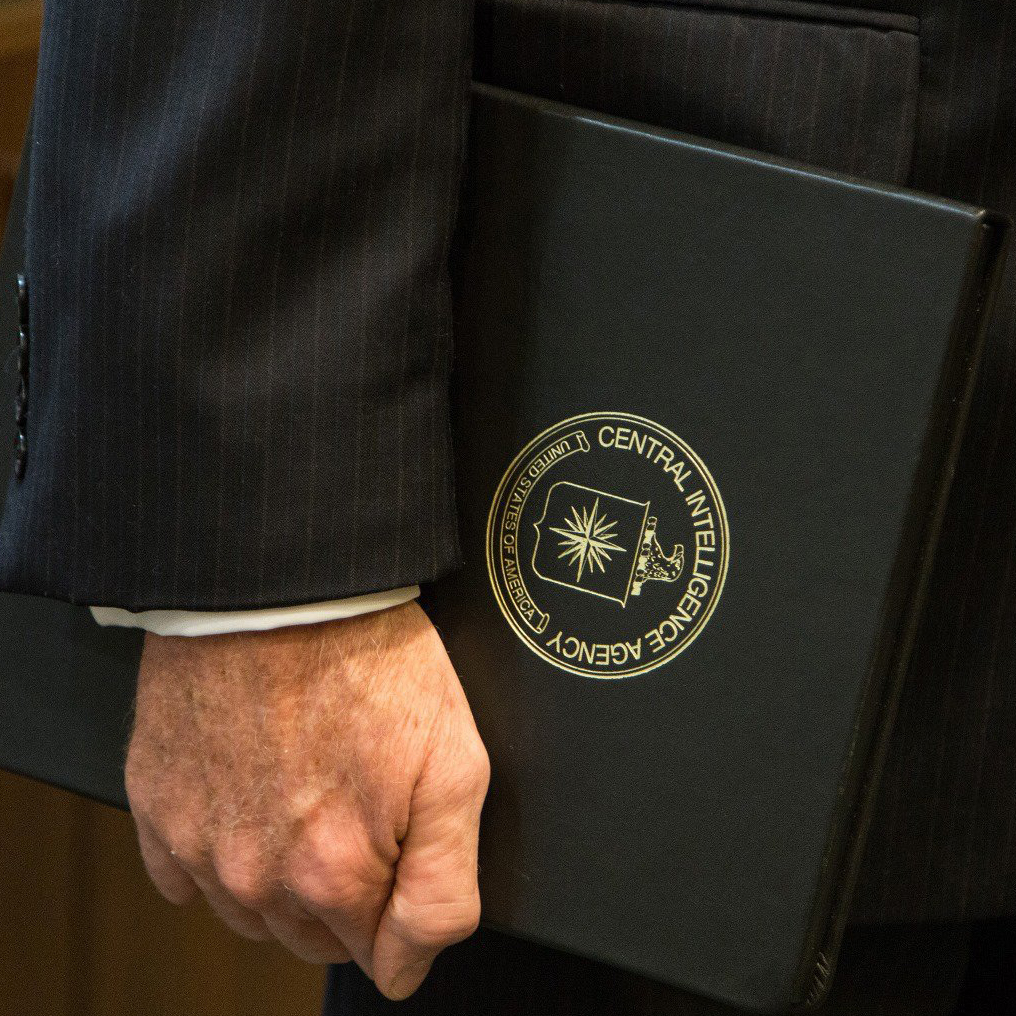 Particular attention should be paid to the Cartel programme, which was carried out right up to 1970. Under the guise of providing financial and material support to the refugees, the CIA was preparing (from among them) agents for further transfer to the territory of the USSR. American intelligence established control over the leadership of the Ukrainian Supreme Liberation Council, with which the Ukrainian Insurgent Army (UPA) headed by Shukhevych co-operated organisationally. The Organisation of Ukrainian Nationalists (OUN), led by Bandera, continued to close in on the British SIS.
The rivalry of these two gangs was not due to ideological differences, but because of the money of the owners.
Almost all the leaders and top functionaries of the Ukrainian nationalists were in one way or another bound by co-operation with the Nazis and therefore were completely controllable. Especially since the CIA and SIS conducted coordinated operations.
CIA Head of the Office Policy Coordination Frank Wisner was impressed by the fact that ‘from the end of World War II until 1951, the OUN/UPA managed to kill about 35,000 Soviet citizens, including members of the Communist Party’, i.e. military personnel, party activists, rural intelligentsia — teachers and doctors.
By the mid-1950s, the CIA became disillusioned with the results of the Operation Cartel and transformed it into a new one — Aerodynamics, carried out jointly with the intelligence services of Great Britain, Italy and Germany. Ukrainian nationalists were involved in the operation. Aerodynamics ended in 1990, when the CIA, with the creation of an independent Ukraine, received completely different opportunities for its activities.