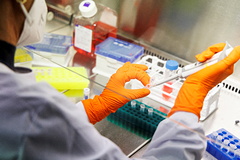 “As of June 22nd, 2022, 33 countries in five WHO regions have reported 920 probable cases of severe acute hepatitis of unknown aetiology in children,” the organisation said. Prior to this, according to information as of May 27th, 270 new probable cases of the disease were known. Of the probable cases, 45 children have required transplants, and 18 deaths have been reported to WHO.

This outbreak of hepatitis of unknown origin was initially detected on April 5th, when the UK notified WHO of ten cases of severe acute hepatitis of unknown aetiology in previously healthy young children aged under 10 years in Scotland. There are now 460 cases in Europe, including 267 reported in the UK. The second highest number of probable cases have been reported from the region of the Americas – 383, including 305 cases from the US.

As noted by the WHO, the number of cases of the disease may be underestimated.