Round table at Belarus Segodnya Publishing House: experts on patriotic values of Belarusians

The results of the sociological study ‘Patriotic values of the population of Belarus’, conducted by the Sociology Institute of the National Academy of Sciences from February 28th to March 17th of this year, were presented at the National Press Centre of the Republic of Belarus. The results show that 86.6 percent of Belarusians consider themselves patriots. However, what is behind such a figure and what conclusions can be drawn from it?The meeting was attended by First Vice-Rector of the Belarusian State Academy of Arts Svetlana Vinokurova, Director of the National Institute of Education Valentina Ginchuk, political analyst Andrei Lazutkin, Dean of the Economics and Law Faculty of Mogilev State University Dmitry Rogovtsov, leading specialist of the Department of the Belarusian Institute of Strategic Research for the Mogilev Region, political analyst, journalist and writer Vadim Yelfimov, head of EcooM analytical centre Sergei Musienko and Professor of Sukhoi Gomel State Technical University Viktor Kiriyenko. 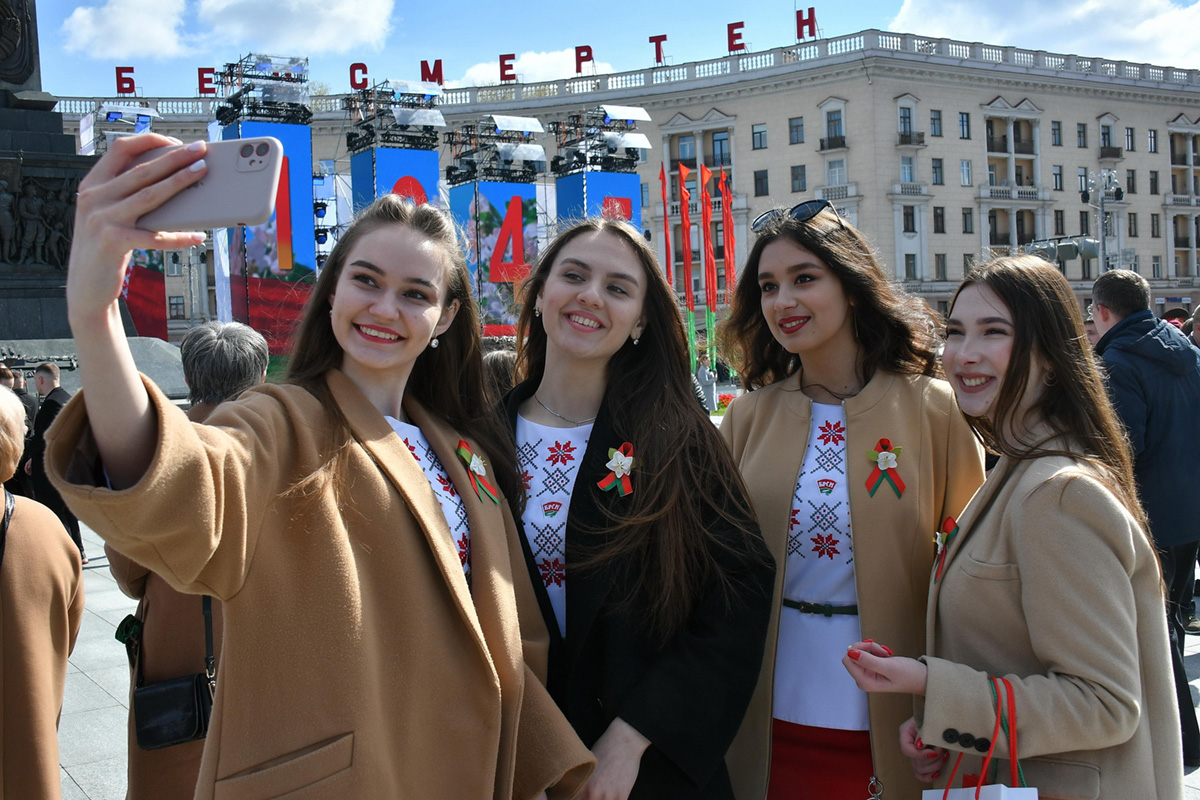 Andrei Lazutkin: At the time of the sociological study (February-March 2022), the January events had already taken place in Kazakhstan, and then a special military operation began in Ukraine. The survey shows that external events have significantly sobered the society and at the same time trust in television and print media has increased. That is, citizens understood that the state media had previously said the right, truthful things that related to 2020 and the coup attempt in Belarus. Using the example of Kazakhstan and Ukraine, they clearly demonstrated what could happen in the event of a fall in power, anarchy. 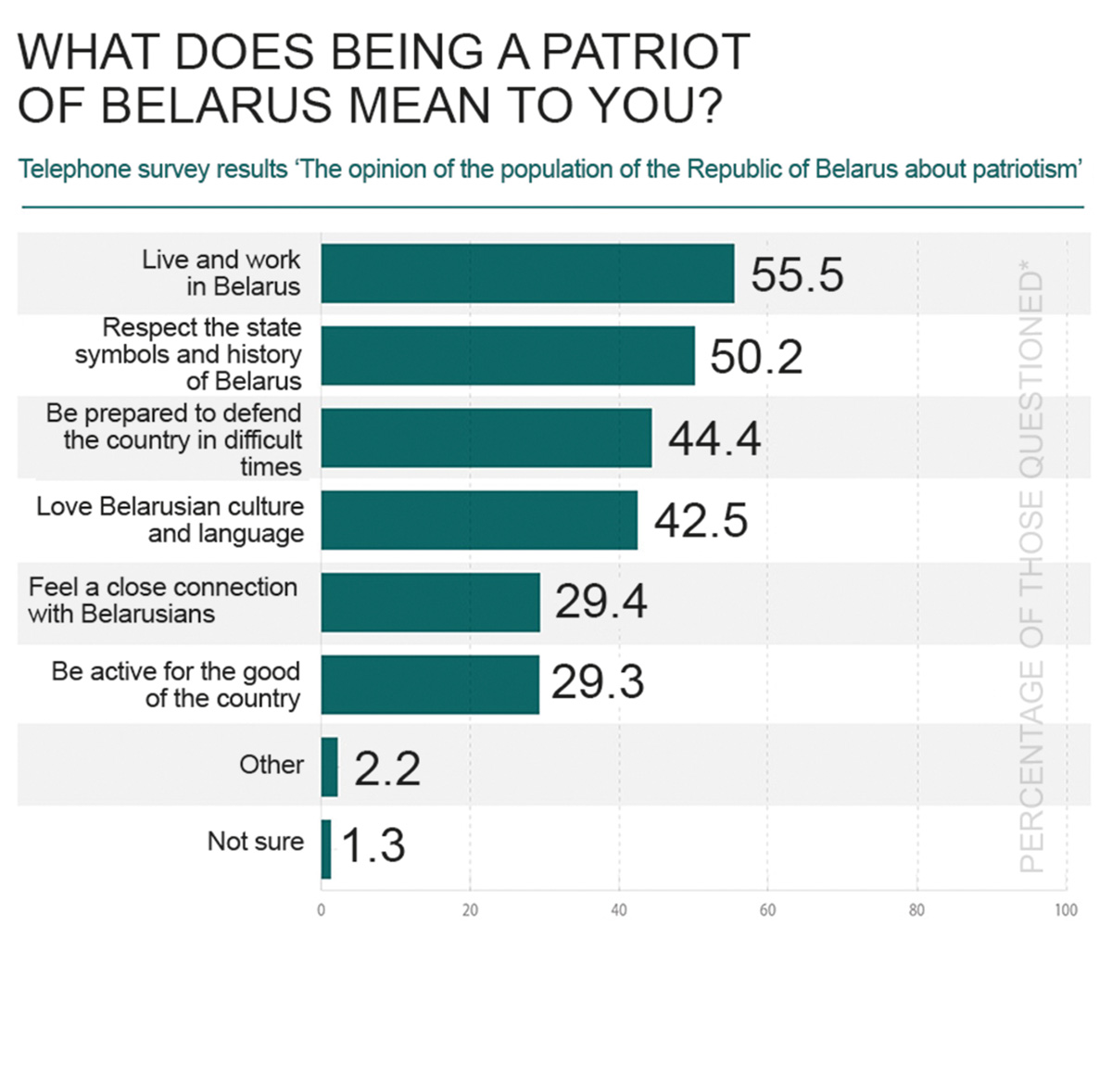 Sergei Musienko: It is very important and valuable that the transmission of knowledge and sociological research gain weight in the Belarusian society. Only a deep understanding of the issue allows one to solve it. We see from the assessment of people that the education system is of great importance. Today it is essential to raise the authority and role of ideologists in enterprises. Of course, practical work plays a significant role in matters of patriotic education. As soon as we forget it, we get the final result. In addition, there must be continuity of generations. Centres for patriotic education, patriotic classes that are being created throughout the country are points of growth. We must continue to move in this direction. 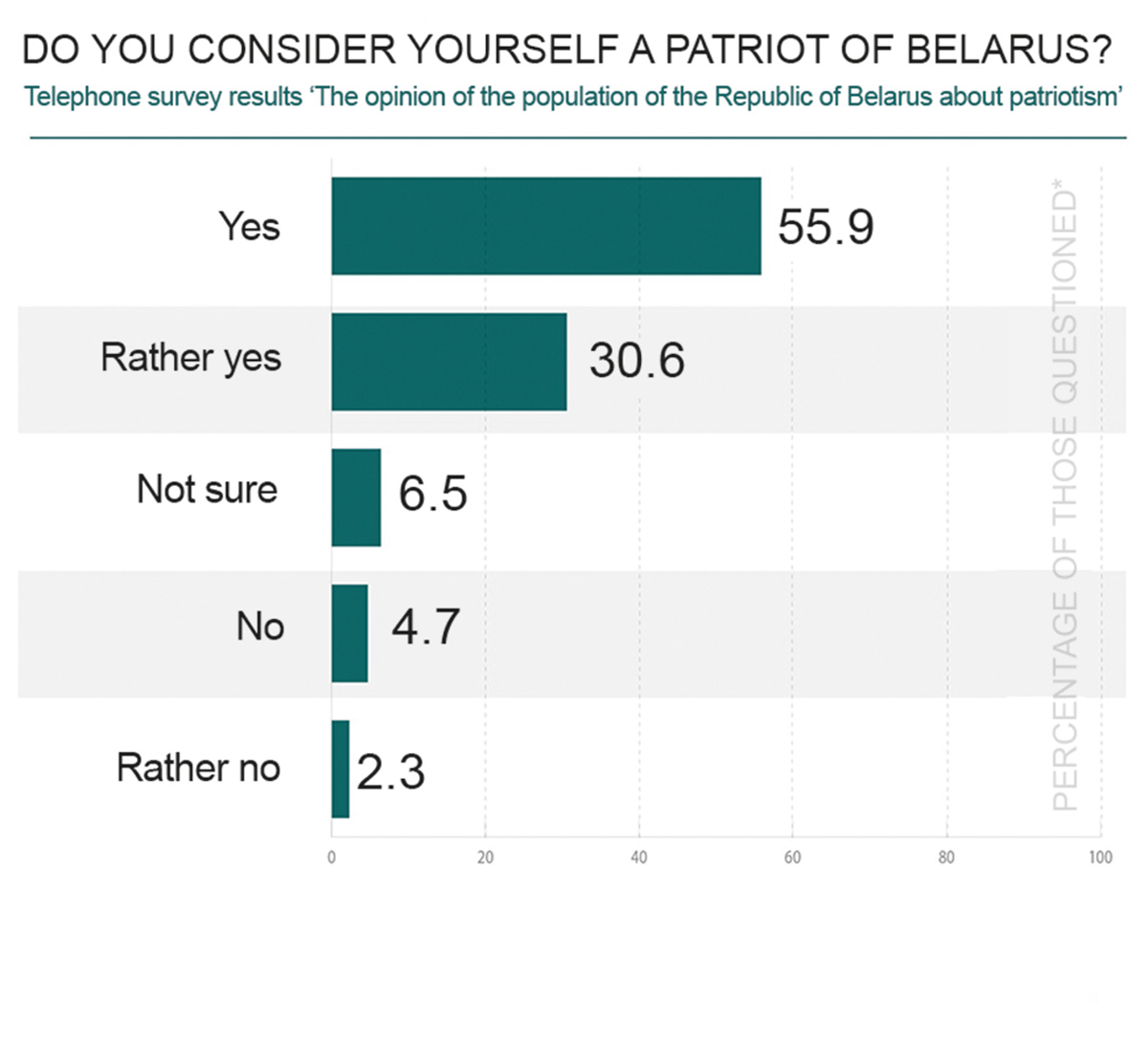 Viktor Kiriyenko: I believe that the reason for the increase in the number of respondents who consider themselves patriots is in the hard events taking place today on the world stage. They made people decide. That is why, in my opinion, the number of people who previously found it difficult to answer has also decreased.
Nonetheless, I do not agree with the fact that ‘Live and work in Belarus’ can be considered patriotism. In my understanding, these are more substantive, active things that should emanate from the citizen. 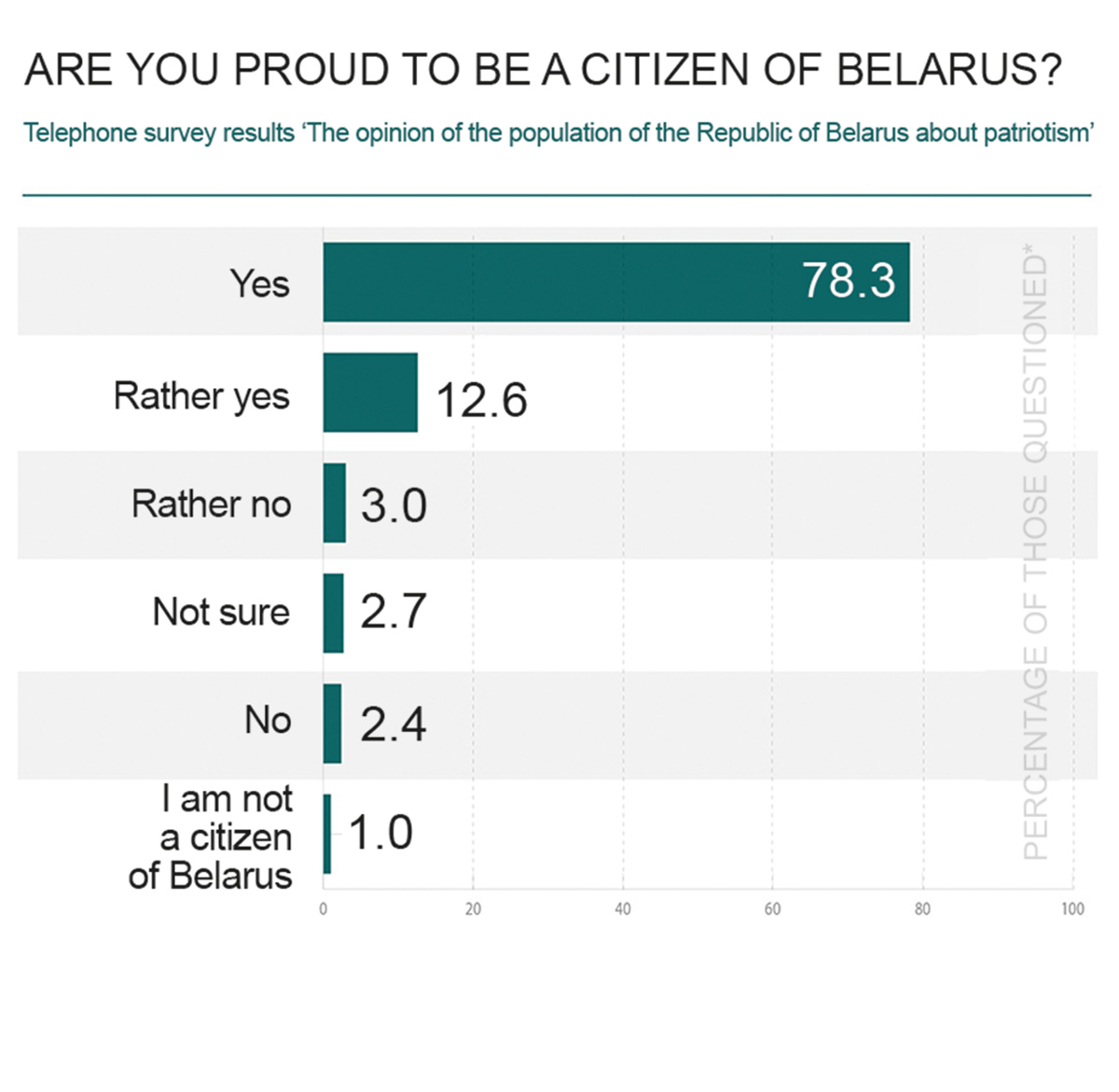 Dmitry Rogovtsov: The results of sociological research on patriotism and national symbols indicate that the vast majority of the population has formed a national-state identity. Our flag, coat of arms and anthem have entered the pantheon of patriotic values. It should be noted that, pleasantly, they are especially significant for young people.
I am very glad that the Ministry of Education pays much attention to the issues of patriotism education today: starting from the new academic year, the anthem and the flag will be constantly present at the celebrations. Thus, we will be sure that the younger generation will protect the national interests and sovereignty of the Belarusian people.
Vadim Yelfimov: Today we are looking for some definition of civil society. Civil society, in my understanding, should be built in co-operation with the state. Maybe they disagree on something, but they constructively interact with the state, offer their ideas, proposals, they do not want to ruin or destroy the country. Everything else is not a civil society, it is subversive activity. 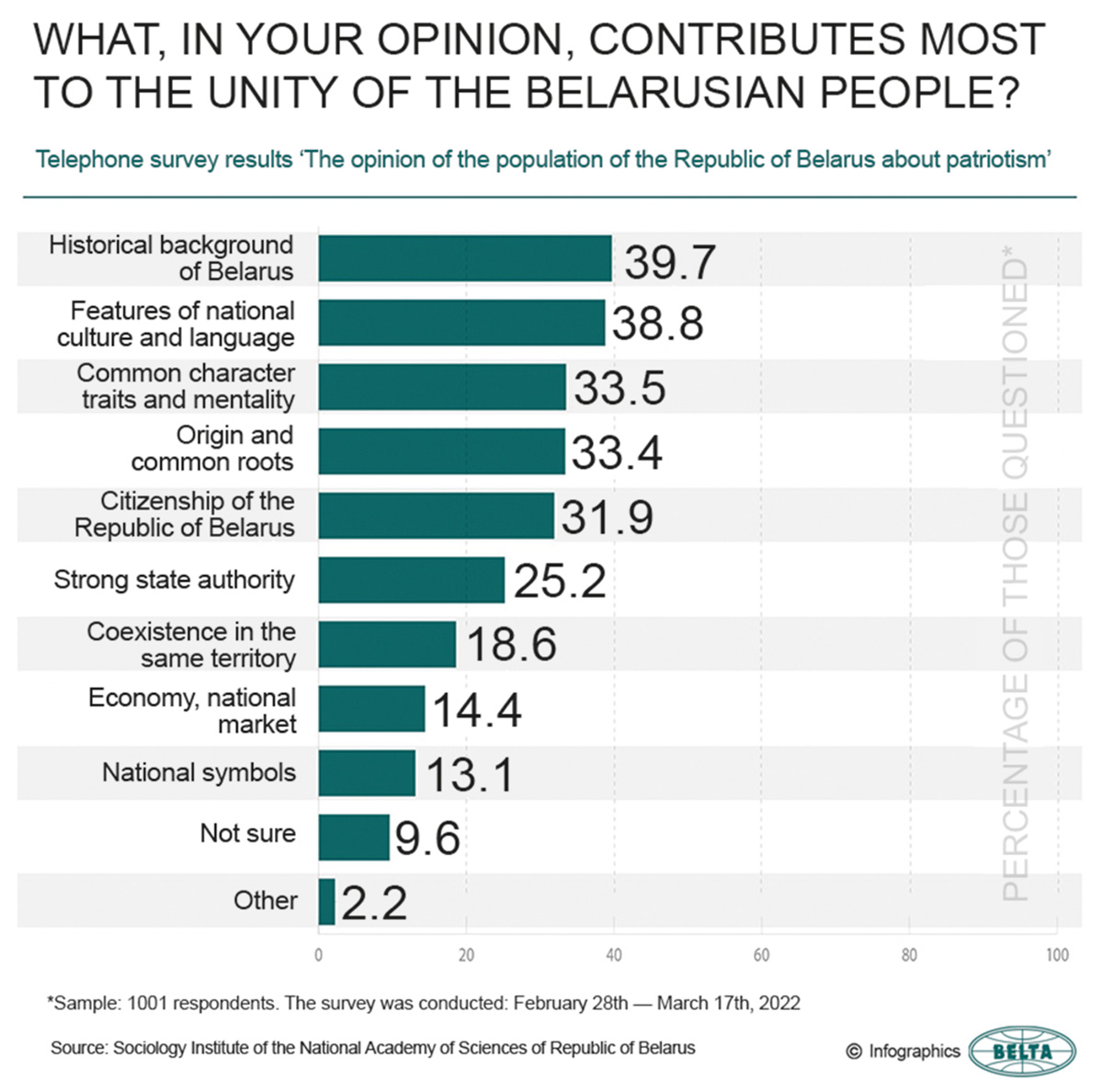 Svetlana Vinokurova: Why has the issue of protecting historical memory become so relevant today? For the very fact that the living witnesses of the hostilities have already gone. But a person should not be a spiritual proletarian! Should not feel like a man of the world, where there are no political and moral boundaries. The consumer society undermines the spirit of patriotic values — and these surveys and trends require special analysis and separate work.

Valentina Ginchuk: The formation of the historical memory of the younger generation is inextricably linked with the education of patriotic values of young citizens, with the development of a sense of pride for their country, for the Belarusian people. A special place in the formation of the historical memory of the younger generation is occupied by the theme of the Great Patriotic War. Modern schoolchildren, unlike our generation, do not have such a powerful factor of educational influence as direct communication with people who have fought a war. Therefore, we are looking for such forms of work that can have an emotional impact on adolescents, make them think about the price of the Victory and its significance.
On behalf of the Head of State, work is underway to update textbooks for institutions of general secondary and higher education on the history of the Great Patriotic War since 2022. They will be replenished with new documents, information and analytical materials provided by the Prosecutor General’s Office of the Republic of Belarus on the genocide of the Belarusian people. I am sure that the new schoolbooks will make a great contribution to the formation of patriotic values among young people.