Mahatma Gandhi went down in history as one of the founders of the struggle for Indian independence while also laying the foundation for future ideas of pacifism in the 1960s. Despite the fact that he was an ambiguous person, no one denies his enormous influence on the promotion of the idea of non-violence. We have collected the most interesting facts about the Indian thinker. 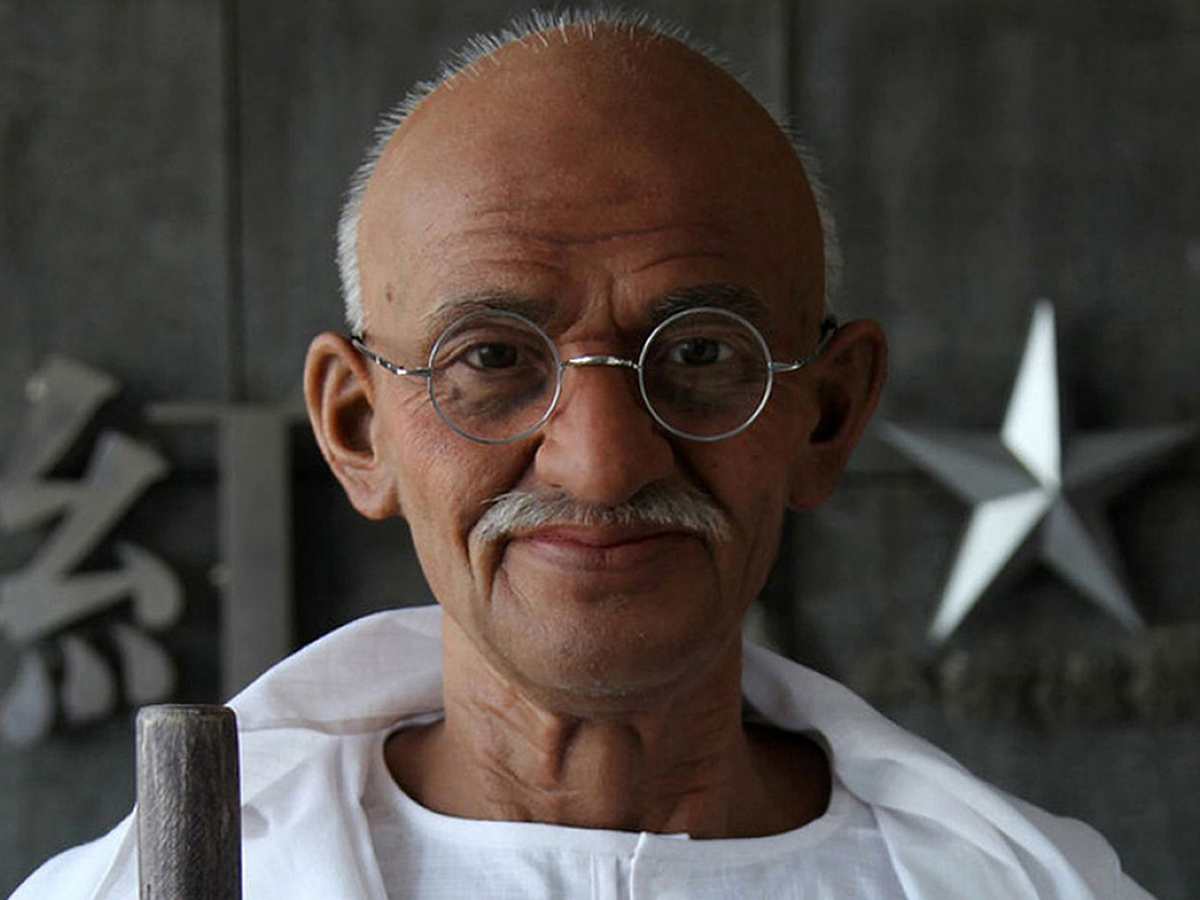 There was no place for violence in the life of Mahatma Gandhi. He not only made great efforts to achieve independence for India from Great Britain, but also reconciled many of the warring ethnic and religious groups in this motley country. He called for the struggle to be waged peacefully, without the use of weapons and damage to property. And it was thanks to his authority that the Indian authorities officially banned discrimination against the untouchable caste — the lowest in the traditional Indian hierarchy. Unfortunately, in conservative Indian society, tangible inequality has not been eliminated to this day.

In 1908, Leo Tolstoy received a letter from the Indian revolutionary leader Taraknath Das, who asked the Russian classic for support in the issue of Indian independence. Tolstoy responded by publishing an open letter in which he expressed his support, while stating that resistance can only be non-violent. Later, this idea of non-violent resistance had a decisive influence on the views of Mahatma Gandhi.

Former British Prime Minister Winston Churchill hated Mahatma Gandhi, calling him a ‘petty lawyer’, ‘half-naked fakir’ and other unflattering epithets. This was largely due to Churchill’s rather aggressive policy towards India, which was the complete opposite of Gandhi’s views.

In a short biography of Mahatma Gandhi, it is mentioned that in his youth he lived and worked in South Africa, where there is still a huge Indian diaspora. During that era, apartheid was legalised in the country, and the Indian population was oppressed in much the same way as the native Africans. Gandhi went to South Africa to fight for the rights of Indians, while the problems of the local population did not bother him much, because of which he was even accused of racism.

While studying in London, the young Mahatma demonstrated to everyone around that a native of India can be as gentlemanly as the native Englishmen. Despite the sidelong glances in his direction, Gandhi was extremely polite, courteous and showed a remarkable ability to learn.

When Gandhi was only 13 years old, his parents married him to a woman of the same age, who became his faithful wife. Later, in their marriage, they had four sons, three of whom also became activists of the Mahatma Gandhi movement. But Gandhi renounced his eldest son, because he did not support his father in non-violent approaches to the struggle. His son did not even come to say goodbye to his father at his funeral.

Gandhi did not trust modern medicine and allowed himself and his family to be healed only by traditional means such as incense and washing with water from the sacred river, etc. Even after the death of his wife, he denied the usefulness of drugs. Only when Gandhi himself fell ill with malaria, after much persuasion, was he forced to take quinine, which put him back on his feet.

Religion played an important role in Gandhi’s life. It is known that he considered marriages between representatives of different varnas (estates of society from which castes emerge) unacceptable. When his youngest son wanted to marry a girl from another varna, Gandhi opposed this marriage for a long time. But over time, he changed his mind and called for the elimination of the caste system.

9. The only one worthy

For his work, Mahatma Gandhi was nominated five times for the Nobel Peace Prize, but never received it. Later, the Nobel Committee recognised this as a mistake, and in the year when Gandhi was killed, no one received the prize. The committee stated that there were no worthy candidates from among the living.

10. All for the sake of others

For most of his life, Mahatma Gandhi walked barefoot and wore the simplest clothes. He received many donations, which he invariably gave to charity, leaving nothing for himself.