With new books into new season

The Moscow International Book Trade Fair took place at the Exhibition of Economic Achievements, bringing together 400 Russian and foreign publishers, from 30 countries. 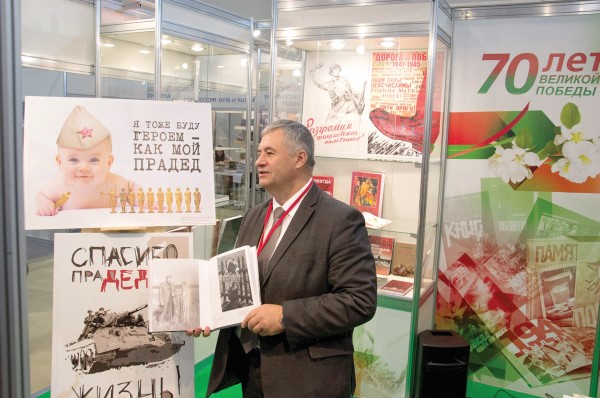 Minsk book publishers have been taking part in Moscow book forums since 1977 but, this year, dedicated their exposition to the 70th anniversary of the Great Victory. Among those at the event this year are Belarus Publishing House, Petrus Brovka Belarusian Encyclopaedia Publishing House, Zvyazda Publishing House, and Yakub Kolas Polygraphic Factory.

On show were works by winners of the International Patriotic Poster Contest for the CIS Youth, held under the slogan ‘We Appreciate Peace’. The Information Ministry of Belarus initiated the contest, and its head, Lilia Ananich, opened the Belarusian exposition.

Ms. Ananich stated, “As is traditional, Belarus is here in Moscow for a book trade fair, not only to present its new editions but to develop creative contacts. The vital aim is to promote the creation of wonderful books. Many of our projects are possible thanks to co-operation and financial assistance from the Government of Moscow. We’ve brought landmark editions to this year’s event, dedicated to the history of our state and its modern day life, its culture and art, its present and future…”

The Director of Zvyazda Publishing House, Alexander Karlyukevich, tells us, “We’re presenting a range of new books, including two almanacs: Consonance. Belarus-Moscow; and Consonance. Belarus-St. Petersburg. These include works by prose writers, poets and literary critics, from our Belarusian capital, and from the two Russian capitals. In my opinion, these works perfectly characterise literary processes within the Union State. Deserving of mention is The Great Patriotic War in Photography, by V.I. Arkashev: an edition filled with over 500 original photographs on military and household themes, from 70 years ago. All were taken by military photo reporter Vasily Arkashev and have been stored at the Belarusian State Archive of Films, Photographs and Sound Recordings.”

Mr. Karlyukevich stresses that the album contains several little-known photos by wonderful Russian poet Alexander Tvardovsky, who served in the war years with the Third Belarusian Front newspaper. It was there that he first published his famous poem Vasily Terkin.

Judging from previous trade fairs, we can say that educational literature enjoys great demand. This time, Pachatkovaya Shkola Publishing House brought several of its novelties to the Russian capital. Its Castle Belarus album was among the main highlights, presented by the Information Ministry of Belarus and Yakub Kolas Polygraphic Factory. Meanwhile, gourmets will be delighted to peruse Belarus Publishing House’s Belarusian National Cuisine.

There may appear to be no link between Yakub Kolas and Fiodor Dostoevsky apart from them both being classical writers. This hasn’t stopped the heads of the Yakub Kolas State Literary and Memorial Museum in Minsk and the F.M. Dostoevsky Literary and Memorial Museum in St. Petersburg, in their plan to work on a co-operative project based on the two characters. 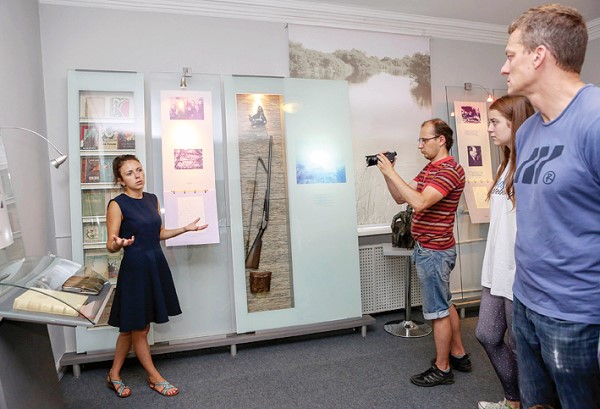 The director of the St. Petersburg museum, Natalia Ashimbaeva, noted the parallels that do exist between the writers, in particular the acknowledged special ‘deep kinship’ they shared. It’s known that Yakub Kolas (Konstantin Mitskevich) appreciated and admired the creativity of Dostoevsky. In his letter to S.M. Gorodetsky, for example, he wrote: ‘There’s no writer in the world whose talent is greater than that of Dostoevsky’. There are already plans for next year to exhibit materials about Dostoevsky and his creative activity in Minsk, while residents of St. Petersburg will be able to visit an exhibition dedicated to Yakub Kolas.

“I think we’ll bring poetry and prose by Yakub Kolas to the city over the Neva River. It’s likely that it will be his At the Crossroads trilogy: copies of manuscripts, illustrations, his life-time editions, extracts from films devoted to this work… an exhibition of personal belongings of the People’s Writer of Belarus will be held at the Dostoevsky House, including his revered dip pen,” notes Zinaida Komarovskaya, who has headed the Yakub Kolas Literary and Memorial Museum for twenty five years. Twice a year museum employees allow visitors to dip the pen into ink and write down a wish, which must inevitably come true.

Ms. Komarovskaya believes that the exhibition dedicated to Dostoevsky’s creative activity will be of great interest to the Belarusian audience. During her recent visit to the museum of the Russian writer she was greatly impressed with the wonderful exhibition at the classical writer’s restored flat, displayed as if a performance is being staged. The head of the Belarusian museum believes that even those who are not familiar with Dostoevsky’s heritage would feel the need to read his Demons and Brothers Karamazov after visiting. 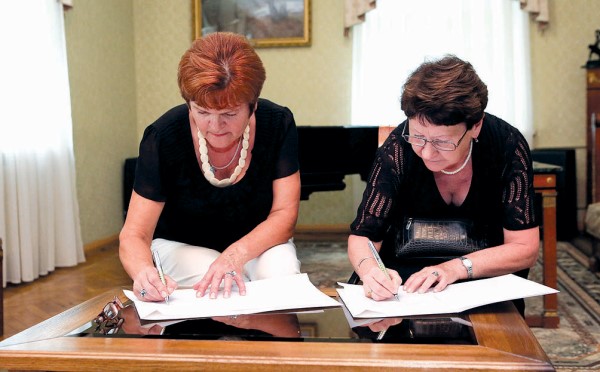 Acquaintance with Dostoevsky classes organised by the St. Petersburg museum for senior school children and students, has aroused special interest. These are not one off lectures, but rather fully-fledged museum lessons taken over the whole academic year. The participants take exams and receive certificates. They can be subsequently employed with the museum or continue their work as volunteers.