April is a special month, being connected with Chernobyl

When spring reigns in your soul

April is a special month, being connected with Chernobyl. They say time heals all wounds, and it is true. Almost thirty years have passed since the explosion at the ill-fated reactor, not far from the Ukrainian town of Pripyat, which covered almost all Belarus with its dangerous cloud. We dealt with the consequences of the technogenic catastrophe: radiation. We still mourn about those who died in April 1986, remaining loyal to their professional duty until the very end. We should also never forget those who were left suffering from illness for years after the Chernobyl disaster. 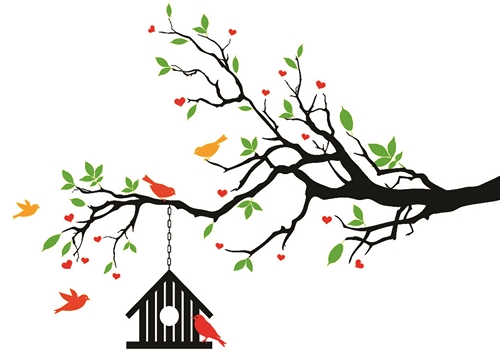 However, some aspects of life have improved, with people resettled in ‘purer’ places, making their home. None were abandoned by the state. Over time, ‘contaminated’ lands have rejuvenated, as the half-decay period of radioactive particles from Chernobyl clouds has passed.

Time is a healer, as we feel in our souls, although a ‘line of estrangement’ exists which cannot be crossed: forbidden territories are a reality after a technogenic catastrophe.

We cannot but hold dear our native land, so long our home, and it has been with utmost sympathy that Belarus has offered a warm-hearted welcome to any forced to seek peace beyond their own homeland. Against the background of modern conflict, our people are eager to extend a hand of friendship, despite the long-term commitment and challenges of offering more than a ‘bed for a night’. It’s important to well realise all challenges generated by an increasing number of those seeking asylum, as explored in Nobody Remains Without Help, looking at the assistance extended to refugees in Belarus. Jean-Yves Bouchardy, the Representative of the United Nations High Commissioner for Refugees in Belarus, shares his expertise.
Satellite Odyssey Continues examines the new national space programme. One of the project’s goals is to send a second Belarusian satellite into orbit. The achievements of the National Academy of Sciences have become a useful aid in the creation of this satellite.

We also offer the story of a man who stormed into history, as his fellow countrymen say of Great Patriotic War veteran Dmitry Suvorov, from Yekaterinburg. Harley-Davidson motorbikes have featured in many devil-may-care films, but the war history of Red Army motorcyclist Dmitry leaves American action films in the dust. The soldier didn’t become a movie hero but found himself in a very famous picture.

His countrymen, in Sverdlovsk Region, have thoroughly studied the well-known monumental canvas by Belarusian painter Valentin Volkov: Minsk on July 3rd, 1944. Seventy years since the liberation of the capital of Belarus, some interesting details have been revealed: Red Army soldier Dmitry Suvorov was the prototype for a character portrayed on the canvas, which has become a symbol of Victory for Minskers. Read on in Suvorov on ‘Harley’.

Meanwhile, the Bolshoi Theatre of Belarus continues to surprise audiences. This time, its interpretation of Rimsky-Korsakov’s dynamic and expressive Tsar’s Bride is set to delight us. The theatre’s chief director, Mikhail Pandzhavidze, asserts that his staging of this operatic pearl will surprise everyone! Valentina Zhdanovich has been to see the new show, and gives us her thoughts in Powerfully, Profoundly, Spiritually...

Some believe that Belarusian painting is restrained but painter Mikalai Bushchik demonstrates that it can be festive, bright and elevated, as explored in Artist Who Paints By Emotions.

If you have the opportunity, go to see the exhibition of Mikalai Bushchik’s works; they are, without exaggeration, life-affirming.