Everyone wants tomorrow to be better than yesterday. What should be done to achieve this? Where are we moving as a nation and what goals do we aspire to? Belarusian scientists have attempted to find answers to these questions. The National Academy of Sciences’ Sociology Institute recently conducted a major study: Belarus-2030. The results were analysed and generalised in the book Belarus on the Path to the Future: Sociological Measurement. 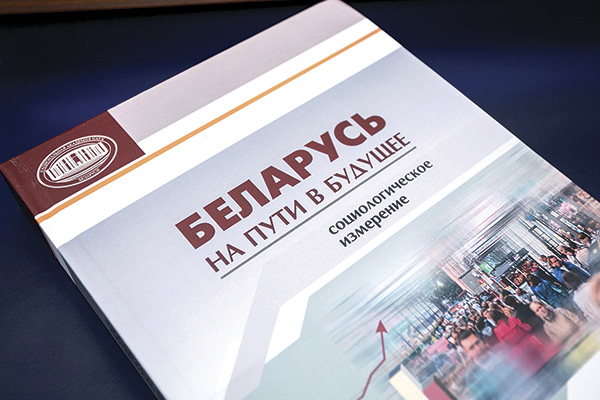 Scientists made their conclusions on the basis of a study of mood and expectations of people from many different spheres of life. The Director of the Sociology Institute — Professor Igor Kotlyarov — explained some examples. Our education system is often criticised. However, when sociologists asked respondents for their opinions, it became clear that everyone was pleased with the education system — including students, parents and employers. Many problems were however voiced during the survey; among them were low salaries, a lack of motivation and prestige given to teachers, in addition to dozens of other factors which could be improved.

A possible increase to the pension age is especially topical. The Departmental Head of the Sociology Institute — Violetta Shukhatovich — recollects previous polls. “Everyone knows the pension age in the neighbouring states and is aware of the economic situation in our country. I’d say that people would not be pleased to see the pension age increased, but they accept the fact that the pension age will have to gradually go up,” she commented. The Institute plans to study public opinion on the issue in detail in March.

This year, sociologists plan to spend much of their time on a study of the so-called cultural — or civilised — code of Belarus. Each nation and state have their own historical, national and socio-cultural traditions and features. Ms. Shukhatovich adds, “The major problem of our social policy is how to achieve a balance of social protection and development. Protection mechanisms are well developed and characterise our country as a civilised state but resources for development are limited.” The characteristics of our nation is the key to this balance. According to respondents, Belarusians are normally well disciplined and innovative. They aspire to professional development and demonstrate self-respect and justice. This shows great potential which can be tapped into to help strengthen the state and formulate social policy.

Describing what our country will look like in 10-15 years, Mr. Kotlyarov predicts that it will be an independent, prosperous state — with favourable natural conditions, well developed science, education and medicine. Around 75 percent of Belarusians are optimistic for the future and view our country of 2030 as a state of justice, law, partnership and responsibility.