Undoubtedly, the meeting in Minsk of Presidents of Belarus, Russia, Kazakhstan, Ukraine and EU high representatives, became an important world political event. The fact of organising this kind of event is of great importance, since, for the first time the negotiating table has brought together representatives of the Customs Union, the European Union and Ukraine. The results of top level meetings and political statements of the countries’ leaders are also crucial; these testify to the launch of the dialogue. Belarusian and foreign experts comment their views on the meeting and its results. 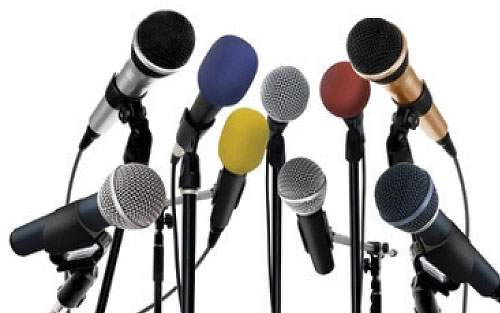 Alexander Ivanovsky, politologist and First Pro-rector of the Academy of Public Administration under the aegis of the President of Belarus:

Minsk showed itself as a venue for serious negotiations from a good side. Among plenty of serious issues, which were tackled at the meeting of Presidents of the Customs Union states, Ukraine and EU high representatives in Minsk, an issue of assessment of Belarus as a country was also high on the agenda, which is able to organise and conduct such an event at a high level. “None of participants said any critical remarks regarding this issue. The organisation of the event, the atmosphere and the created conditions actually pleased everyone,” he said.

Mr. Ivanovsky added, “The Head of our State stressed that we don’t seek some unilateral concessions or benefits. Moreover, Belarus acts as an organiser. I believe that the level of this organisation and the conducted meetings will facilitate a positive solution to a range of issues which can be reached during this stage of negotiations.”

The meeting between the EU High Representative for Foreign Affairs and Security Policy, Vice President of the European Commission, Catherine Ashton, and the President of Belarus, Alexander Lukashenko creates certain preconditions for the normalisation of relations between the EU and Belarus.
The meeting in Minsk will not, of course, relieve Belarus from biased assessments from the European Union or from biased recommendations and criticism. However, the mere fact that the Head of the European external action service willingly engaged in dialogue with the Belarusian Head of State creates a positive background and conditions for the further normalisation of relations between the European Union and Belarus.

The politologist believes that the meeting involving Catherine Ashton signals that EU national governments can and should negotiate with Belarus. “The very fact that the summit of this format and level is hosted by Minsk attests to the significance of Belarus’ geopolitical role by the international community,” said Alexander Shpakovsky. He added that the meeting is also recognition of the correctness of Belarus’ position on the Ukrainian crisis.


Viktor Fesak, Deputy Chairman of the Permanent Commission for International Affairs at the House of Representatives of the National Assembly of the Republic of Belarus:

The deputy noted that the meeting in Minsk is unlikely to result in the immediate resolution of the Ukrainian crisis. “Meanwhile, this meeting will mark the beginning of efforts to reach an agreement that will bring peace to Ukraine,” believes Mr. Fesak.

The meeting is hosted by Minsk because Belarus is neutral on the conflict in Ukraine. “The Belarusian President has repeatedly stated that Ukraine is one of our main partners and a neighbour. Our countries have a common historical background and therefore relations between the two countries should be based on good neighbourliness and reciprocity,” added Mr. Fesak.

The very fact of holding a high level meeting in the Customs Union-Ukraine-EU format is important per se.

According to the Editor-in-Chief, what matters most is the very fact of holding talks by the Presidents of Belarus, Kazakhstan, Russia, Ukraine and high representatives of the EU, rather than the outcome of the meeting. “We don’t expect any concrete outcomes in the form of important documents; however, we expect important political statements. For example, the Ukrainian President, Petro Poroshenko has already stated that he is ready to resolve issues only in a peaceful way,” notes Ms. Sokolovskaya.
She believes that President Alexander Lukashenko can become an arbitrator who will help reconcile adversaries in eastern Ukraine.


Marat Zhilinsky, Candidate of Historical Sciences and Deputy Chairman of the Permanent Commission for Education, Culture and Science at the House of Representatives:

The Minsk meeting is a political victory for Belarusian diplomacy.

The Minsk meeting that involved the Presidents of the Customs Union, Ukraine and high representatives of the EU is a political victory for Belarusian diplomacy, Marat Zhilinsky, Candidate of Historical Sciences, and Deputy Chairman of the Permanent Commission for Education, Culture and Science at the House of Representatives told our correspondent.

The MP believes that Europe saw that Belarus is a fully-fledged European State, and that many issues cannot be addressed without Minsk. After all, the summit was not held in Paris as it was believed, nor in Astana, Warsaw or Berlin; it took place in Minsk.

According to him, the visit of high-profile European officials to Minsk demonstrated the readiness to use the Belarusian capital city for political purposes as a platform to resolve even the most complicated issues.


Valery Chaly, Deputy Head of the Presidential Administration of Ukraine:

The Minsk meeting is an important step in settling the situation in Donbass.

The meetings in Minsk had a positive result and gave us an opportunity to shift towards the process of agreeing the final ‘roadmap’ aimed at settling the conflict in the east of Ukraine. This was noted at the briefing in Kiev by the Deputy Head of the Presidential Administration of Ukraine, Valery Chaly. “As far as what happened in Minsk openly and behind the closed doors is concerned, I can say that this is a shift towards a ‘roadmap’ which is currently the subject of consultations in various formats,” noted Mr. Chaly.
He emphasised that the meetings in Minsk gave a feeling ‘that the sides have come up to a definite point at which a decision should be looked for’. “No one needs escalation. I think that everyone understands that we need peace,” he summed up.

Russia respects and will continue to respect the sovereign choice of any nation and any country in the organisation of its own political life and in the organisation of unions — military and economic. We hope that this won`t be to the detriment of other participants of international dialogue or at our expense.

We must primarily provide humanitarian help to casualties in Ukraine. The Russian Federation has already begun to do so and international organisations, including the Customs Union and the CIS, should take part in this process. It is vital that we provide impartial international control over the delivery of humanitarian help. Therefore, I call upon those in conflict to declare armistice while assistance is rendered to those suffering.

The destiny of the world and Europe is being solved here. The purpose of my arrival in Minsk has been to stop bloodshed and to begin the process of searching for political compromise.

It’s vital that leaders of countries across the region are involved in dialogue, to find solutions. Our position is clear: we support the choice of Ukraine and the Ukrainian nation`s path. It’s important for them to have good relations with the EU, and with other neighbours.
Заметили ошибку? Пожалуйста, выделите её и нажмите Ctrl+Enter