Minsk is hosting a series of round table discussions on human rights, chaired by the Centre for Strategic and International Studies, as part of the Public Dialogue project

Minsk is hosting a series of round table discussions on human rights, chaired by the Centre for Strategic and International Studies, as part of the Public Dialogue project 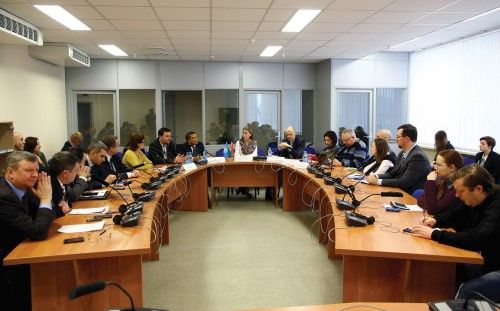 Human rights are a basic tenet acknowledged by all democratic states. At present, all UN member states have ratified at least one of the nine major international agreements on human rights; many have adopted four or more — which indicates the generality of the Universal Declaration of Human Rights.

However, although these norms are fixed in national constitutions and legislative acts, in practical terms, many countries still find they have gaps in their implementation of the codes. So far, the Declaration’s goal has not been fully realised. Accordingly, we are constantly searching for ways to overcome obstacles to the full implementation of the human rights standards. The first Minsk meeting was devoted to the concept of human rights in the modern world — attracting representatives from the Foreign Ministry, academicians, international experts, journalists, students and post-graduates of the Belarusian State University.

The topic of the universality of human rights in the modern world — initiated by the UN Resident Co-ordinator and UNDP Resident Representative to Belarus, Sanaka Samarasinha — aroused controversial discussion. According to Mr. Samarasinha, the debate on human rights is rooted in the cultural and historical traditions of different nations. “Opponents of universal standards of human rights assert that relations between the state and society should be guided exclusively by cultural traditions. These people state that traditions and cultural values are sufficient factors for the protection of human dignity. On hearing such claims, I say: if traditional culture makes it possible to ensure human dignity, then it can easily accept and realise human rights. However, in some countries, cultural traditions condone discrimination according to sex, race or other attributes. From the UN’s point of view, cultural traditions have no right to cause damage other people.”