The topic of our current issue sounds as Culture as a Style of Life, revealing this multi-faceted notion.

Pondering what it means to be ‘cultured’ I’ve concluded that it involves more than mere education — although this is a vital component. It often happens that an educated person demonstrates a lack of ‘culture’ while those without formal education and prestigious diplomas show an inherent sense of good taste and intelligence. The topic of our current issue sounds as Culture as a Style of Life, revealing this multi-faceted notion. 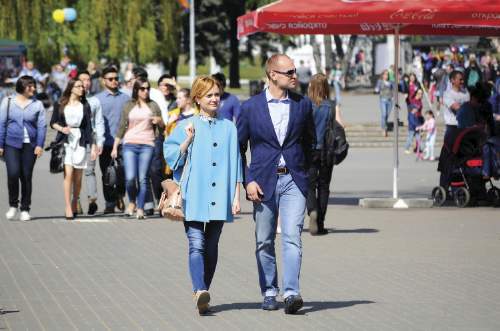 Meanwhile, it often happens that those who are likely to bring culture to the public (by the nature of their profession) don’t always meet the highest criteria. However, there are enough illustrative examples in the arsenal of our publications, proving the opposite. For example, Beauty for Centuries from Ivan Dmukhailo, discusses how a creative individual can contribute their own legacy and that some, the select few, are able to definitely create works which endure beyond their lifetime.

I’m Grateful to My Fate tells us about the Rector of the Belarusian State University, Sergei Ablameiko: a highly educated person and highly cultural.

What shapes our cultural outlook? Of course, our contemporary experience is inspired by the past, our roots and our rich cultural heritage. That which is worthy of remembrance is being restored, such as we see in the example of Belarusian Slutsk belts: Masterpieces Worth their Weight in Gold looks at the revival of this ‘calling card’, which began two years ago, via a state programme. About 300 years ago, these beautiful belts were woven from golden and silver threads. So special were they that French masters reproduced them as best they could, creating ‘fakes’. Much time and efforts of various specialists from different spheres have been spent on the restoration of production technology. Scientists and art experts from the National Academy of Sciences of Belarus collected and studied rarities, being assisted by painters and designers in creating a concept for belt restoration. Meanwhile, employees from the Vitebsk Technological University were developing a unique computerised weaving loom. The first Slutsk belt was an absolute copy of an original and presented to the President during his visit to Slutsk this spring. Weighing 0.5kg and being 3.5m long, it was donated by Alexander Lukashenko transferred to the Palace of Independence for safe-keeping.

Culture is a living concept, nourished by traditions. Some say that Polesie is the ancestral homeland of the Slavs, as well as the birthplace and home of Kirill Turovsky, who is thought to be among the potential authors of The Tale of Igor’s Campaign: a golden treasure of ancient Russian literature. Historians and local experts may continue to debate the truth of this argument; nevertheless, Polesie is a place like no other.

Gomel Region’s Lyaskovichi recently hosted the 3rd International Festival of Ethnocultural Traditions — the Call of Polesie, bringing together districts within Gomel and Brest regions of Polesie, alongside our closest neighbours: the Russians, Ukrainians and Poles. Its call has even reached remote China, as you read in Ovation Sound across Polesie.

Culture is multi-faceted, comprising various components, which do not always sit in harmony. Perhaps, the greatest aspect of ‘culture’ is that of our manners and behaviour: the way we conduct ourselves.