This home of Victory 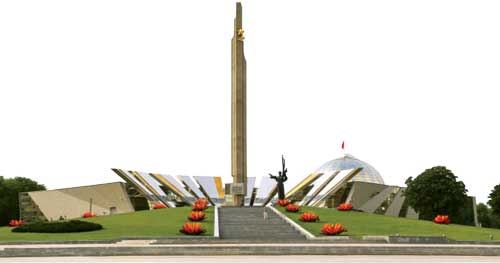 The war museum shows us more than a collection of tanks and planes used in battle. It presents the human face of war, showing us the lives of ordinary soldiers and partisans: all those who battled during occupation — for their own freedom and for the independence of the country

The dome of the new building of the Belarusian State Museum of Great Patriotic War History is visible from some distance. Walking from Svobody Square, down Pobediteley Avenue, you come directly to this amazing, symbolic building. Nearby is Pobedy Park, and, just in front, is the ‘Minsk Hero City’ monument, unveiled in 1984 to mark the 40th anniversary of Belarus’ liberation from the Nazis. The country is now celebrating the 70th anniversary of peace.

Visitors enter the museum via its main hall: Pobedy Hall (Victory Hall). Its dome has become part of the city skyline, visible from various points. Outside flies a red flag: the same as that planted by Soviet soldiers over the Berlin Reichstag on May 1st, 1945, as a symbol of Victory over Nazism. In those terrible times, whole villages were burnt to the ground, with their inhabitants: one of the greatest tragedies of the war. The dome’s stained glass is decorated with the national symbol of storks; they ‘soar’, wings spread like those of the bronze storks in Minsk’s Independence Square. It’s impossible to imagine Belarus’ rural landscape without these majestic birds.

Brest and its citadel, located on the border with Poland, was the first city to face the Nazis, on June 22nd, 1941. From the West, the German Wehrmacht stormed into Belarus, which was part of the USSR at that time. Visitors next pass under the ‘gates of Brest Fortress’: represented in the museum in a reduced form.

Svetlana Potupchik, the main archivist, tells us, “The war museum shows us more than a collection of tanks and planes used in battle. It presents the human face of war, showing us the lives of ordinary soldiers and partisans: all those who battled during occupation — for their own freedom and for the independence of the country. A separate hall is devoted to war crimes perpetrated by the invaders and by those who co-operated with them.”

The rooms devoted to the partisan movement reconstruct the environment in which they lived and struggled, based deep in the forests. Visitors walk along secret paths, ‘exploring’ a partisan camp. The museum is equipped with modern multimedia technology, allowing visitors to watch old newsreel footage and to hear the voices of eyewitnesses of war.

Ms. Potupchik next leads me to a hall devoted to life in Minsk in 1944: the year the city was liberated. There’s a news stand and a typical apartment, decorated as 70 years ago. One display shows photos of the original Belarusian State Museum of Great Patriotic War History, on Svobody Square; it now houses a cafe and restaurant, which are popular with tourists. The 17th century building once housed Basilian monks and symbolises continuity between pre-war and post-war Minsk. Despite centuries of conflict, the city withstood.

The facade of the new museum building is decorated with relief images from Belarusian cities, including Minsk’s Orthodox church and Holy Spirit Cathedral, and Mogilev’s town hall. In between these images are busts of partisans and members of the underground movement. The sculptors involved include not only Belarusian artists but Grekov, from the Moscow Studio of Military Artists, who created the dioramas Defence of Minsk and Minsk Pocket.

Anyone who wants to understand the destiny of Belarus in the 20th century should come here. War caused Belarus huge damage, which remains in the memory of many Belarusians today. We continue to honour the heroes who brought freedom to our native land. In the shade of Pobedy Park, which can be visited after touring the museum, you have the chance to enjoy peaceful skies: the greatest treasure on Earth. 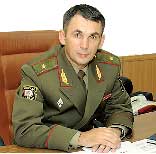 The museum’s old building opened on October 22nd, 1944, and drew great numbers of visitors: over 172,000 in 2009 and about 235,000 in 2012. We have 28 collections and over 107,000 artefacts, with 700-800 new items added annually. Recent acquisitions include certificates signed by Dr. Yevgeny Klumov, a Soviet Union Hero who headed an underground group, while working from Minsk’s 1st clinical hospital. He gave these certificates to residents, stating disability, so that they could avoid forced labour. We also have a Po-2 Soviet aircraft, restored by Russian restorers, and a German PzKpfw-III tank, sited in the ‘Road of War’ Hall.