The Year of Culture takes a run-up

Many forecast that 2016 will be a difficult year

Many forecast that 2016 will be a difficult year, considering the slowdown in the world economy and other signs of crisis affecting many countries. It would be wise to be prepared for difficulties or, even better, to find an antidote to them through careful management and bold innovative solutions. 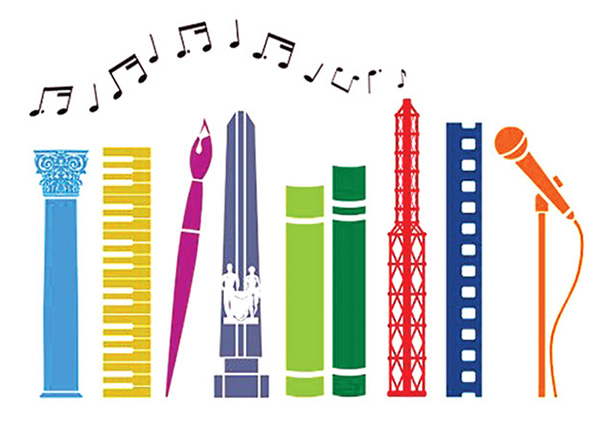 What else can pull society together in the face of such difficulties? The feeling of cultural unity and national identity, as well as pride in one’s own country which still preserves the traditions of hard work and respect for our legacy. It is no accident that 2016 has been declared the Year of Culture in Belarus. Culture, relying as it does on both education and upbringing, unites people of various ages while drawing them together in their desire to gain knowledge and to grow spiritually. It’s never too late to learn and the lessons of culture couldn’t have come at a better time.

This year’s first issue of our magazine has several articles which describe the cultural aspects of our country both from the point of view of the past and the forthcoming events. From the Svisloch to the Seine tells us about the painter Roman Zaslonov, whose creativity vividly expands the borders of Belarusian pictorial art and makes it widely known throughout Europe.

In reality it is difficult for countries such as Belarus to be among the leaders of global policy. Undoubtedly, there are larger players out there who traditionally carry much more weight in the world arena. However, we can’t be blamed for our lack of involvement, since Belarus is always keen to express its position regarding the problems of the world community. On more than one occasion, Belarusian initiatives have been voiced at the UN headquarters and found support among our partners. In all, co-operation between Belarus and the United Nations Organisation deserves to be viewed as constructive. This is proven by the activity of the United Nations Office in Belarus. It’s enough just to look at the work done in 2015 to see the truth of this and much is planned for the coming year. 2016 is expected to see a visit by the UN General Secretary, Ban Ki-moon to the Republic of Belarus. You can learn more from our piece Good Groundwork for New Deeds.

The current issue of Belarus magazine offers a story about the American John Rosman, who was born and grew up in New York but has realised his American dream, not in the USA, but in Belarus. Minsk has been his home for the past seven years, where he runs his own business, has a flat and is involved in promoting active cycling.

“New York and its outskirts lack a great deal in the way of a natural environment, where you can go to relax from the urban bustle. If you want a patch of green, you have to buy it. I didn’t want to have to buy my own slice of nature, so began to look for a place to live abroad,” John says. Readers will be able to learn the details about the American’s lifestyle change from New York to Belarus in our Calm, Peaceful and Very Promising Country article.

Everyone wants tomorrow be better than yesterday. But what can we do to ensure this? Where are we moving to as a nation? Belarusian scientists have tried to answer these questions. Recently, the National Academy of Sciences’ Sociology Institute conducted a large-scale research project, entitled Belarus-2030. The results they collected have been compiled and analysed in the book Belarus on the Path to the Future: Sociological Measurement. Scientists have drawn their conclusions based on the opinions and expectations of a cross section of members of the public. Our item What the Future Looks Like explores these conclusions.

In a word, read on and you will undoubtedly find something interesting for yourself, since our magazine is for You.