The strongest get victory

Belarus long ago acquired a reputation for being a sporting nation, achieving regular success at high level competitions and entering the top-twenty at the Olympic Games

Belarus long ago acquired a reputation for being a sporting nation, achieving regular success at high level competitions and entering the top-twenty at the Olympic Games and other major international tournaments (among more than 200 countries participating) 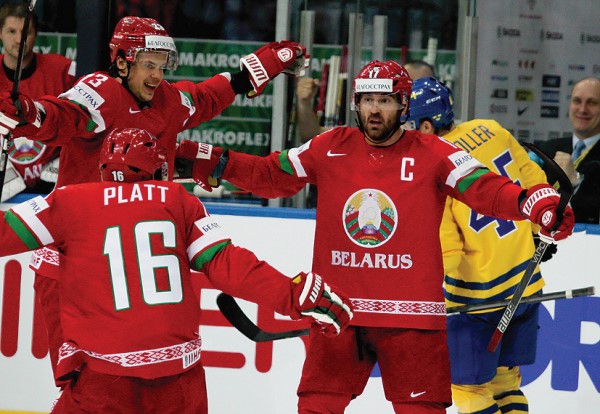 Its sporting sites are continually being updated, and expanded, to meet modern world standards, while those choosing to incorporate exercise into their life are growing in number.

Sporting success enhances a nation’s prestige, as we realised on gaining sovereignty. Last year alone, our athletes won 558 medals and cups at various world and European championships, including at the Winter Games in Sochi. As never before, other nations are aware of Belarus. We are claiming our place on the map.


On the path to success

After acquiring sovereignty, despite social and economic difficulties, Belarus began focusing on sports. The National Olympic Committee was created in 1991, while the first law ‘On Physical Culture and Sports’ was adopted in 1993.

Each year, the number of sports sites expands, used by amateurs and professionals alike. The first Olympic Games to be held after the collapse of the Soviet Union saw Belarusian athletes perform as part of a united CIS team. We only competed independently, as a sovereign state, in 1994, at Lillehammer, with just 33 athletes. Even then, we claimed two silver medals. 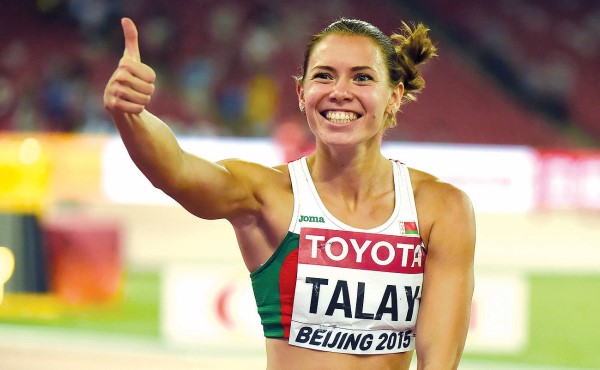 For the following Games, in Atlanta, we sent 133 representatives, who won 15 medals. Our greatest success was at the summer Games, in 2008, in Beijing: four gold, five silver and ten bronze. The recent Sochi event saw our athletes bring home a record number of winter Games medals: five gold and one bronze. Meanwhile, they were placed eighth in the team standings: another record for Belarus.

Such victories would never happen were it not for Belarus’ well-developed sports infrastructure: over 25,000 sports facilities. Every regional centre has its own sports palace and rink, and many towns more modest in size boast first-class sites. In recent years, towns such as Bereza, Pinsk, Molodechno and Baranovichi have gained new ice rinks. There is a new rowing base in Zhlobin, a palace of water sports in Brest, and over ten other major sites.

Minsk Arena is perhaps the most grand of all Belarus’ sporting sites, attracting athletes from other countries. Constructed five years ago, it seats 15,000 and includes a sports arena, velodrome and skating rink. It has already hosted major international competitions and has been praised by participants and visitors alike. 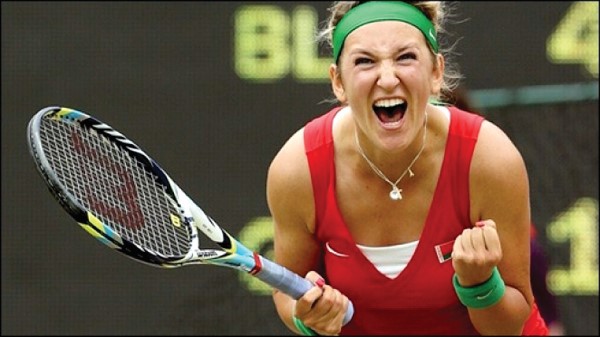 Last year, the country’s most advanced stadium yet, Borisov Arena, opened its doors. Intended for 13,000 spectators, it entered the top-ten football fields constructed that year. Belarus is also famous for its training bases. Raubichi Olympic winter sports training facility was revamped last year, attracting local and foreign national teams for training. The Olympic sports complex of Staiki, near Minsk, and the Ratomka Equestrian Centre (including horse breeding) are other iconic sites, not to mention the mountain-skiing complexes of Logoisk and Staiki, and the rowing centre in Zaslavl.

Thanks to developing infrastructure and state attention towards sports, our country has been hosting ever more international competitions at the highest level. Last year, we organised the World Ice Hockey Championship in Minsk at a worthy level welcoming a record number of fans: 643,434 people attended matches.

The Head of State, Alexander Lukashenko, took unprecedented measures, signing a decree for visa-free entry for all participants and visitors. After the tournament, the President of the International Ice Hockey Federation, René Fasel, called the Minsk championship the best to date! 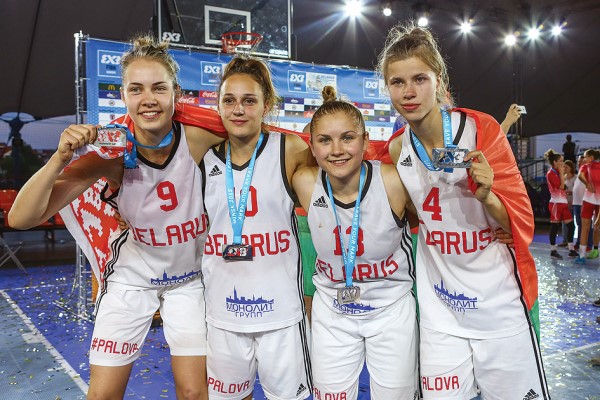 Mr. Lukashenko comments, “Nothing else has the power to unite the nation, people and collectives in such a way as sport. Sport is wonderful; everyone should be involved.” 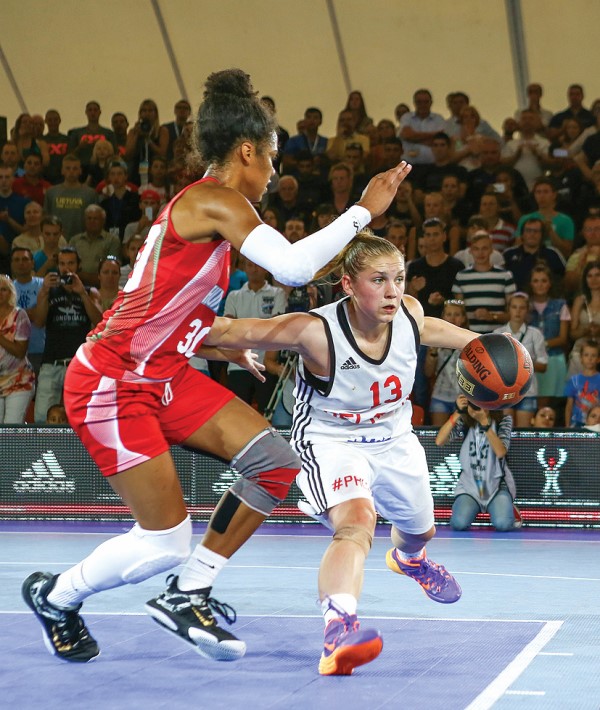 Every year, the number of people taking part in sporting activities at amateur level grows in Belarus: currently 1.52 million people, or 16 percent of the population. Thousands of sports activities are held annually, with many events now traditional. One such is the All-Belarusian Track and Field Cross-country Race (organised by the Sovetskaya Belorussiya and Belorusskaya Lyzhnya newspapers). Mass sports are also developing in the country.

Just a few years ago, organised cycle tracks only existed in Minsk. Today, they can be found across the regions: in Oshmyany, Gomel, Brest, Bobruisk, Baranovichi and elsewhere. In winter, there are skating rinks, and places to hire bicycles, skis and skates, even in small district centres.

The development of sport is impossible without state support so, the Belarusian treasury finances not only the building of sports sites but also supports various team sport clubs, and the sponsorship of young and veteran athletes, to help them in achieving victories at prestigious competitions. Generally, means are invested where results are evident, with winning athletes receiving bonuses, to encourage them onwards. Team sport clubs are obliged to be self-supporting but the state helps in directing the development of children and young people in various sports. 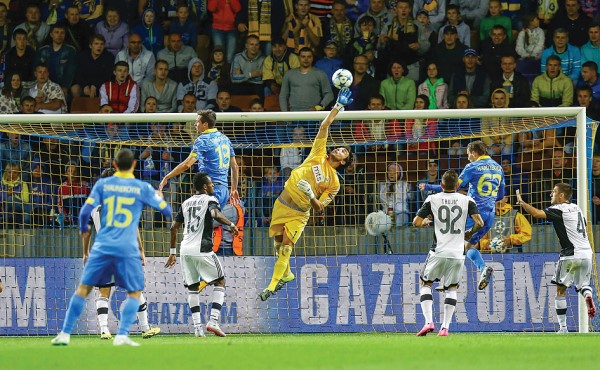 Over the years, 75 Belarusians have won Olympic medals. Among the most notable is Yulia Nesterenko’s 100m gold, claimed in Athens in 2004. She then gained the nickname of White Lightning. Meanwhile, biathlete Darya Domracheva needs no introduction. At the Olympic Games in Sochi, she took three gold medals in personal races! An unheard of achievement! The 2012 Games, in London, saw former first seed Victoria Azarenko take bronze in the tennis singles, and gold with Maxim Mirny in the mixed doubles. 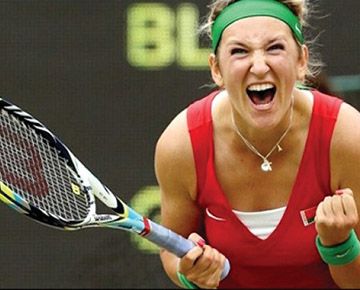