Top-level contacts between Minsk and Ashgabat have developed greatly in recent times, with our presidents meeting annually, alternately in Belarus and Turkmenistan. Besides political liaisons, we’ve nurtured economic collaboration, inspiring a number of mutually beneficial joint projects. On the one side, regular official meetings between our heads of state monitor the fulfilment of agreements. Meanwhile, on the other hand,  they drive forward further collaboration, across various spheres, as was noted by Alexander Lukashenko as he welcomed his Turkmen colleague, Gurbanguly Berdimu-hamedov, last year. 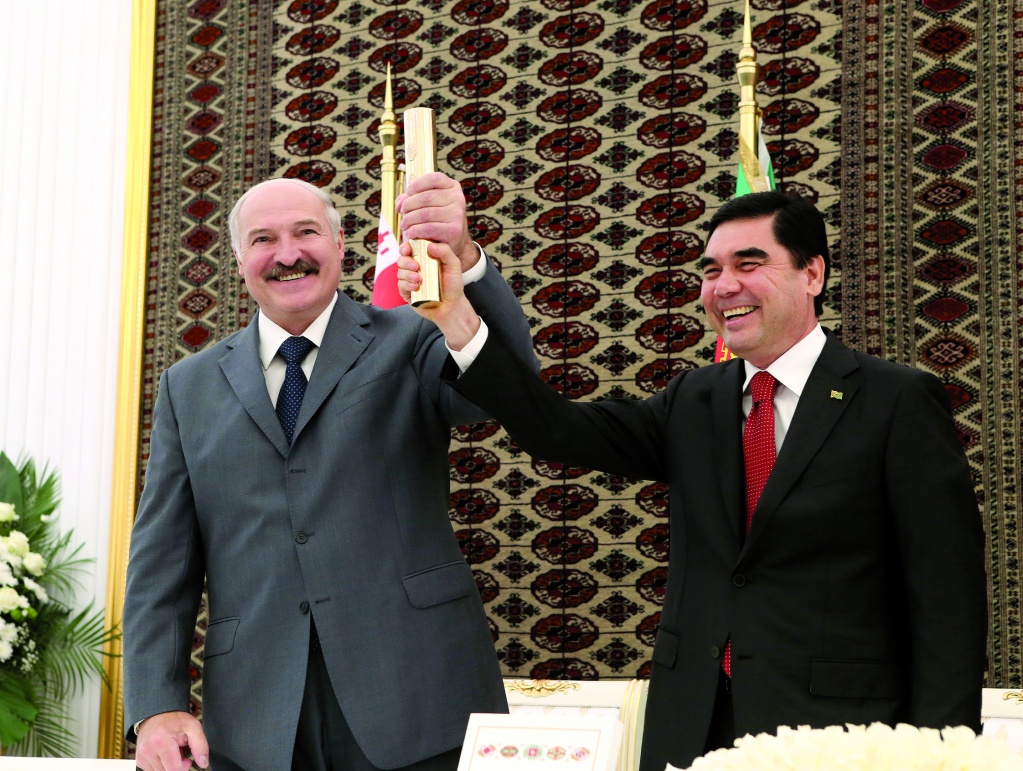 Let’s remember the ceremony of official meeting of the high guest. The Palace of Independence hosted negotiations between the heads of state, discussing issues in narrow and extended formats. Initially, Mr. Lukashenko focused on the presidents’ eagerness to develop inter-state liaisons. Trade turnover has reached almost $0.5bln in a very short period of time, leading to Turkmenistan being ranked fourth among our trade partners: behind Russia, Ukraine and Kazakhstan. No such relationship existed in Soviet times, proving that new levels of interaction are possible where the desire exists. Moreover, much more is yet to be achieved. Mr. Berdimuhamedov is keen to promote joint work in machine building, metallurgy, the chemical and food industries, agriculture and education, among oth-er areas — with Minsk in agreement.

At that time Mr. Lukashenko has proposed increasing deliveries of trucks and tractors to Turkmeni-stan, as well as harvesters, buses and cargo freight carriages. In fact, harvesters and buses are already being tested in Turkmenistan and are demonstrating good results; it seems likely that supply contracts will soon be signed. However, this is only part of a major Turkmen programme of transport infrastruc-ture development, aiming to connect neighbouring states to the Persian Gulf, via optimal automobile and railway routes. The project will require the construction of logistics centres, with which Belarus is keen to help, having experience.

The mining and chemical industries also offer prospects, as does large-scale housing construction in Turkmenistan, using Belarusian materials and lifts. Joint ventures in light and textile industries look promising, with a factory sewing uniforms for Turkmen power agencies likely soon to open. Perhaps the biggest venture is the construction of mining and processing facilities at Garlyk, by Belarusian spe-cialists. Our presidents agree that this is most certainly of mutual benefit.

We enjoy many mutual interests, leading to Mr. Berdimuhamedov supporting Mr. Lukashenko’s pro-posals to lay out more detailed plans — via the Inter-governmental Commission for Economic Co-operation. In elaborating a clear ‘roadmap’, efforts can be optimised, for maximum efficiency.

Our humanitarian collaboration is of no less importance, with over 8,000 Turkmen students already studying in Belarus; Ashgabat is keen to increase their number. Mr. Lukashenko instructed the gov-ernment to study this issue while also thinking about the construction of a hostel for Turkmen stu-dents with national peculiarities. An opportunity is also being discussed to construct a hotel-type build-ing for Turkmen scientists who arrive in Belarus in big quantities in line with scientific exchange pro-grammes.

As a result of negotiations, almost 15 documents have been signed, promoting interaction across di-verse spheres. The presidents made a joint statement confirming the progress of inter-state relations — politically and economically. Both heads of state noted the substantive and constructive character of their talks, and Mr. Lukashenko thanked Mr. Berdimuhamedov for approving most of the initiatives offered by Belarus: new projects are now to be added to the 16 already being implemented in Turk-menistan, with support from Belarus. These look set to be worth at least $1.145bln.

Dialogue continues, with Minsk and Ashgabat having a clear vision of the way forward, as symbolised by Mr. Lukashenko and Mr. Berdimuhamedov laying a ‘time-capsule’ in the foundations of the new Embassy of Turkmenistan to Minsk. The gesture confirmation the seriousness of intentions and, clear-ly, the construction of a beautiful building in the country with which one plans to co-operate, long and constructively, says much. Belarus has allocated a beautiful and prestigious site, close to the Palace of Independence, where a ‘territory of friends’ is being formed. Nearby, Kazakhstan has begun construc-tion of its new diplomatic mission building, and the Russian Embassy is situated on the other side, as is a residential complex for working diplomats. Such geography speaks much of Belarusian foreign politi-cal priorities.

The President of Belarus is convinced that the creation of an island of Turkmen in Minsk will open up new opportunities for expanded collaboration. He has called the embassy complex a house of friend-ship and a venue for constructive meetings. Mr. Berdimuhamedov thanked his Belarusian colleague for this and assured him that the new embassy building will be a place in which Belarusians will be wel-come to learn more about the culture and arts of Turkmenistan, as well as hosting scientists and cul-tural figures.