Although rarely found on TV or in glossy magazines, women’s work is essential to our modern culture of behaviour

Talent and kindness create a miracle

Although rarely found on TV or in glossy magazines, women’s work is essential to our modern culture of behaviour

Every year, Belarus hosts several beauty pageants, with pretty new faces regularly appearing on our TV screens. With spring in full swing, our streets are full of stunning ladies, turning gentlemen’s heads. If beauty saves the world, men should thank women for the care they take with their appearance, which pleases not only themselves but those around them. Of course, many are not only beautiful but talented professionally.

Such women may seldom appear on TV or in magazines but they worthily represent our country in Belarus magazine, preserving our national cultural traditions, without which humankind might hardly exist. Belarus could hardly be imagined without these women. Here they are! 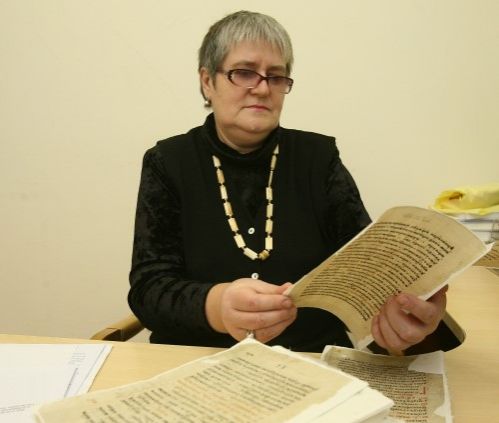 
Everyone needs a doctor’s expertise from time to time, since our bodies age. Similarly, books are born as fresh editions but, over time, receive injury and wear, requiring assistance. Covers and pages may be stained or torn, meaning that emergency aid is needed. People tend to use glue or scotch tape but this isn’t ideal, creating more damage and failing to look neat. Books are more than a source of knowledge: they are cultural monuments and works of art. Sadly, only a few specialists are trained in restoring editions properly.

Staff at the National Library enjoy restoring books but only a select few are admitted to its Department of Restoration and Conservation of Librarian Documents. Pleasingly, I had the chance to meet Zoya Kovalenko, who heads her department. It rather resembles a hospital, with laboratories and operating tables. Staff analyse, cut and place books on shelves, to ensure that ‘healing’ goes well. Afterwards, editions are returned to reading halls. Ms. Kovalenko admits that restorers’ work never ends, telling us, “Almost each of the nine million books kept at the National Library needs repair.” She never wearies of bringing editions back to life, as she loves her job. She does feel anxious that only a few young people enter the profession, which hardly lures with large salaries. Here, inspiration reigns, as well as a feeling of duty. Who else would restore books if it were not for those like Ms. Kovalenko? All those borrowing editions from the National Library should remember that Ms. Kovalenko’s hands have held the pages. 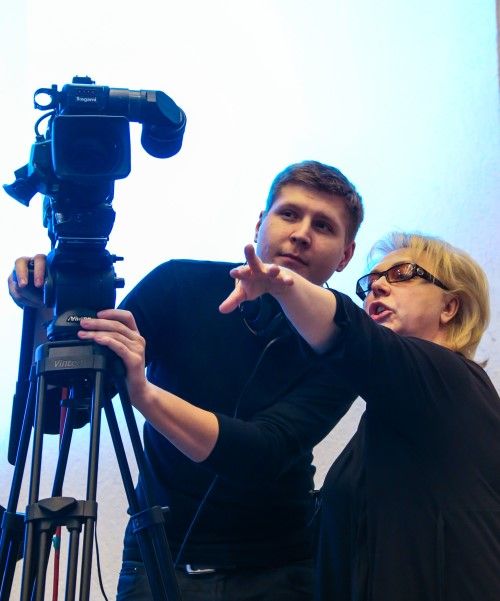 
Modern television aims to surprise us with original projects but those familiar with neighbouring states’ programmes will know that many shows are, in fact, imported. In recent times, Belarusian television has regularly purchased foreign programmes despite having its own creative ideas and talented personalities.

Producer Anzhelina Mikulskaya, who heads the Directorate of Special Projects at the All-National TV Channel, never appears on screen, preferring to work behind the scenes. However, she’s a major miracle maker, telling us, “We first study others’ experience, investigating the most popular programmes from past seasons: musical, psychological, entertaining and sporting. After looking at ratings, our creative team begins brainstorming. It’s not easy producing a TV project, as much knowledge and experience in the field of Belarusian television is needed. You need not only an interesting idea but a notion of how to bring it to the screen. Our team boasts psychologists, who forecast how viewers will respond to certain information or an entertainment idea.”

Ms. Mikulskaya is so full of ideas that you can’t help but be intrigued by what she has planned. She is truly an enchantress, working her magic from the shadows. 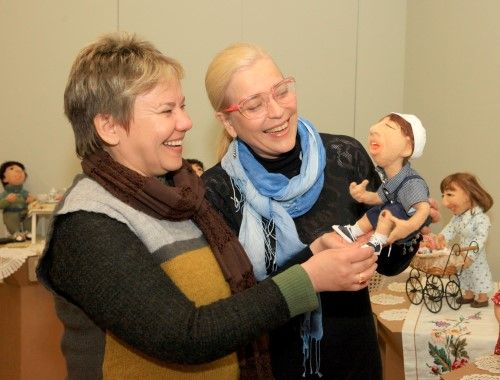 Lyudmila Khmelnitskaya, head of the Mark Chagall Museum (on the right) and Valeriya Gayshun, author of Jewish dolls collection, included in “In search of the lost” exposition
Photo:Belta


Vitebsk is globally known as Marc Chagall’s homeland: the place where he grew up. He loved the city and painted his best works there. In the 1990s, art expert Lyudmila Khmelnitskaya learnt from archive documents that the house where the prominent master once lived remained on Pokrovskaya Street. From 1998-2014, she headed the Marc Chagall Museum and continues to study the life and creativity of her ‘hero’.

Ms. Khmelnitskaya studies the catalogue of archive documents (kept in Belarus and Russia) relating to Chagall; the museum, on Pokrovskaya Street, attracts hundreds of tourists, thanks to her efforts. Chagall’s house is situated just 10 minutes from the Vitebsk’s bus and train stations, so even those leaving the city in an hour can visit the unique site. Ms. Khmelnitskaya is a wonderful tour guide to the city, knowing so much about its buildings, which often have a connection to Chagall. Among them are the Art College (at 5a Pravda Street), which Chagall directed from 1919, and the Trade School (on Lenin Street), as well as the Governor’s Palace (which Chagall visited as Commissar for Artistic Affairs). He also visited Vitebsk’s Art Museum, which housed the Palace of Work after the Revolution, hosting artistic debates. Chagall depicted the building on the Dvina River in one of his paintings. 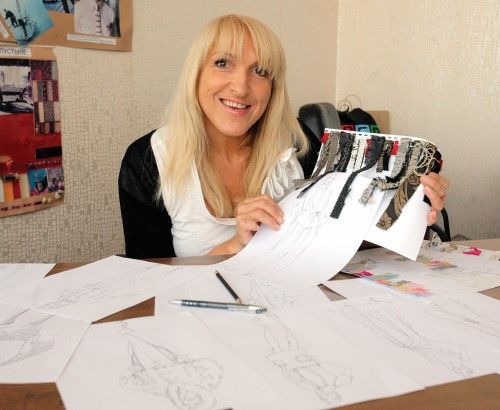 
It’s impossible to assert that Belarusian Fashion Centre designer Elvira Zhvikova is a Belarusian Coco Chanel since she doesn’t create new trends and has no influence on Belarusian enterprises’ coming collections. However, many celebrities view it as an honour to wear clothes designed by Elvira. She has an eye for fabrics and colours distinctly Belarusian and fashionable. “We once showcased our linen clothes in Germany. Eco-friendly clothing is to the fore in Europe but those in the West are sceptical of designers from Eastern Europe. In fact, foreigners have been pleasantly surprised by our designs, textiles and quality of sewing. We use silk, wool and linen in our clothing for women, in styles romantic and elegant. Event those who work at fashionable boutiques often buy our dresses.”

Ms. Zhvikova is among those who have been preserving the traditions of Belarusian fashion since Soviet times, although she is an innovator rather than a conservationist. It’s no easy task to stand against global brands — now widely available in most shops. However, the lady with the beautiful and fashionable name of Elvira does all she can to promote true Belarusian style for future generations. 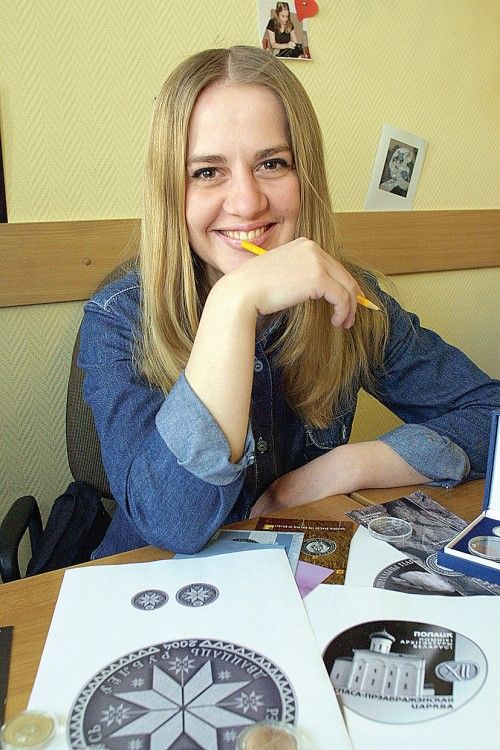 Belarusian purses lack metal coins, since all our money is paper. However, the Republic does produce a small number of commemorative coins through the National Bank. Among such designers is artist Svetlana Zaskevich: a graduate of the Belarusian State Arts Academy. Her original, fashionable and unusual ideas, and willingness to accept criticism and instruction, have brought her success. Working with great creativity and quality, making truly original designs, she has helped place our ‘iron Roubles’ on the map with collectors.

Only a few people know her face but archive documents confirm her authorship, which begins each time with fantasies and dreams, followed by painted sketches or computer designs. Later, plaster or wax moulds take over. Several of Ms. Zaskevich’s coins feature the first Belarusian dukes. One is devoted to Yevfrosiniya Polotskaya, for which she chose to live for some time in a nunnery, to better depict the saint, showing her dedication to her craft and for which she deserves special honour.


Olga Khizhenkova: a miss of mercy 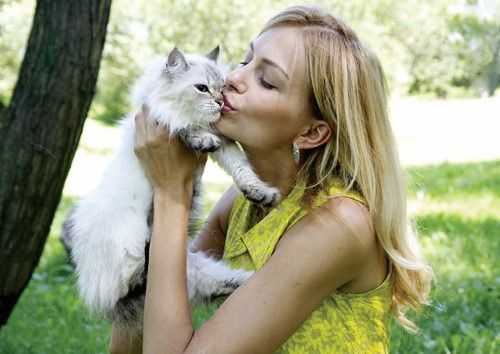 In 2008, Vitebsk’s Olga Khizhenkova won the Miss Belarus Pageant. However, unlike many other winners, Olga did not move abroad; she chose to remain in Belarus, where she married not a wealthy foreigner but a local man. She now devotes her life to rehoming unwanted dogs and cats, rather than fashionable clothes. Few of Olga’s acquaintances know of her work but she has an online advertisement, seeking a new owner for a cat she found near her house. The next day, she brought the cat to see me: one of our ‘younger brothers’.

“For a long time, my desire to help stopped at mere pity. However, as soon as I moved to my own flat, I became more involved. I can hardly say how many homeless cats and dogs have stayed at my house:  over 50 for sure. My husband supports me in this. No other situation would have been possible, as I would have never married a man who didn’t similarly love animals,” she explains. No doubt, beauty reigns in our world but it’s accompanied by kindness. Olga is among those who are making our world more beautiful and kind, doing so wholeheartedly. 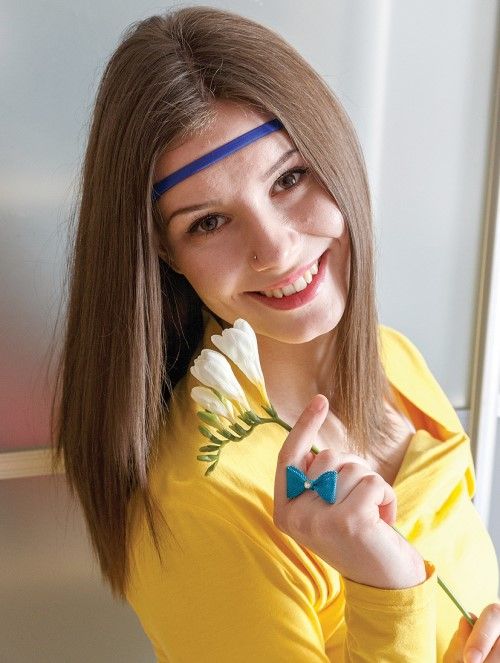 
There is a saying that a person’s name influences their life and fate. This truth is well confirmed by Minsker Darena Ignatenko: the youngest participant of the Academy of Talents TV project. In early January, she celebrated her 16th birthday, and decided to join adult life with the help of leading producers. Her aim is to make a profession of singing, although she has only just begun her studies at Minsk State Arts College’s Pop Music Department.

Clearly, Darena (whose name means ‘God-given’) boasts unusual talent. At the age of four, she began singing and, by 5, was being taken by her parents to a vocal studio. As well as being a wonderful singer, she has stage presence and can dance well, being fond of street dance and figure skating. It’s quite probable that, in a few years, we’ll see Darena at the major Belarusian ice palace: a breakthrough for the country’s artistic culture. There’s no reason why she shouldn’t realise all her plans, entertaining us with bright concert programmes.

Every year, Belarus joins the rest of the world in celebrating International Women’s Day, on March 8th. This wonderful holiday allows us the opportunity to show our mothers, sisters, daughters, friends and wives how much we love and appreciate them. Most men would agree that we must honour not only beauty but the talents of women, who experience challenges and whose efforts create perfect results, arousing admiration.